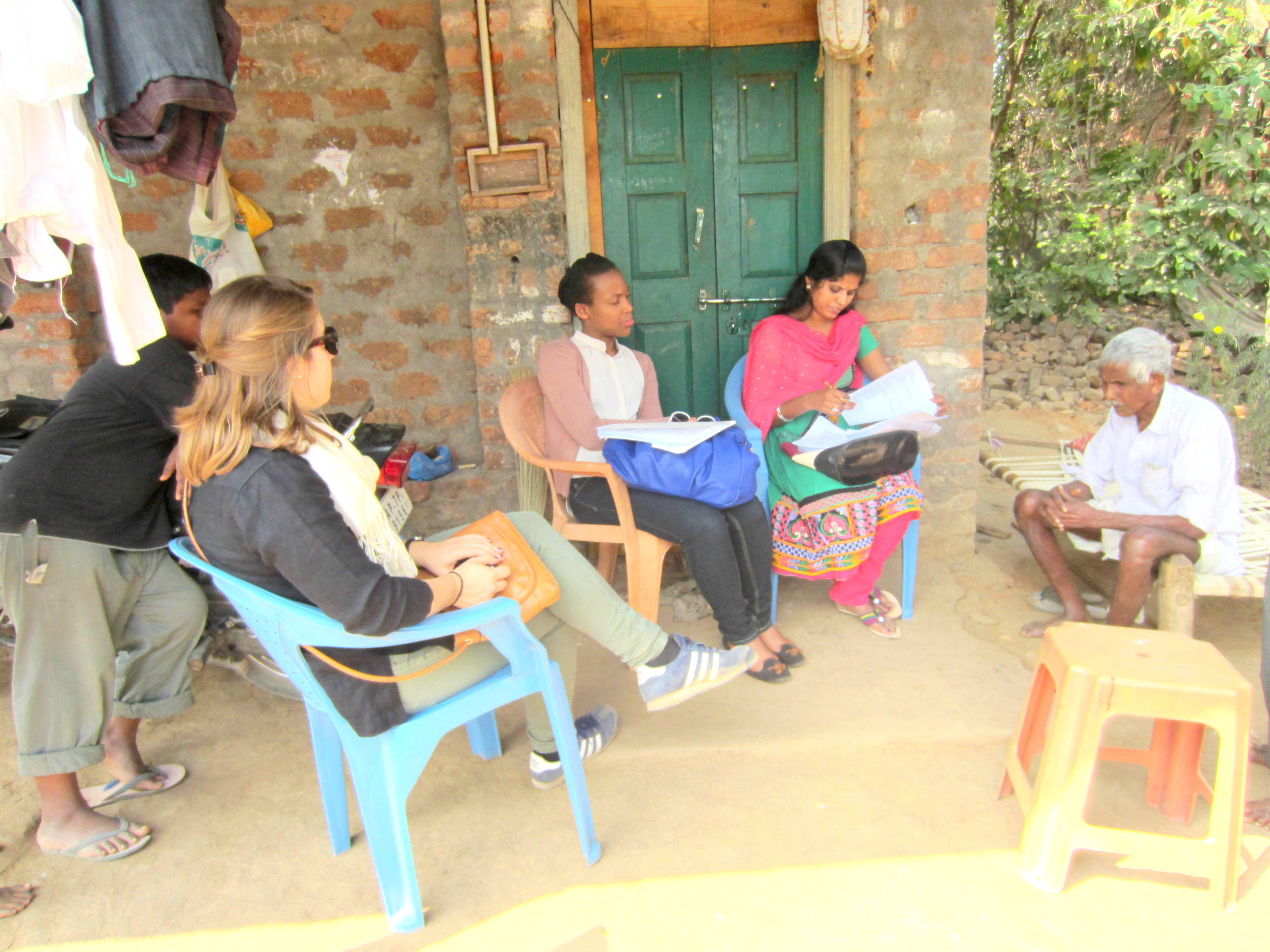 Winter break and the polar vortex have come to an end, but not before a series of trips took SAIS students around the world. Organized by a varied group of departments and student groups, these career treks and fieldwork opportunities gave members of the community a taste of life outside of DC.

India proved to be a particularly popular destination for the SAIS community, with three practicum trips headed to the country. One group of students in the International Development program spent the break in Hyderabad and Paloncha while working with the L.V. Prasad Eye Institute, a local eye health facility that has previously done work with Carey Business School. While there, SAISers worked with doctors and scientists to interview patients to improve local compliance with prescriptions.

Closer to home, the Houston career trek allowed students to interact with many of the major players in America’s energy market. Students met alumni from firms such as ExxonMobil, ConocoPhillips and Deloitte, which provided an inside view into the global resource market and the future of green energy. “We talked about the outlook for energy over the coming years and the politics involved. It was a one week crash course on oil and gas markets in America and beyond,” said second-year student Maxwell Cohen.

China also received a visit from the SAIS community. Students in the Energy, Resources and Environment program worked together with the Carbon War Room to review the state of cement sustainability across China. After a semester of preparation, students delved into the environmental issues that China currently faces. In Beijing, Wuhan and Shanghai, meetings with manufacturers, engineers, architects, regulators and construction teams illuminated real ways that the public and private sectors can make the country’s growth more sustainable.

Conflict management concentrators had to ability to make their mark in Asia as well. Sixteen SAISers spent the break on the department’s annual trip to a conflict zone, where students get the opportunity to investigate the factors that play out in real conflict resolution. This year, students went to Philippines’ Mindanao Island, where a lengthy insurgency has been going on for decades. Despite the ongoing conflict, students were able to talk with key players and agencies on both sides of the ongoing negotiations between the government and opposition groups.

“Being able to be there and see the different actors in action is an invaluable experience, especially for someone planning to work in conflict management,” said second year student Joseph Geni.

Overall, many of these trips have lasting components that will have a real impact on the partner’s way of doing business. The eye clinic has already begun to integrate several of the key findings into its routine. The fieldwork in China will form the basis of a Carbon War Room report on the Chinese cement industry later this year. Likewise, the students from the Mindanao report will be publishing their analysis of the peace talks this semester.

When asked to discuss what they’ve taken away from the trips, many students cite the chance to sample life in the new surroundings. In Shanghai and Houston, happy hours and banquets provided students with the ability to quiz alumni on their experiences abroad.

However, these experiences can take a far deeper form as well. As second-year student Hilary Kinka stated, “I went to two orphanages where [one of my coworkers] volunteers weekly, to her church, to her home to meet family and then to a gathering at her cousin’s house to celebrate the day after his marriage. … It was cool to better understand life in Hyderabad.”

SAIS’ many trips stood out to many participants as an important milestone in their time at the school. As one student put it, “It was good to see life outside the grad school bubble — to see how decisions get made, how businesses really work. … It was a real practitioner’s perspective.”

Previous post Bologna Stays Up for the Super Bowl

Next post Dean Vali Nasr, One Year In
The SAIS Observer Staff