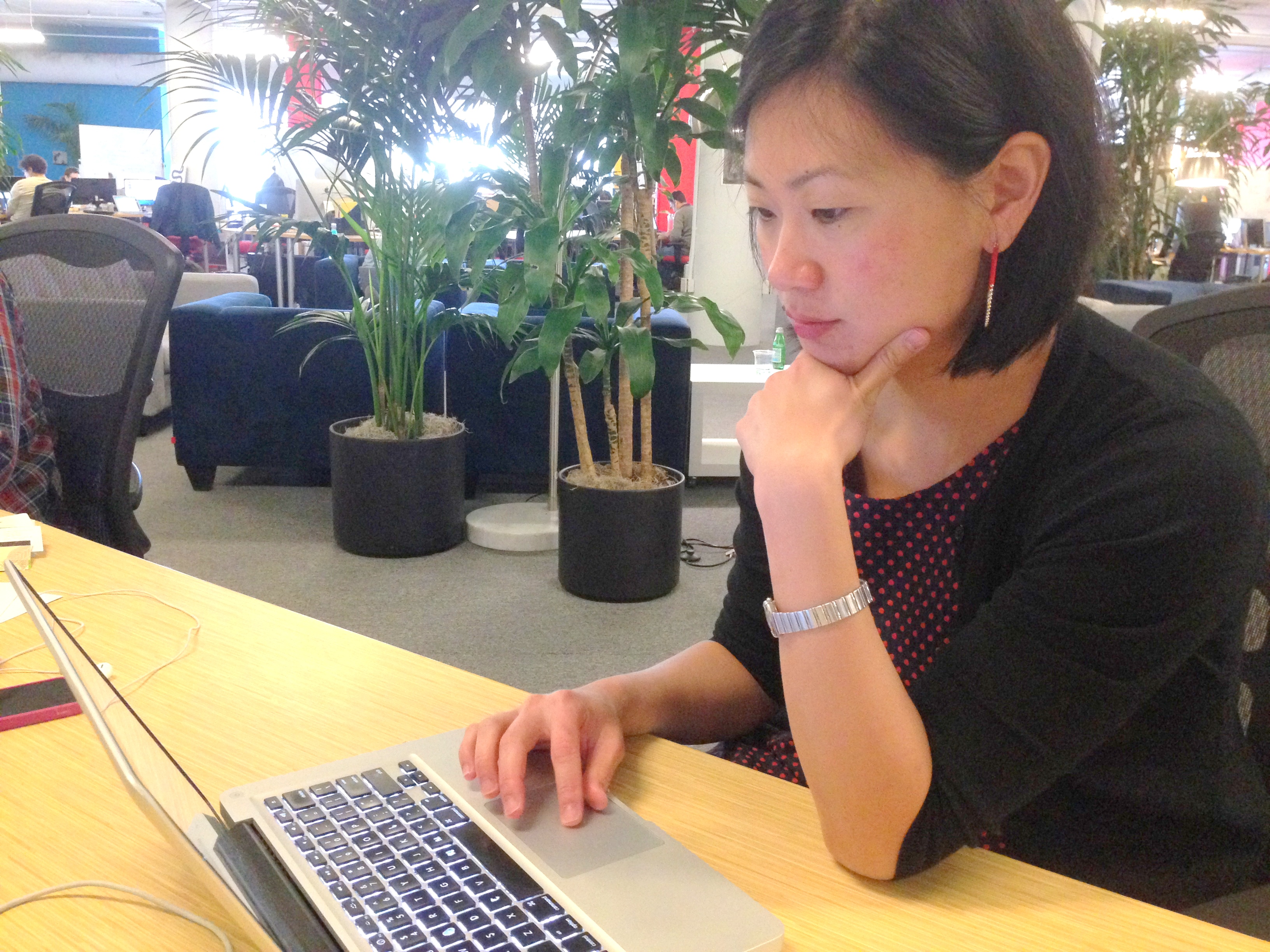 Sibyl Chen, an alumna of SAIS Europe ’03 and SAIS Washington ’04, has worked on the business side of the movie industry in Hollywood and now lives in San Francisco. Some of her recent projects have included the development and release of the mobile game, “Alphie the Squid,” and the distribution of the Chinese film, “Empire of Silver,” winner of Best Director at the Shanghai Film Festival in 2009.

When Sibyl Chen first started at SAIS, she thought she would work for the State Department or the CIA. That aspiration changed in her last semester at SAIS when Career Services Director Ron Lambert pushed her in a more entrepreneurial direction.

“It was sobering nearing the end of graduate school and not only being uncertain about what profession to pursue but realizing that I might pursue a career in a completely unrelated field to what I had studied,” Chen said.

So after graduating from SAIS, Chen packed her car and drove to Hollywood.

“I had always been a cinephile,” she said. “I’d always loved the way films move people to laugh, cry, and think. I was drawn to the creative world and realized that I really wanted to explore that interest first.”

Landing on the doorsteps of Hollywood, Chen initially thought she would work as a writer or director who “changed the direction of a cause with a great film,” but she ended up working at a talent agency.

“It was highly entrepreneurial,” Chen said, “and you had a lot of autonomy to find and source deals.”

Eventually she ended up at the Creative Artists Agency (CAA), the largest Hollywood talent agency, where she worked in the independent film department to coordinate financing for films. Some of the films coming out of the department included “Milk,” “Black Swan” and “American Hustle.”

“Working at an agency that [represents] top talent was kind of a weird dream,” Chen said of her time at the CAA. “I got to meet several of my childhood idols.”

After some time, Chen realized the “Hollywood lifestyle was unsustainable” and partnered with a movie director to run a Chinese movie production and mobile game financing company, Crystal Entertainment.

Chen negotiated the theatrical distribution deal for the company’s film, “Empire of Silver,” which won Best Director at the 2009 Shanghai Film Festival. The film, based on the book of the same name, follows a young Chinese man as he takes over his father’s banking Empire in 1899.

In the company’s mobile gaming division, Chen launched the company’s first mobile game, “Alphie the Squid,” an ocean exploration game “designed to get kids excited about learning about all the different sea creatures,” according to Chen.

Outside of her film career, Chen has several other initiatives, one of which is Gourmand, an e-commerce website set to launch in August that will allow specialty food vendors to reach a broader national market.

“I took a one-month sabbatical in France last year and was saddened to see the local Carrefour putting all the specialty food-makers in the little village out of business,” Chen said. “I wanted to create an online marketplace that addressed that issue and help vendors scale their business.”

Given all of her career changes since SAIS, Chen will be the first to admit she has deviated from using her SAIS degree in a traditional way. But she thinks she has employed it and has benefited from it in a myriad of other ways.

“When you’re at SAIS, you’re surrounded by like-minded individuals who are passionate about moving the needle,” she said. “I was inspired by my peers, and it reaffirmed and further fueled my own desire to do something that was socially impactful.”

Chen’s advice for current SAISers has much to do with what she thought were her own dreams at one point.

“I would have loved to be born as a talented movie director,” she said, “but the tension was always there between doing what I love and what I was really good at. In spite of my passion for directing films, I just knew I didn’t have the chops.”

Instead, Chen said, she knew she had business acumen and chose to pursue a career working on the business side of the film industry. That decision has shaped her life since and how she advises SAISers:

“Think very clearly about what your truest passion is and then find where your greatest skills lie and what that means in terms of the career you should ultimately choose.”