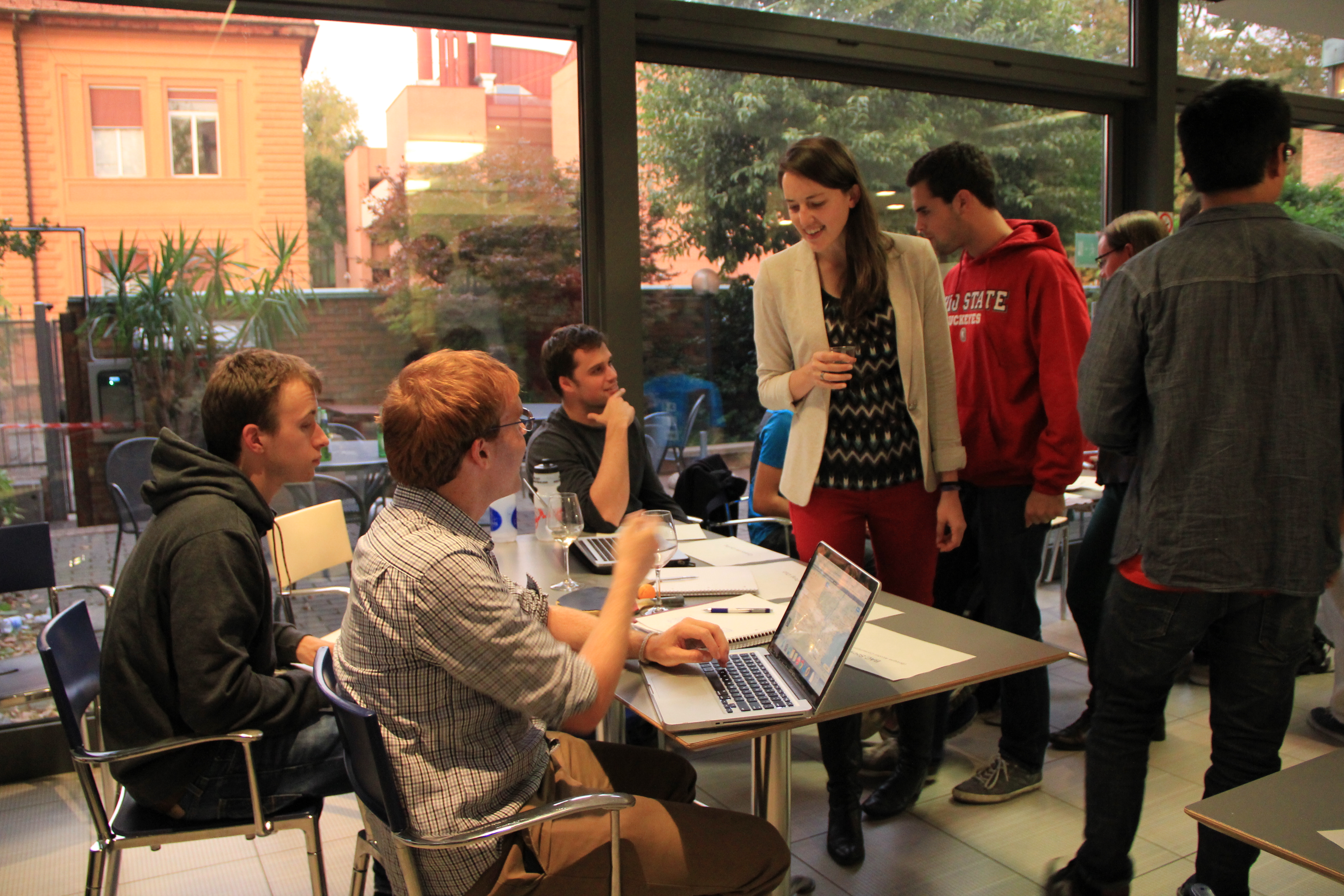 The browsing students had a wide variety of clubs to join, ranging from a basketball club to a Cities and Urbanism club to an Economics and Finance club.

“I was absolutely pleased with how many people showed up. I saw a bunch of clubs had over 40 people sign up, which I definitely did not expect to happen,” fellow SGA representative Max Beck said. “It wasn’t just one; it was a bunch, especially Women in International Affairs. I was absolutely impressed with the amount of effort students put into these clubs.”

The South Asian Culture club created a rangoli, a type of Hindu folk art, to celebrate the Hindu festival of Diwali, which happened to coincide with the fair. They did not have the traditional materials of colored rice, sand or flower petals, but made do with crushed sidewalk chalk.

In coordination with the Club Fair, the Halloween party planning committee hosted a bake sale to raise funds for that event and was rewarded with a steady line of hungry students.