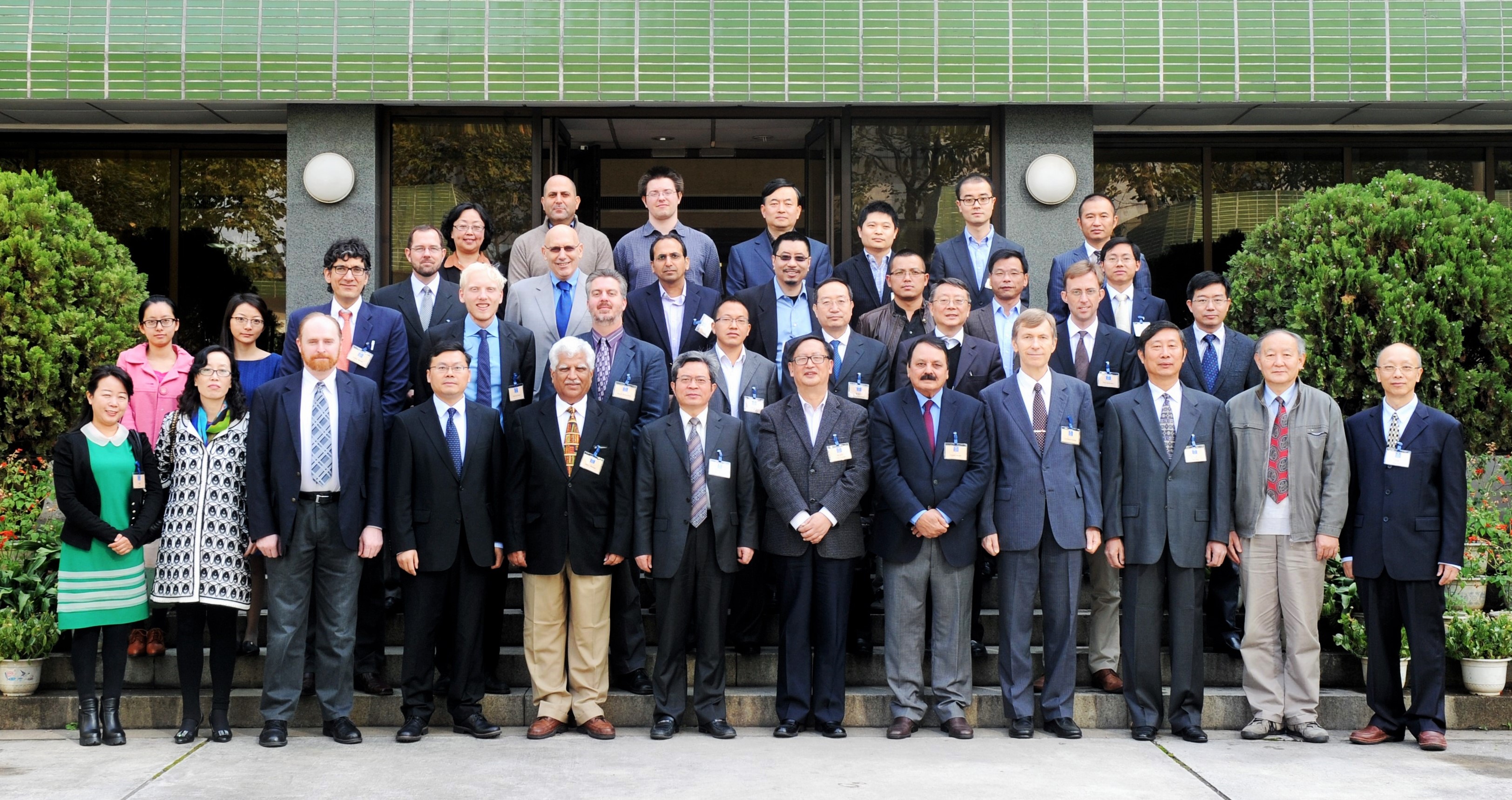 NANJING — On Nov. 7 and 8, nearly 35 scholars from around the world converged on the Hopkins-Nanjing Center for the second international conference to be held at the Center this year. The conference, entitled “The Silk Web in the 21st Century: Global Landscapes Among the West, China, and Southwest Asia”, brought together scholars from many countries including China, the United States, Pakistan, the United Kingdom, Canada and Germany, for a discussion centered around China’s plan to resurrect the ancient maritime and overland Silk Roads.

The conference was a resounding success, giving scholars from a variety of academic disciplines the chance to come together for a lively discussion of what has turned into a hot topic in China and around the world since China’s President Xi Jinping first announced his plans for the creation of a new Silk Road Economic Belt and Maritime Silk Road in fall of 2013.

Conference participants presented their research over the course of nine different panel sessions, with thirty minutes after the conclusion of each panel reserved for discussion. Presentation topics ranged from discussions of geopolitics to the modern day relevance of ancient Confucian ideas in transnational context. Participants analyzed the distribution of oil and environmental resources along the proposed Silk Road, looked at the Silk Road proposal from the perspective of Peace Studies, discussed the origins of and options for combating religious extremism along the proposed route, and compared the appeal of China’s soft power in the West versus the Muslim world. Many of the presentations led to lively discussions. Questions about the broader security and geopolitical implications of what has been presented by China as a largely economic initiative sparked especially intense debate.

Conference participant Dr. Russell Arben Fox, a scholar from Friends University in the United States who came to China from the U.S. for a total of only four days especially to attend the conference, was full of praise for the event. Fox, whose paper was entitled, “The Confucian Tradition and Civil Education”, said the conference was “far larger, far more formal, and far more impressive than I had thought it would be”. He found the conference fascinating, since it gave him the chance to “learn so much from people who come from so many different scholarly areas that I would normally have no contact with.”  According to Dr. Fox, the conference was, “delightful. Intimidating, but delightful”.

Hasan Karrar, a scholar from Lahore University of Management Sciences, Pakistan, who presented a paper entitled “Chinese-Central Asian Bazaar Networks: The View from Kyrgyzstan’s Marketplaces” was also pleased with the outcome of the conference, which he said had given him the opportunity to hear “a range of opinions on a very timely topic.” Dr. Karrar, who speaks Chinese, has been to China several times before, but this was his first trip to Nanjing. He came to Nanjing from Lahore specifically to attend the conference, and planned to stay for a total of five days. He felt that the opinions and views expressed at the conference gave him “a lot of things to ponder about and to formulate into research agendas down the road”.

The conference was organized by Professor Adam Webb, Resident Professor of Political Science at the HNC, and Professor Hua Tao, HNC professor and member of Nanjing University’s History Department. Both professors not only went to great lengths to organize the event during the year-long planning process, but also presented papers at the conference themselves.

The original idea for the conference grew out of a research trip that Professor Webb made to Pakistan in 2013, and is a manifestation of what he terms his “enthusiasm for broadening the focus of the Center from China and the U.S. to a more global focus”.

According to Professor Hua Tao, the idea for the conference met with the approval of the HNC administration, which is interested in increasing the number of similar events held at the center. The conference also received a great deal of support from Nanjing University throughout the planning process.

Although Professor Hua Tao felt that the conference was a great success, he mentioned that it could have been even better if professors from other SAIS campuses had been able to attend. He hopes that in the future, SAIS Nanjing will be able to work more effectively with SAIS D.C. to arrange for professors based at other SAIS campuses to attend conferences held in Nanjing.

Many HNC students were directly involved in the conference as translators and volunteers, and quite a few students took time out from the various Alumni Weekend events which were also happening at the Center to attend one or more panels.