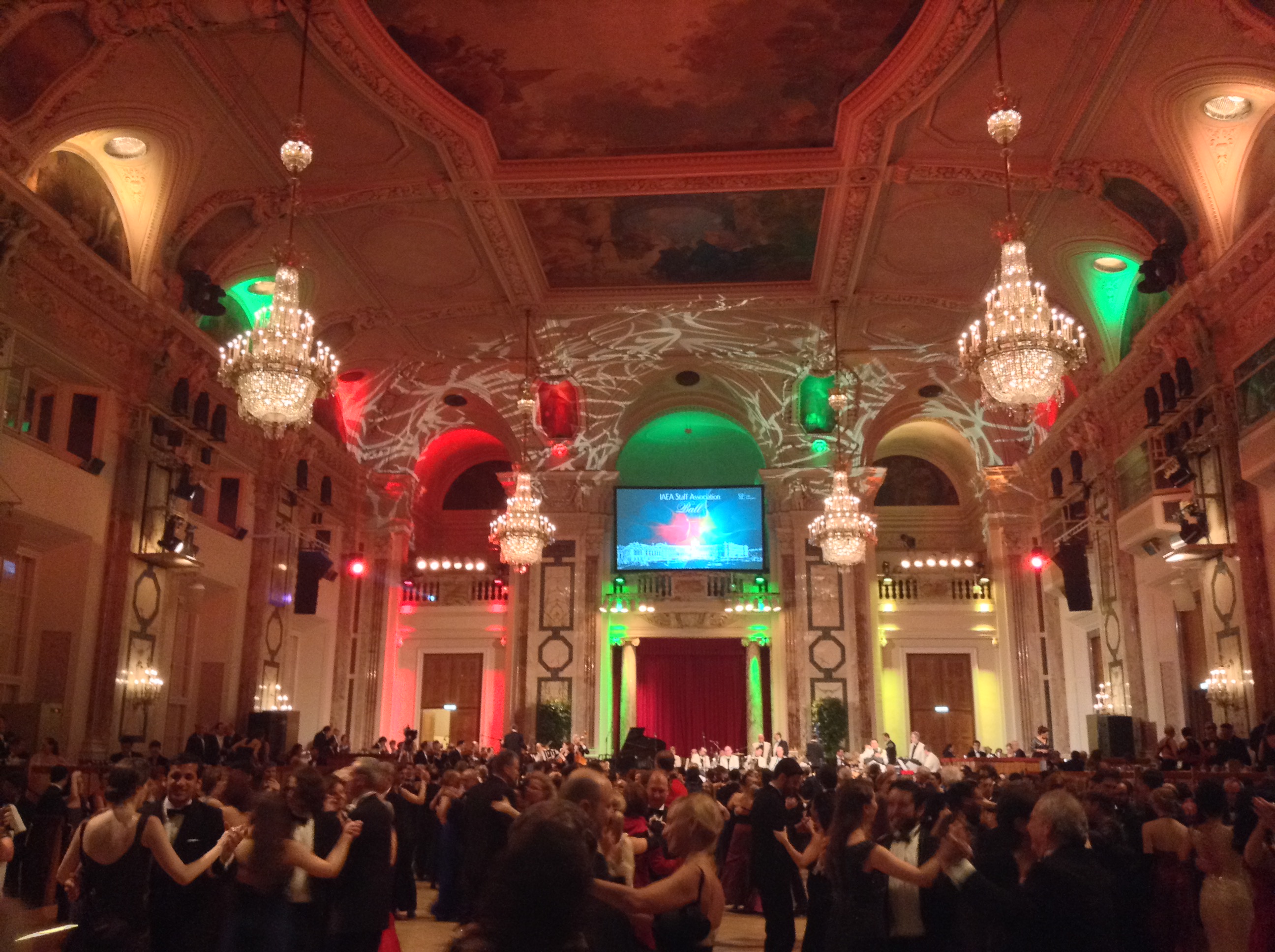 No, there was not a new firm or organization looking to hire Europe’s best and brightest students, nor was there a mass craving for Wiener schnitzel, Sachertorte and mélange. Instead, close to 100 students and invited guests, resplendent in ball gowns and tuxedos, waltzed right into the Hofburg Palace, former home to the Hapsburg rulers of the Austro-Hungarian Empire, and continued waltzing from ballroom to ballroom all night long.

The dancing was the continuation of an annual tradition in which SAIS Europe’s Austrian students organize a trip to the International Atomic Energy Agency Staff Association Ball. The weekend in Vienna began for most of the students when the busses pulled in about 8 a.m. Saturday morning. Some students napped before starting ball prep, while others went into the city for a few hours. The evening festivities started with a reception in Vienna’s beautiful Rathaus, or city hall, before moving down the road to the imperial palace. Karl Krammer, the president of the Austrian Bologna Chapter, welcomed the students with some well-thought-out comments about his city which he read off of a written speech.

One of the most interesting feature was a sense of disbelief at how amazing everyone looked. It was almost as though many were surprised, implying very low initial expectations. But as we know, given a good excuse, the SAIS Europe student body does clean up well. One student even commented “I am just tired of complimenting everyone.”

With many different rooms featuring live music, from traditional waltzes to 1970s classics, there was something for everyone at the Imperial Palace. Many students took advantage of skills acquired during the previous week’s evening waltzing lessons in SAIS Europe’s lobby to take a spin around the main ballroom, the Festsaal.

The festivities lasted well into the early morning hours, after which a hardy few spent Sunday exploring the sites in Vienna, including the opera house, Schönbrunn Palace (the Hapsburg summer residence) and sampling the delights of Vienna’s coffee house scene.

The buses, carrying a majority of the exhausted students, arrived back in Bologna just after 4 a.m. Monday morning, many of whom ‘waltzed’ into an 8 a.m. class.