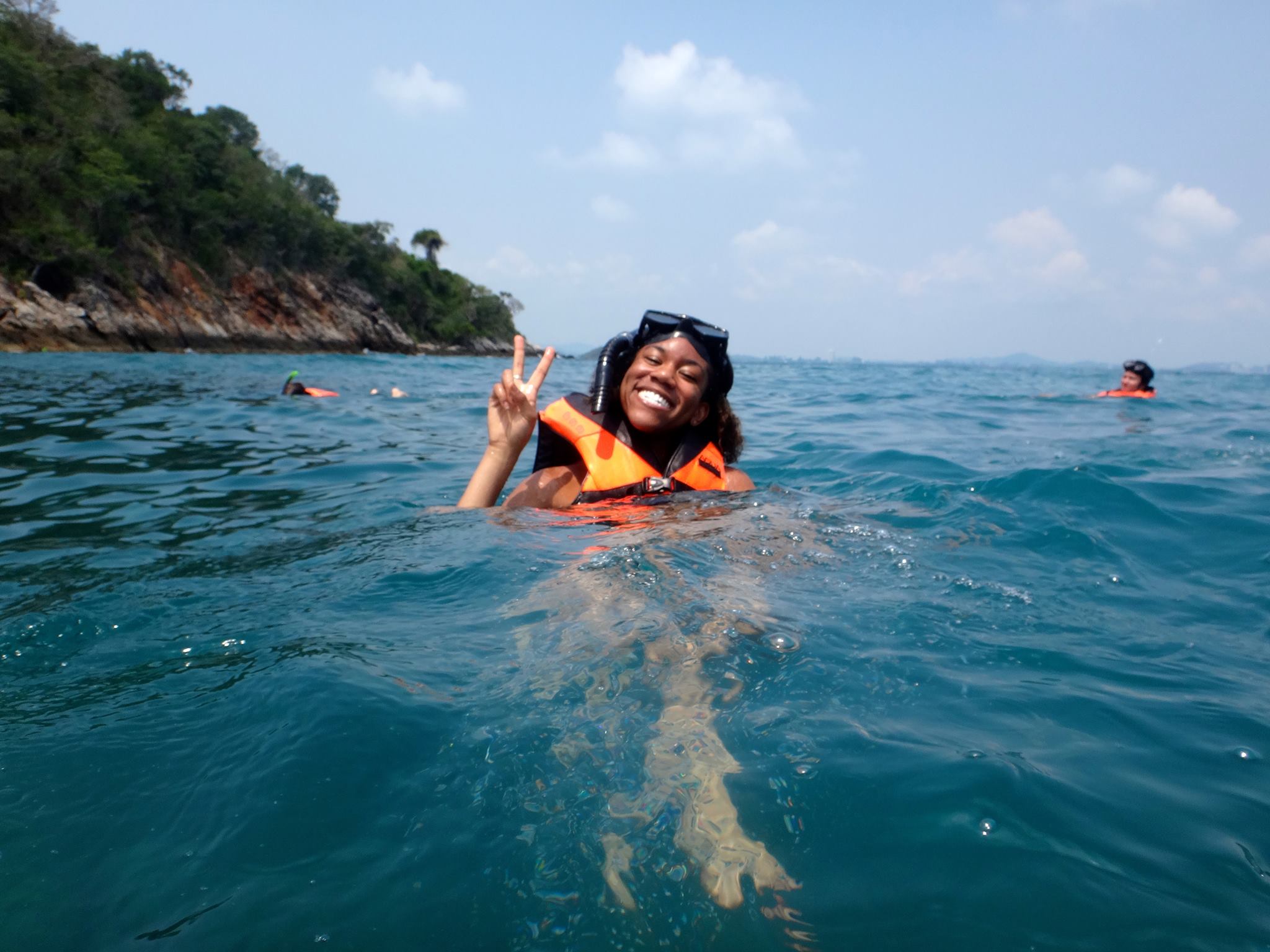 BOLOGNA—Spring break may have only been one week long, but that did not stop SAIS Europe students from making the most of it. From SAIS study trips to China and Costa Rica to other student-led trips to Lebanon and Albania to beach vacations in Thailand and the Canary Islands, students spread out all over the globe.

A few students shared their adventures with The SAIS Observer.

First-year student Tobias Schneider led a group of eight SAIS Europe students to Lebanon, where they visited Beirut, Tripoli, and the Bekaa Valley, among other places. During the trip, students worked on research projects they had planned and created before leaving Bologna. Schneider, who has worked in the region in the past, organized meetings and activities with local leaders.

Schneider: “At first, people had just asked to come along with me in January, but I moved it to spring. I decided to take people along, but only if they created a project for themselves, some vehicle through which to explore the country. If you just go around sightseeing, you just see the things that keep you safe, that conform to your inner narrative. There are so many people that go to Lebanon that say there’s great clubbing, great beach houses. If you have a reason to go (to the less touristy areas) then you’re much more likely to actually go and ask the right questions, so I wanted everybody to have a project that was appropriate for their skill level, their comfort level, their interests, et cetera.

“So if someone was entirely new to the region, they could do something on urban art or something easily visible, whereas someone with a lot of experience could go into the camps and do refugee issues. Then I’d provide a framework, set up meetings that are difficult to get for people who have no contacts there, set up tours of different neighborhoods.

“I think it was a great experience for everyone involved. The original plan didn’t work out, but it never does in that part of the world in particular. The main idea was to provide a vehicle for people to challenge themselves to get out there and see on-the-ground developments in a hugely complex place. I think some of them realized this was a good experience that they didn’t want to go back because it’s kind of risky at times and others I think sort of tasted blood.”

During the pinnacle of midterm stress, it seemed unfathomable that Spring break was around the corner and that we would be able to get out of our study bunkers soon, but no exams could keep it from coming. In search of answers to questions raised in classes that we have taken during our first year at SAIS, a group of us Bolognese decided to embark on an academic trip for Spring break, in the country of bunkers, right off the boot of Italy – to Albania.

Location is crucial, and from our campus in Bologna we have the advantage of geographic proximity to some of the most fascinating cases of countries in need of economic and democratic development – Eastern European countries that were once faithfully following communism and that now, for over twenty five years have been struggling with transition to a capitalist system.

We could not pass up the opportunity of continuing to learn outside the artificial classroom environment and that is why Danielle Nesmith, a former Albania Peace Corps volunteer, and myself, a native of the country that was once called “Europe’s North Korea,” decided to organize the academic trip to Albania.

All in all, Danielle and I set up six meetings and also organized a short informational field trip to a historic town, my hometown of Krujë. We learned about the importance of sound territorial reforms, what it means to measure impact in the corporate world as director of a foundation, the importance of hard and soft infrastructure, of law and order, of an uncorrupt judicial system, of overall transparency and of financing opportunities as a necessity for development.

Our group consisted of many different concentrators with diverse interests and perspectives, but if there is one overarching takeaway from the trip, is that “we must, indeed, all hang together or, most assuredly, we shall all hang separately.” When Benjamin Franklin uttered those words in 1776, he spoke of the importance of unity for the original thirteen colonies. Franklin’s words have a special meaning today for me, because when thinking of solutions to challenges in economic and political development, our trip to Albania highlighted the importance of well-coordinated efforts of public, private, and multilateral sectors for more impactful solutions.

Earlier this semester, I randomly decided to travel to Thailand for Spring break simply because I have never visited Asia. I’ve lived in Europe on and off since the summer of 2012 and really wanted to experience a country that I had absolutely no background in or understanding of. Thailand certainly was that place. The pace of life, people, food, culture, religion and, of course, language were all completely foreign to me and I absolutely fell in love with it.

I was in Bangkok for three nights and was able to tour some of the major attractions the city had to offer. This included the Grand Palace and temples of the historic part of the city, markets and shopping centers and the Bangkok Arts and Culture Centre. I then traveled to a small island called Koh Samet. This island was known predominately to Thai tourists, so I was one of very few foreigners there. The beach was brilliantly white and water was perfect. While on Koh Samet, I was able to go snorkeling with on a five-hour, six-island boat tour. I thought I died and went to heaven.

After a few nights on the island, I went back to Bangkok for one night before I had to begin my journey back to Italy (where I also spent a decent time in downtown Dubai, but that’s another story). In total, was in Thailand for six nights. Although this is a relatively short trip for such a far journey, I feel as though it was totally worth it. I achieved my objectives of exploring a new environment, learned a lot and met some really interesting people along the way. In the future, I plan on traveling more throughout Asia.

First-year SAIS Europe student Morgan Rote was one of 10 ERE students to go on a funded study trip to China to study the Chinese approach to climate change. The students, along with another group of 10 that went to India, will compile a report on windows of opportunity for cooperation on climate change between the U.S., India, and China in advance of the upcoming Paris summit.

Rote: “It was really, really cool. We were from all three campuses – two of us from Bologna, two from Nanjing and six people from D.C. That was cool to get to meet people from different campuses. The Nanjing students were the ones who really planned all the meetings and found the contacts.

“I’m really interested in climate change policy making and international negotiations and how we can achieve a deal internationally at the Paris talks. There’s a shift happening right now in climate change negotiations where it used to be very top-down, where they’d establish a target and then distribute how much each country should contribute to reducing emissions and now I’m seeing – and a lot of people are talking about this – a bottom-up approach to it, where it’s individual countries voluntarily committing to make progress and then hopefully it builds enough to make an impact. There are trade-offs but it has more promise right now of succeeding. And that was actually confirmed by one of the organizations we met with, they talked about a bottom-up approach.”