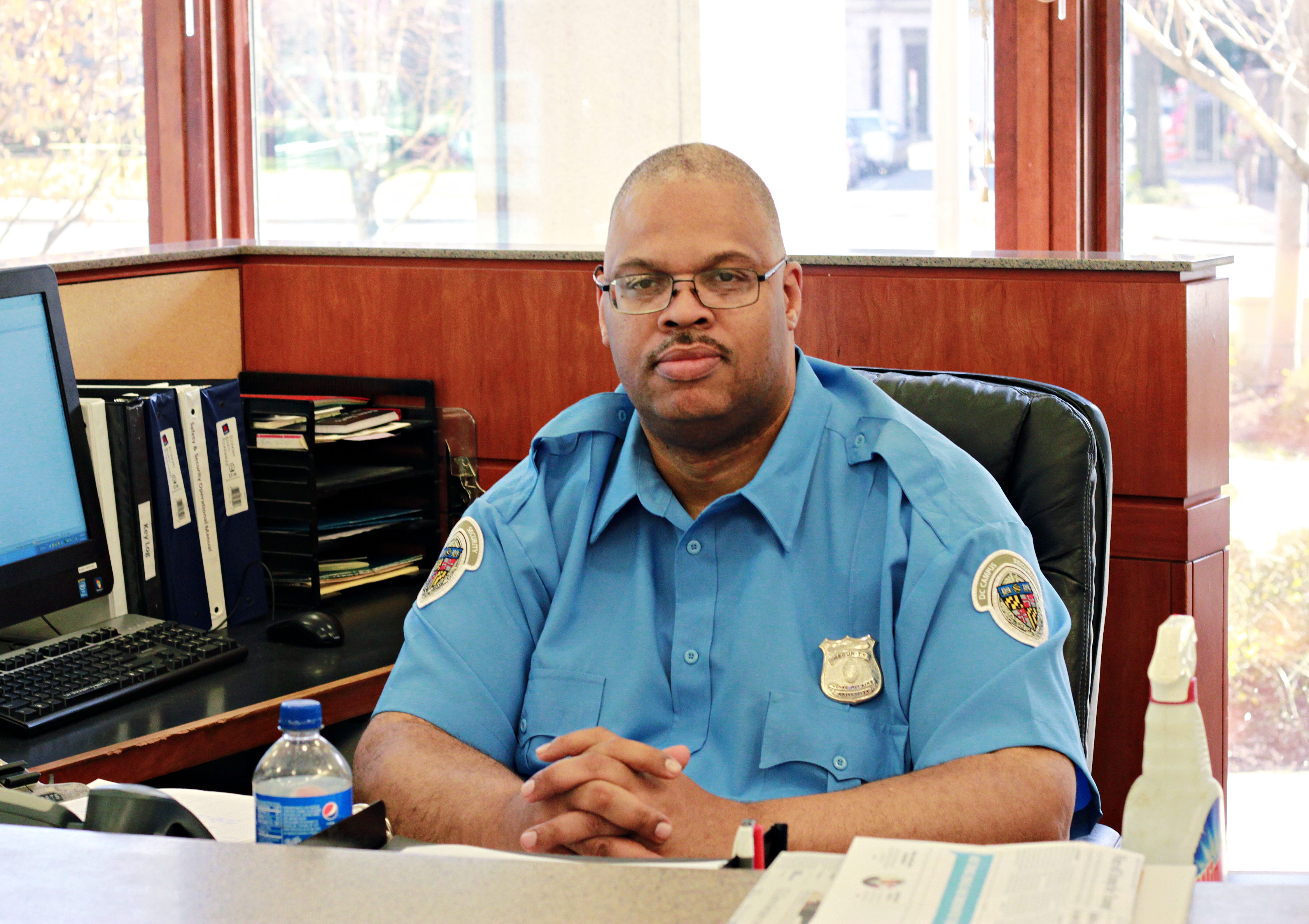 A familiar face to those who frequent the Rome building, Ken Blackwell has served in the SAIS security team for over 20 years. The SAIS Observer staff recently heard rumblings of Blackwell’s “See One, Feed One” initiative, a soon to be non-profit organization that provides bagged lunches for the District’s homeless population once per month. I sat down with Blackwell just before his third rendezvous to the homeless shelter on 2nd and D streets, near the U.S. Department of Labor, to learn more about his program.

What first gave you the idea for See One, Feed One?

I’m a person of faith. I’ve always wanted to help the homeless, but I always said I didn’t have money, so I just sort of gave up on the idea. I did do some volunteering. One day, a fellow volunteer told me: “Just show up with a yes, and God will supply the rest.” So I showed up with a yes, and next thing I know, people were asking “what do you need?” I had people bringing me loaves of bread, Ziploc bags, that sort of thing. In the first month, we fed about a 100 people, and that was in January of this year. We went down to 2nd and D street and opened up the trunk and asked “who’s hungry?” People started lining up.

Do you make all of the food yourself?

Yeah. I’ve got two crockpots, and just get some meat cooking the night before, put it on artisan bread the following morning, then it’s good to go. I try to give people something I would want to eat myself.

Have you had any challenges so far? It’s sounds like it’s mostly been a positive experience.

I’ve got people who live in the moment. I’m a religious person, God is my source. When I think I can’t do it, he provides it. I meet people, I network. It’s been positive for me, and I want to keep that positive mindset. I’ve worked in three other organizations doing this kind of thing. Each time I do it, I learn something different, and so I can always improve on what I’m doing. One example is separating water, sandwiches, chips, and fruit individually from the lunch bag. If you stuff all that in the bag, people don’t always want it. We give it separately. Otherwise things might get wasted.

Have any SAIS students helped out with your organization?

I’ve had a couple students donate food items, help out with fundraising, etc. I actually had to close my call for donations this month as I literally don’t need anything else. I’m not a non-profit yet. That’s my next goal. I’ve got a tax number and want to become 503c certified. Then I can go to restaurants and grocery stores to see if they have any unsold food they would want to contribute to the cause.

The issue is that with any food that’s left over, there are Food and Drug Administration rules and regulations as to how it can be used. I distribute my lunches on the street because the street gives you freedom from these regulations. If I’m on the street rather than inside an establishment, I don’t need to have a food handler’s license, for example. That is something I plan to go for anyway, but my operation is totally sanitary; we wear gloves when we make food and wear gloves when serving it. I try to respect dietary restrictions. If we’ve got ham and cheese sandwiches, I let people know. All food is labeled. We’ve met a lot of people of Islamic faith, for example, who won’t eat pork products, so we’ve been doing less with ham and cheese.

You talked a little bit about how you want to make it into a non-profit 503c. Apart from that, what other plans do you have for See One, Feed One?

I see getting clothes for winter, blankets, hand warmers. Passing out soup when it’s cold, hats gloves, mittens. I can see, if we get funding, enough money to go into a thrift store and getting socks and passing them out. I’d also like to enter homeless shelters and distribute there.

One of the professors here gave me a $25 gift card for my birthday and I used every dime to feed the homeless with that. I bought myself nothing. I saw this guy sitting under the bridge, coughing. I said “Chief, are you hungry?” And he said “man, I’m starving.” “I’ll be right back.” I went and got him something to eat. He thanked me, but I said “no, thank you for allowing me to help you.”

That’s my policy. I can bless somebody else because it’s not about me. I don’t take credit for anything because I believe this is something God wants me to do. Again, I’m not trying to evangelize to anyone, I’m just trying to give others what God has given me, and that is hope.

You were saying before that this started out as a moment of faith. There’s nothing else that drove you?

Someone told me: “You’ve got to show up with a yes.” If you’re always saying you can’t do it because you’re busy or something else, then you’ll never do it. If you start instead by saying you can do it, then watch what happens. So I said yes. People started helping me out, bringing things over. Just serving the people. It’s an extension of what I do at this desk. I serve people.

Can you explain that a little more? How do you connect your job here at SAIS with See One, Feed One?

Part of my job is customer service. People walk in, they want a friendly face, somebody to joke with, somebody to talk with. Ease the day. SAIS has taught me greetings in several languages. I told President Gorbachev good morning in Russian and he said good morning to me in English. He told me “your Russian is pretty good,” and I said “so is your English.” And he got a big kick out of it. All to say, I translate my friendliness and service at SAIS to how I’m serving other people in other communities. I can serve my fellow man also on the street. They don’t have anything, and I don’t have the means to help. All you need is a willing heart, and that I do have.

If people ask how to help, what would you tell them?

Just come talk to me at the front desk.

What advice would you give others who want to engage with their communities in this way?

Do it honestly and do it for the love of people. Not for anything else. Not for the pat on the back, not to be put on TV. Be genuine.