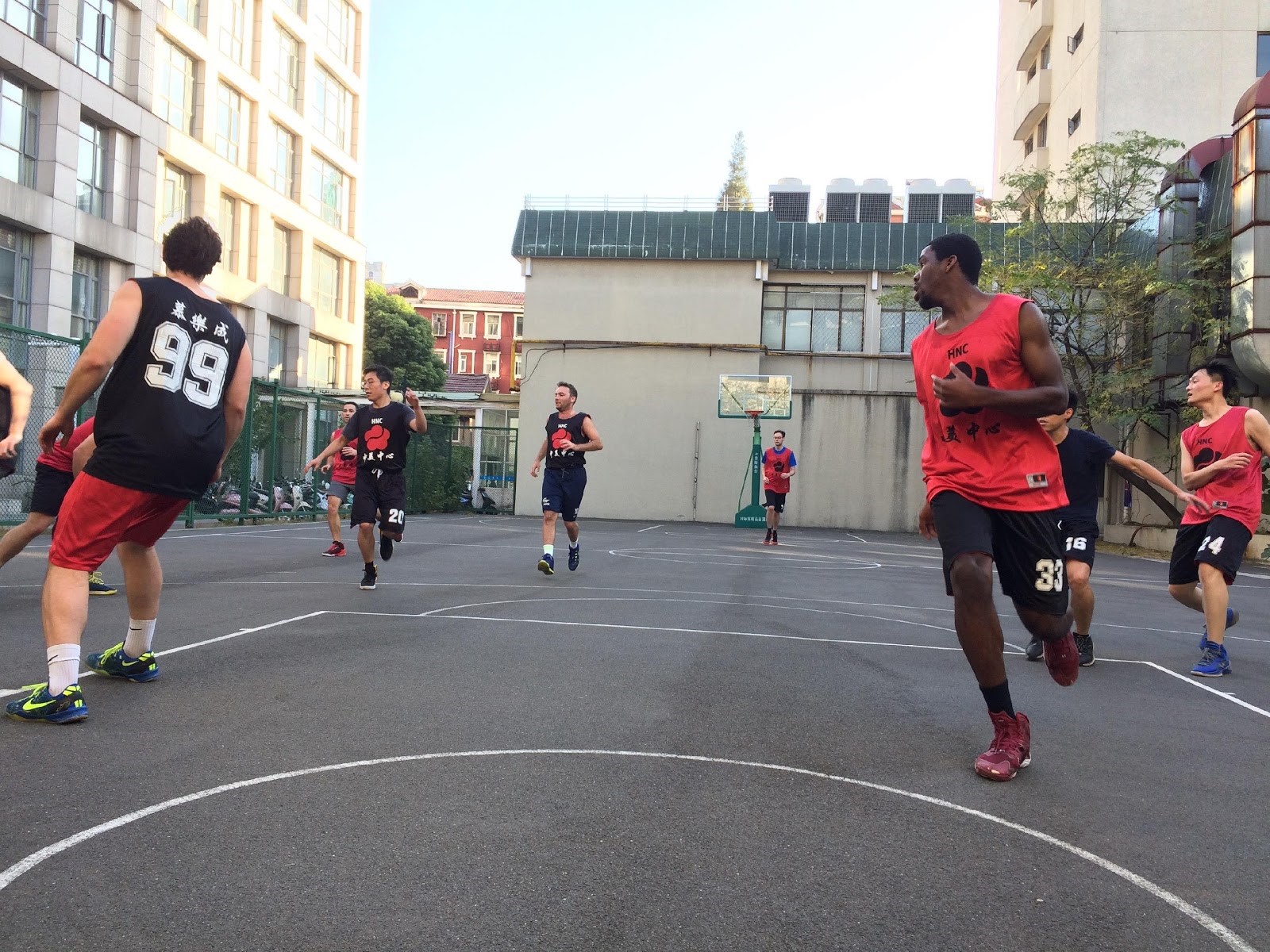 NANJING – Nanjing University’s Gulou Campus Basketball Tournament is about to begin as the Hopkins-Nanjing Center’s basketball team gears up for the coming fall season games. Here is a look at the HNC squad this season.

It’s hard to tell this dynamic duo apart on the court given their short, average, white, male stature. They can both run a 3.3” 40-yard dash and they average a 37.3 inch vertical jump between the two of them. Unfortunately, their crippling addictions, Sam 1’s gambling and Sam 2’s staring at himself in the mirror for hours on end while whispering “who is the prettiest,” may end up hurting the team. Hopefully, they find help early enough to propel the team to victory this season.

Averaging 12 points, nine rebounds and eight assists a game in college, Luke was planning on playing in the CBA after graduating. However, during a tryout for the Shanghai Bili Bili Sharks, he accidentally hit owner Yao Ming in the face with an errant pass. Luke is hoping to use this season to sharpen his basketball skills while maintaining his anonymity until his tryout with the Beijing Ducks next fall.

While he may not have scored a point since college, Eli’s ability to trash talk, rattle, chirp and otherwise get into the opposing players’ heads is a quintessential element of success. However, his crippling alcoholism may lead to too many bench penalties this year. Last year, he was ejected from a record-setting eight games for throwing chairs at referees from the sidelines.

The shortest member of the team at 5’0”, Lin Feng’s short stature disguises his cheetah-like speed and agility. He can run a 3.0” 40-yard dash and has an equally impressive three-cone drill time. He can change direction faster than you can blink, frequently resulting in the broken ankles of his defenders.

Domination in the paint belongs to none other than Dominic. The 6’6” center averaged 8.3 points, 15 rebounds in college, and throws a mean elbow. Let’s just hope he doesn’t foul out in the first game.

Joel had a career high of 46 points in the 80-56 win over Nanjing Law School last season. He is also the team’s top shot blocker. As the Center’s resident nihilist, he can be frequently seen reading Kierkegaard. We just hope he can be bothered to play this season. Unfortunately, he couldn’t be bothered to show up for a picture.

Hailing from the Big Blue Nation, guard Joy Joy averages 12 three-pointers per game. As impressive as his high-arc three-pointers are, his turnover ratios are just as high. He cites his generosity in giving others a shot at winning.

Forward Xing Jun Wei is ecstatic about honing his giant Euro Step against the Nanjing Gulou teams this season. When interviewed for this piece, he said, “what do you mean you can’t take three steps?”

Center JesusisLord, the true lord under the net, is excited at the prospect of slam-dunking at any opportunity.  Having about as many triple doubles last season as Russell Westbrook, let’s just hope he can get some help from the rest of the squad.

Ruan Chen, also known as Ronnie, is the co-captain of the team. With his cool head and quiet demeanor, Captain Ronnie hopes to utilize the team’s crazy dynamic and lead the squad to victory.

With their first game against a former rival, the Nanjing Physics Department Team, the HNC squad is ready to slam its way into the season.

Eli Tirk is the managing editor for the Nanjing Bureau. He is a second year master’s student concentrating in international politics.

Khun Nyan Min Htet is a staff writer at the Nanjing Bureau. He is a HNC Certificate/SAIS M.A. student currently completing his Certificate at the Hopkins-Nanjing Center before starting at SAIS DC next fall.