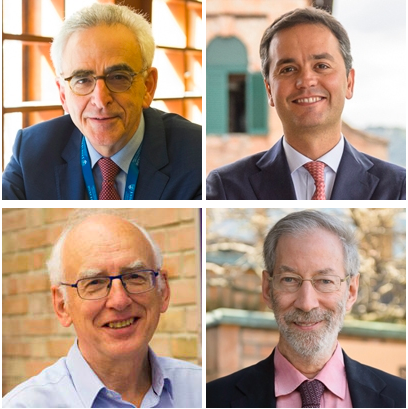 BOLOGNA, Italy — The year ahead presents many challenges and opportunities, so TSO Bologna bureau asked four SAIS Europe faculty members what they foresee to be the most significant events in 2019.

The European Parliament elections in May will be a seminal event in 2019. The EP, which has been dominated by the conservative European People’s Party and the Party of European Socialists coalitions since the 1980s, will face disruption from all parts of the political spectrum. On the right, Eurosceptic populist parties that have risen at national levels may unify to become the second- or third-largest group. On the left, the Greens-European Free Alliance, and in the centre the Alliance of Liberals and Democrats for Europe, President Macron’s “Europe en Marche,” and the Spanish “Ciudadanos” may earn enough seats to hold the balance of power.

The process for choosing the President of the European Commission will also face disruption. The Spitzenkandidaten system that was used in the 2014 elections is favoured by the establishment coalitions, but unpopular with Mr. Macron and Eurosceptic parties alike. The ongoing battle between old and new will certainly manifest in May.

The amount of attention devoted to stock markets around the world has to do with their fundamental role in aggregating information in a credible way (by asking people to put their money where their mouth is). So what is the U.S. stock market (through the S&P 500) telling us regarding the general expectation of the U.S. economy? What is the total return in December signalling? A surge in political uncertainty or certainty regarding an upcoming U.S. recession?

While the impossibility of predicting events over the next few weeks has reduced many to hand-wringing, there are some things which can safely be said about the immediate future of Brexit:

(1)  Brexit will continue to be the obsessional concern of British political life, even if the majority of the public, of all strands of opinion, would like it to go away as soon as possible;

(2)  The sizeable groups of hard Brexiters and Remainers are not going to give up the struggle now;

(3)  A compromise of the Norway kind is significantly sub-optimal for both sides of the argument;

(4)  A second referendum has become more likely, if only because the other possible options are rapidly becoming infeasible as the clock runs down to March 29, but a ‘people’s vote’ can only happen if the government asks the EU to suspend the implementation of Article 50 – which the 27 are likely to grant if they perceive either that there is a chance of another referendum or that it is seen as the only way of avoiding a ‘no deal’ Brexit;

(5)  Theresa May will not last as Prime Minister once the withdrawal phase is complete – but until then, there is no-one else who is willing or likely to be asked to drink from its poisoned chalice

The most rational and legitimate way out of the current impasse is to ask for a suspension of Article 50 with a view to hold a second referendum in two stages, as suggested by Professor Vernon Bogdanor: first, ask people if they still wish to leave the EU. If they do, the matter is settled. If they do not, a second round would ask whether people prefer the prime minister’s deal or to stay in the EU.  But this whole affair has demonstrated that rationality in British politics is now at a premium. The unity of the U.K., peace in Northern Ireland and the prosperity and stability of the country are all seriously at risk.

President Trump: Special Counsel Robert Mueller is not l to deliver a bombshell this spring. A wall along the southern border will not be built, but similar spending on new border security will be procured. Any difference in principle? Depends on whether the deal also includes DACA dreamers and temporary protected status and what that deal includes.

Israel-Palestine: Netanyahu is likely to emerge on top again after Israeli elections on April 9, if he stays out of jail. The chances of a new Palestinian intifada will also increase later this year.

Venezuela: Washington now seems to hope for a military solution, with some of Maduro’s military defecting to Guaidó’s side. If the U.S.-endorsed rebels face defeat, will Trump send them military aid? If rebels soldiers prevail, will they hand power to Guaidó or keep it?