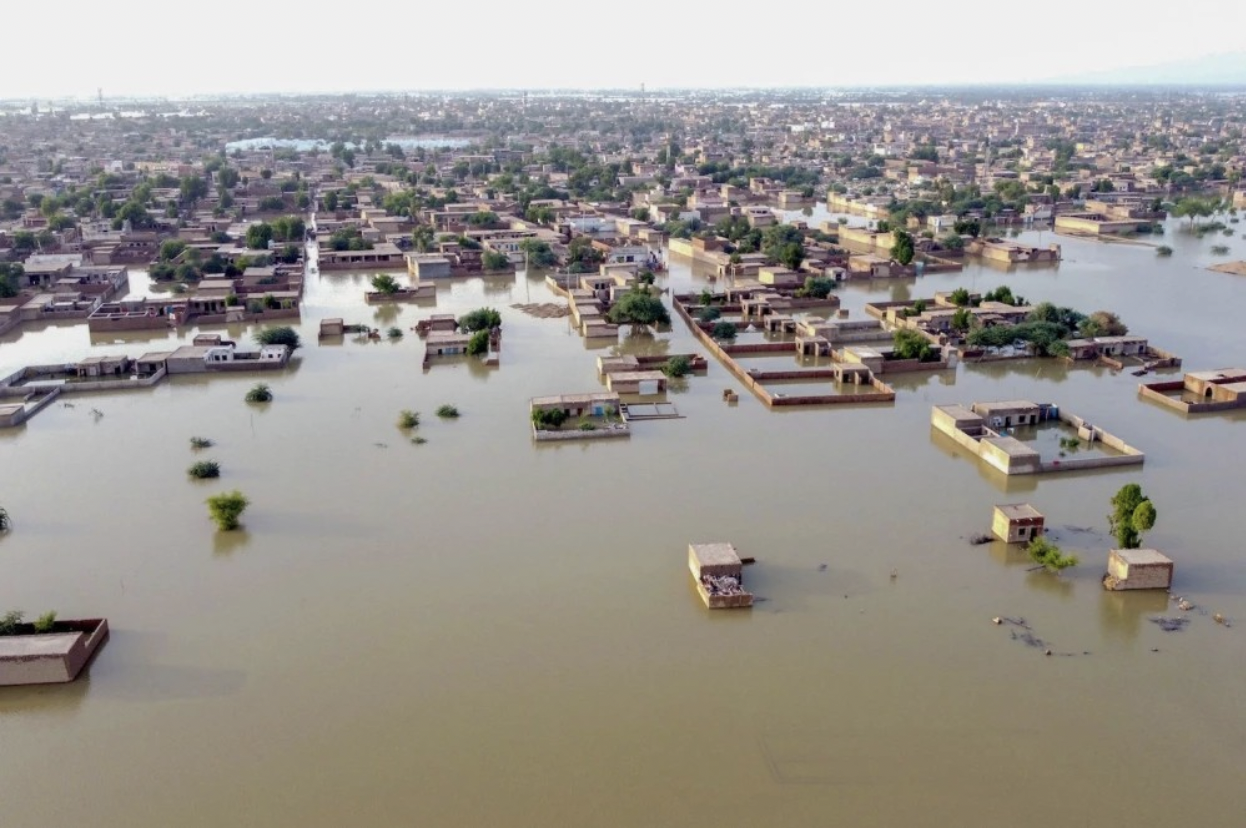 Starting in June 2022, Pakistan experienced some of the heaviest monsoon rains in its history, suffering devastating floods. Currently, a little over 1,280 people are dead, and millions of people are displaced. The amount of damage, death, and devastation from the floods prompted UN Secretary-General Antonio Gutierres to call it the result of a “monsoon on steroids” and emphasize South Asia’s climate vulnerability. Climate Change Minister Sherry Rehman announced that as much as one-third of the country is underwater due to the floods.

Pakistan is no stranger to extreme weather events. In 2010, the country experienced similar levels of flooding, resulting in the deaths of nearly 2,000 people. In addition to heavy monsoons, Pakistan experiences recurrent heat waves and high temperatures during the summer months. The worst came in June 2015, when nearly 2,000 people died from dehydration and heat stroke. Unfortunately, history repeats itself in Pakistan, not just through extreme weather events but the exposure of deep flaws in its climate action (or lack thereof), political systems, and relations with the international community.

In Pakistan’s case, a few powerful, entrenched families (some with connections to the military) have controlled the major political parties and government at all levels for the last five decades. The latest bout of domestic instability after Prime Minister Imran Khan’s ouster in April and the subsequent public unrest has added to the country’s woes.

How does this translate to climate change? Nominally, civilian agencies exist to address the issue of climate change and its consequences. But the reality is a little different. Take water management, for instance. In Sindh, the province most affected by flooding, the Chief Minister said it would take three to six months to drain water from impacted areas. This poor preparation comes despite similar torrential floods in 2007, 2010, and 2012. Sindh is under the control of the Bhutto family and the Pakistan People’s Party (PPP), which have overseen numerous construction contracts and infrastructure development on floodplain territory without considering environmental consequences or lessons from the 2010 floods.

That being said, pinning the impacts of climate change solely on domestic corruption does not absolve the Global North’s role in weakening Pakistan’s political system and impacting its climate response. NGO Germanwatch ranks Pakistan among the top 10 countries on its long-term Climate Risk Index (CRI). The top 10 countries on the long-term list are all part of the Global South, despite being responsible for just 1.93% of the world’s total CO2 emissions. To put this in perspective, ten countries are responsible for less of the world’s CO2 emissions than Germany. Despite bearing an enormous brunt of the impacts of climate change, Pakistan emits less than 1% of the world’s greenhouse gasses, with agriculture employing 37% of the country’s labor force. This means that Pakistan faces more than its fair share of devastating climate change impacts from consolidated industrial activity outside its borders. In this respect, Pakistan is a microcosm of the disparities in climate change impacts: the countries and regions most vulnerable to human-induced climate change are among those who contribute the least to it.

Another critical weakness in Pakistan’s political system is that military and civilian institutions are de facto separate institutions with poorly defined constitutional responsibilities. To put it in perspective, no prime minister in Pakistan has ever completed a full 5-year term. Military coups abruptly ended civilian governments in 1958, 1977, and 1999. Even transfers of civilian power do not come about peacefully; they often come from assassinations or parliamentary in-fighting, and observers note that the military plays more than a minor role even in peaceful elections.

This frequent turnover is not independent of the country’s relationship with the Global North. The largest provider of foreign aid dollars to Pakistan is the United States, which tensely accepted the military as a complicated ally throughout the Cold War and the War on Terror. In recent years, U.S. military and security-related foreign aid have been almost twice that of economic assistance. For a country with a weak constitutional system and historically poor civil-military relations, such aid augments the military’s position at the expense of a healthy democracy and security for Pakistani citizens. Consequently, Pakistan’s civilian agencies have little capacity and oversight to adequately respond to the country’s myriad development challenges, including climate change, encouraging reactive, military-led responses with little foresight or strategy.

In the short term, a critical test of Pakistan’s institutional power to tackle climate change is disaster management and mitigation. Despite the presence of a National Disaster Management Authority (NDMA) and National Flood Response and Coordination Centre (NFRCC) under the civilian government, the armed forces have taken most of the spotlight in the flooding response. Minister Rehman announced that all three branches of the armed forces were deployed, ostensibly as the first line of response. So far, the armed forces have rescued over 2,000 citizens and established many tents and relief spaces for victims. The civilian response, meanwhile, has been relatively limited and dependent on external actors; the most active role comes from the Foreign Ministry, which has issued requests to the United Nations and sought relief plans from China, the UAE, and Turkey. The United States and EU have also pledged support totaling a little over $30 million, but this pales in comparison to the $18 billion of estimated damage to the Pakistani economy. This is not to undercut the work of the many activists and civilian volunteers who have dedicated their time and resources to this response. But, in essence, most of Pakistan’s emergency response is under the mercy of the armed forces, a consequence of a weak constitution and a Global North aid system that neglects sustainable development in favor of an uneasy security alliance.

In the long term, weak civilian institutions present other problems in Pakistan’s climate strategy. For example, as is the case across the Global South, knowledge and educational networks about environmental studies are limited. An uncertain business and investment environment discourages sustainable entrepreneurship in critical sectors like energy and agriculture. Perhaps worst of all, public resources like water and forestry are under immense duress, and inadequately financed civil institutions bolster opportunities for corruption. Deforestation, for example, exposes much of the northern parts of Pakistan to flood-vulnerable conditions similar to the south. Local experts blame the “timber mafia,” politically connected individuals who bribe forest managers to turn a blind eye as they cut down trees for illegal logging and other unspecified uses.

There is little doubt that Pakistan, like many of its climate-vulnerable counterparts, will only see worse disasters and events linked to climate change. The devastation wrought should warn the Global North of what may happen when they face an event beyond their resources. Thus, aggressively addressing disparities in climate governance and impact is in both the Global South and North’s best interests. The planet’s fate is every country’s, regardless of GDP or military power.

Throughout the 20th century, the Global North primarily thought of Pakistan and the Global South in terms of security and superpower alliances. This kind of thinking cannot fit a multipolar world that faces more transnational and international threats like climate change. Firstly, the United States and Global North must shift their security-centered approach to Pakistan by conditioning aid to the military and incentivizing its respect for democracy. In the long-term, investments and incentives for people-centered leadership provide more substantial promise for Pakistan regarding climate change and overall development. Such investments should match the contributions of multilateral institutions like the Asian Development Bank in alternative investments, such as the energy and agriculture sectors. Furthermore, educational institutions in the Global North, which dominate much of the discourse around environmental science and climate-related disciplines, should create meaningful collaborations with universities in places like Pakistan and encourage the growth of research and studies in these settings.

Systemic changes in Pakistan’s politics, how the Global North sees countries like Pakistan, and how resources and knowledge networks are managed are critical in bridging divides in climate change between the Global North and Global South. The longer this reckoning is forestalled, the worse its impacts will be. 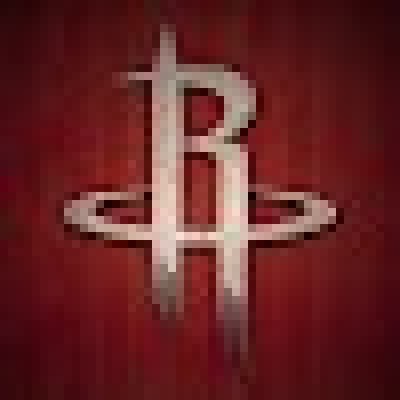 Next post Chinese Censorship: To Shanghai and Beyond
The SAIS Observer Staff