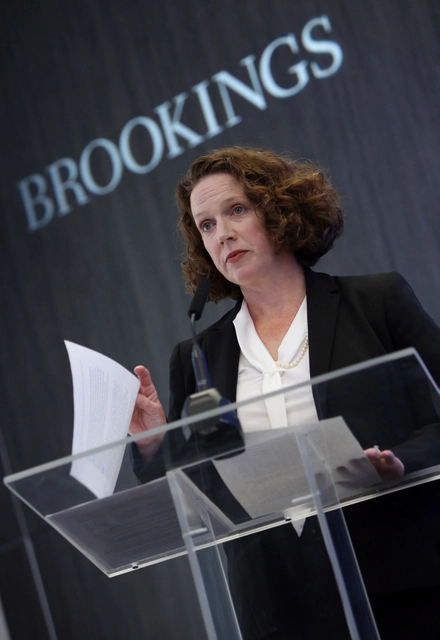 Is there any hope of reviving the JCPOA? How can President Raisi or Ayatollah Khamenei be convinced to return to the negotiating table? Why is Iran throwing its full backing behind Russia in its invasion of Ukraine? Do the Abraham Accords foreshadow a new Middle East?

These were some of the questions posed by Suzanne Maloney, Director of Foreign Policy at the Brookings Institute, at a talk with Dean Steinberg given on September 14. Suzanne began the event by addressing the elephant in the room: what, if anything, can be salvaged from the carcass of the Joint Comprehensive Plan of Action (JCPOA)? Needless to say, pessimism dominated the discussion regarding the future of the JCPOA. Four years out from when the US reimplemented sanctions, it was hard not to preface the discussion by mentioning how thoroughly the US obliterated its credibility with Iran in 2018. With a newly elected hardline President, $300 billion in frozen assets stifling the Iranian economy, and the possibility of a Republican-controlled Congress in November, why would the Iranians have any incentive to return to negotiations? Additionally, the same unprecedented international sanctions regime that initially pressured Iran into negotiating the JCPOA no longer exists. The EU is now focusing its ire on Russia in the aftermath of its invasion of Ukraine.

Though the situation looks bleak, Suzanne outlined possible scenarios in which each country could return to the negotiating table. With Iran unlikely to sign onto the NPT and with claims they can reach 90% Uranium enrichment (the enrichment levels needed to build a nuclear weapon), there is more incentive now than ever for the US to concede aspects of economic relief demanded by Iran. Depending on how the energy situation plays out, Europe may push to ease pressure on Iran in an attempt to sever European reliance on Russian oil. Shifting oil reliance from one bad actor to another is not an ideal situation. However, it is a calculation the Europeans may have to make. While initially these scenarios seem hopeful, they come with the caveat that we may have to live in a world where the timeline for preventing a nuclear Iran is shortened.

Iran’s willingness to re-engage with the West also depends on the outcome of the war in Ukraine. Iran has thrown its weight fully behind the Russian invasion of Ukraine, as demonstrated by meetings between Ayatollah Khamenei and Putin. Additionally, Iran gifted the Russians combat drones and allowed Russia to launch an Iranian satellite into orbit. Since the beginning of his reign as Supreme Leader of Iran, Ali Khamenei has maintained the position that the US is a declining power and the Western world order is doomed to collapse. He views Russia’s invasion of Ukraine as a legitimate response to NATO expansionism, a righteous defiance of the West, and an opportunity to form a viable anti-Western counterbalance. With the support of hardline president Raisi, if Khamenei, like Putin, can be deluded into believing Russia will defeat Ukraine – and by extension the West – then he may be more reluctant to re-enter nuclear talks.

The focus of the talk was not exclusively on Iran, however — the Abraham Accords, and their
implications for a new Middle East were also discussed. Suzanne’s perspective on how policymakers should view the Abraham Accords, as well as future accords, was unique. Instead of framing them as a way to form a broader coalition to counter Iranian influence, she posits that they should be seen as an opportunity to transcend religious, ideological, and political differences and unite one of the most divided regions in the world. It is an approach to viewing accords that, in Suzanne’s estimation, tracks with the evolving role of the US in the Middle East. With President Biden stressing the need to promote human rights in the region without an overreliance on military involvement, the US is now reverting back to a pre-Gulf War posturing that no longer requires the deployment of hundreds of thousands of troops to advance US interests. Rather, she sees the US shifting tactics towards leveraging foreign aid and diplomatic negotiations as a way to promote its interests in the region. Although the US has traditionally maintained a hypocritical policy towards the Middle East, where the need for oil outweighs concerns over human rights abuses, Suzanne claims the US navigates complex relationships with problematic partners all over the world. Therefore, the US should begin to do so in the Middle East by understanding that partners may have differing interests, supporting partners when those interests align, and admonishing them when they do not.

Finally, Suzanne concluded the talk with a bit of career advice. Firstly, she suggests taking classes that seem interesting and forging a relationship with the professors that inspire you most – as such relationships can be invaluable throughout your entire career. Additionally, she urges students to be open to new opportunities and life trajectories that we’ve never even considered. For instance, after completing her Ph.D., Suzanne did a fellowship with an oil company in Houston that conducted business with Iran before returning to Washington. Despite being an unorthodox career trajectory, spending time in the private energy sector revealed to her a completely different side of US-Iranian relations, which she carried with her to Brookings. Finally, she reminds us of the importance of dumb luck. You might just stumble into your dream job one day, but in order to do that, being open to new and exciting opportunities is vital. 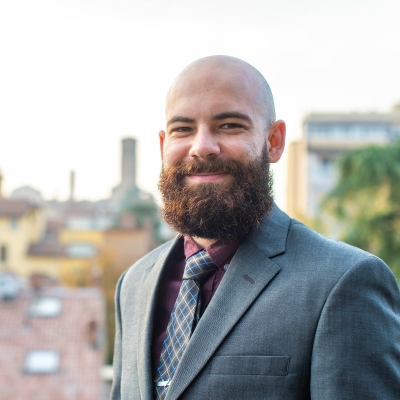 Tyler is a second year MAIR student studying statecraft, strategy, and security, with a regional focus on the Middle East. Prior to SAIS Tyler spent 6 years in the US Air Force, giving him a particular interests in the defense and national security aspects of International Relations.
tparmel1@jhu.edu