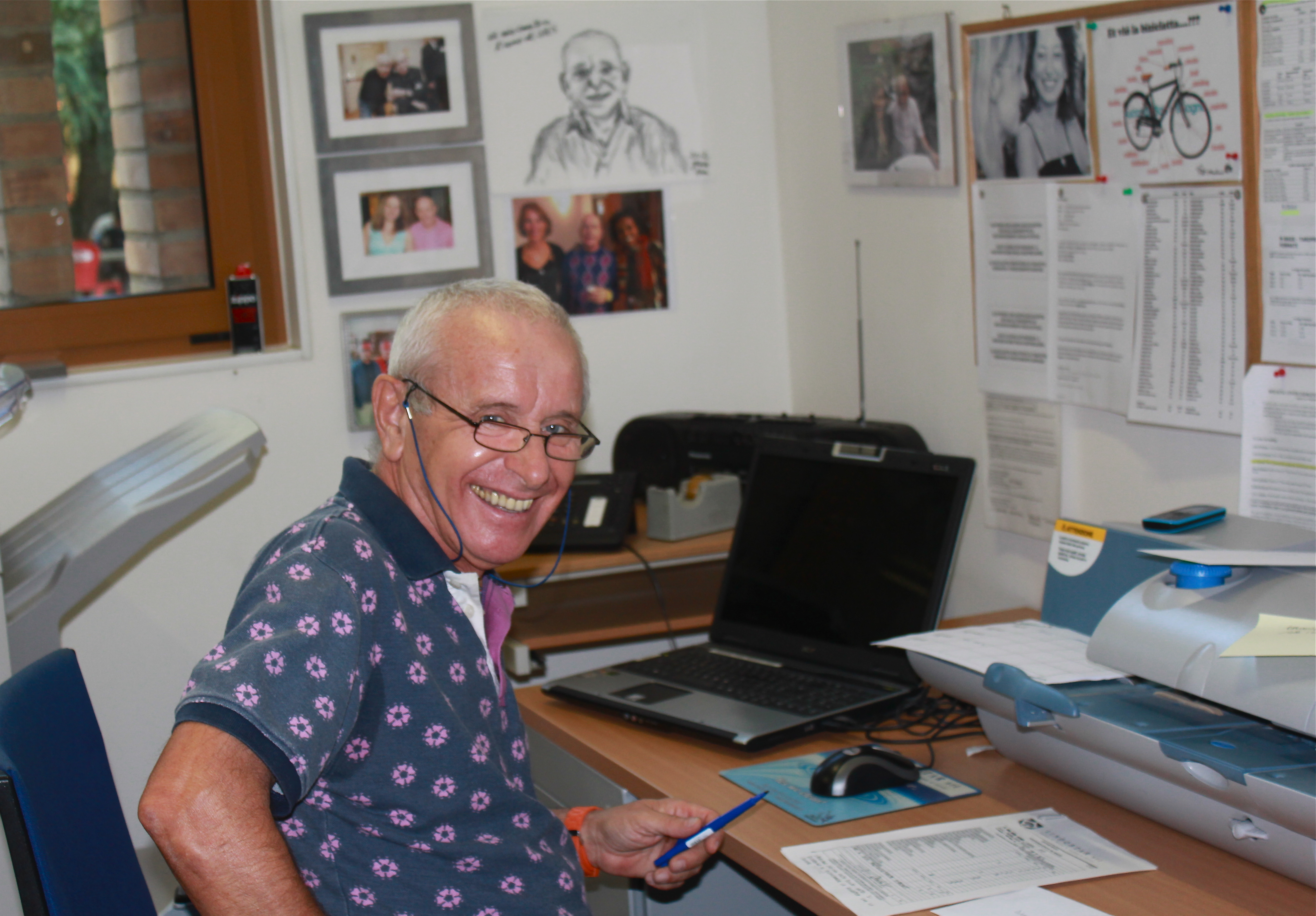 It’s the start of the new academic year and everyone at SAIS Europe is busy adjusting to changes — new peers, new classes, life in a new country and city and even an institution with a brand new name.

Amid these changes and new experiences, Ivo Rosetti, unofficially called the ‘Director of Everything Else,’ offers a unique measure of continuity.

Ivo has been at SAIS Europe for so long that it is hard to conceive of it without him. Yet after 42 years, his enthusiasm and dedication towards his work has not waned. For 20 years, he ran the SAIS cafeteria/bar/bedrock of student social life that today is known as Giulio’s. Of course, Giulio himself wasn’t even born when Ivo shouldered this responsibility. But over the years, his tasks have varied and evolved along with the institution.

So what is Ivo’s role here today? The answer seems to vary significantly depending on whom you ask. Ivo himself modestly described his role as “a little bit of everything, but nothing special.” Raffaela Besola, the SAIS Europe receptionist, said Ivo is responsible for “nothing in particular and everything”.

“I do a number of things: collaborate with departments, make photocopies, help with everyday needs, I’m a handyman, I do odd jobs. I’m always doing different things for different people, with no specialty except to be ready to do anything.  It’s the same but different every day,” Ivo said.

Effectively, this means that every time there is an event at SAIS Europe, Ivo is the one who ensures all the necessary preparations have been made. Anytime a professor has any kind of urgent need, it is Ivo who comes to the rescue. Indeed, he performs so many vital functions that Lorenzo Righetti, resident IT guru, described him as “a pillar of the SAIS Europe community.”

According to most people on campus, Ivo is one of the most hard-working people here. He can be seen in school at 7 a.m., making sure things are ready for the day to start. He wakes up hours earlier at 4 a.m., to “make himself more handsome,” before settling down in front of the TV to watch his favorite program at 6 a.m.

Canale Italia covers the gamut of Italian life, from politics and culture to medicine and science. Ivo described it as “one of the few venues in Italy where people can call in and freely express their opinions.”

Although he has been tempted, Ivo has never called in himself, afraid to wake his wife and daughter at such an early hour. He has strong opinions, though, he said, and appreciates when others express their own.

Perhaps this love for vibrant discussion accounts for his longevity at SAIS Europe. For Ivo, the highlight of the last 42 years has been getting to know the people who make up the SAIS community. He said he loves his job the most because it offers an “opportunity to meet fascinating people, whom he would never have encountered otherwise.”

He said “my favorite part is getting to know the students. The students come and go and I try to keep in touch with some of them, but they are always very interesting people.”

So, if you are a student in Bologna, drop in and say hello to Ivo sometime and ask him about life at SAIS Europe before the Berlin Wall fell, or about his pathological loathing of pigeons. At the very least, the next time you’re at Giulio’s, raise your glass and toast Ivo Rosetti, the vital cog behind the scenes of SAIS Europe.

Previous post The Scale of the Global Climate and Energy Challenge
Next post Analyzing a US Strike on Syria: What Do We Want?
sgrosve2