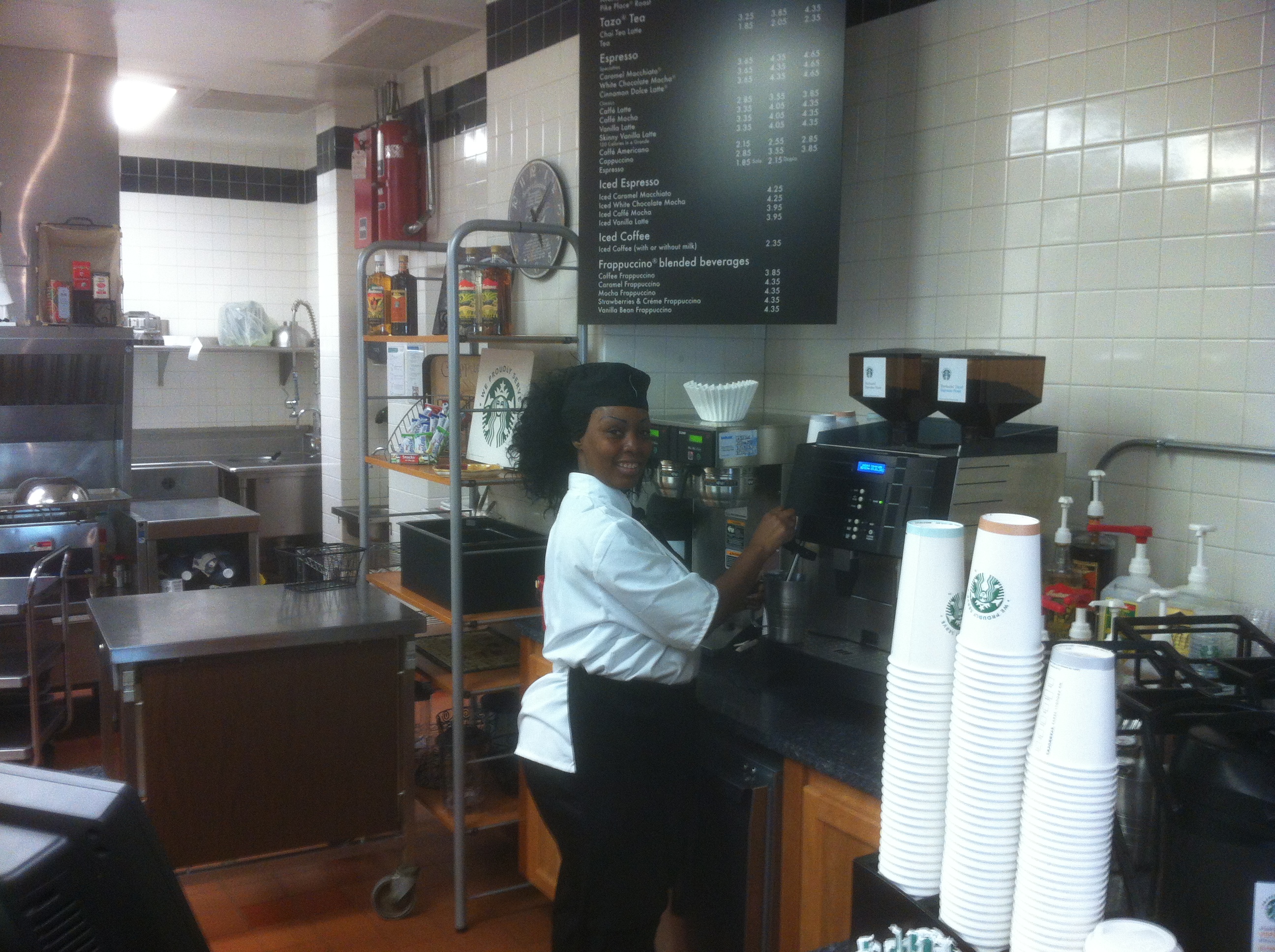 As a recent Bologna arrival, I really have no idea what the old SAIS café was like, but I heard tales of terrible coffee. They say that our bunch, spoiled with finely ground Italian espressos, suffered especially badly.

Debbie Walls, director of operations at SAIS DC said  the problem was deeper. “Nobody took ownership of the café,” she said. The old contractor had served students since 1994 and was getting rusty in responding to student needs. They tried a few different strategies, like a grab’n-go counter, but the place wouldn’t cheer up.

So they did what you would expect SAIS to do – they conducted a survey. And the thing makes for some fun reading.

It found 71.6% of students thought that th’e café was “slightly expensive,” “somewhat expensive” or “much too expensive.”

Health was also a big concern. One student wrote they wanted “more choices, for example, soy milk; healthier hot food (instead of the current greasy stuff).” Many complained about the dearth of vegetarian options. Many preferred the hike to expensive local delis rather than standing in line for tax-exempted meals.

One complaint however, drowned out all others: “Better coffee, for chrissake! You have a school full of overworked underslept [sic] grad students and can’t even offer a decent cup of coffee in the school cafeteria!”

To be fair, however, when asked if something else should be done with the space occupied by the café, most wanted to keep it. They also seemed to have bonded with the friendly staff. Rather the survey told the administration that the café was important to students but lacking in quality.

Walls and a group of four students (one being a former Bolognese) got together to open up a bid for new contractors. For a couple of months, they looked at proposals, tasted the food and went to sites to look at the companies. By June they decided to go with SAGE, an upper-end food service provider that specializes in private school and college cafeterias.

SAGE has a philosophy they call “scratch-cooking,” which means they try to make as much of the food as they can on site. That way, the thinking goes, there will not be much waste, and the food will be fresh.

Some students may have noticed the planted herbs in the little garden right outside the glass wall of the cafeteria. Maurene Burns, SAGE’s regional supervisor, said they have already been using the rosemary, basil and oregano from the garden. They might also try planting pumpkins, “just for the heck of it.” Any waste from the café goes to a compost facility in Maryland, which is going to supply fertilizer for this garden.

The food is prepared with the same level of attention as the setup of the place. Every meal has a dot next to it. A green dot means you can eat as much as you want, such as vegetables, a yellow dot might be a chicken sandwich that’s still pretty healthy.

The red dot is the occasional indulgence, like my favorite, the reuben sandwich! The food options are fresh, plentiful, and provide affordable combos for breakfast and lunch.

There also seem to be plenty of vegetarian options, which was another frequent complaint last year. People will surely make their own judgments in time.

Perhaps the most significant difference, however, is the coffee. The new café originally proposed to go with an up and coming coffee provider, but the school was adamant about putting in a Starbucks service.

Walls said this was a simple matter of branding – people do not want to experiment at school; they want the taste they know.

Now, I’ve already heard some fellow international students scoffing at the evil empire of caffeinverse, but that’s not news to Walls.

“I know that especially European students see Starbucks as the symbol of American greed” she said, “but that’s the decision we made.”

I guess you can’t always get what you want.

Previous post Analyzing a US Strike on Syria: What Do We Want?

Next post Analyzing a US Strike on Syria: What if the Rebels Did It?
The SAIS Observer Staff