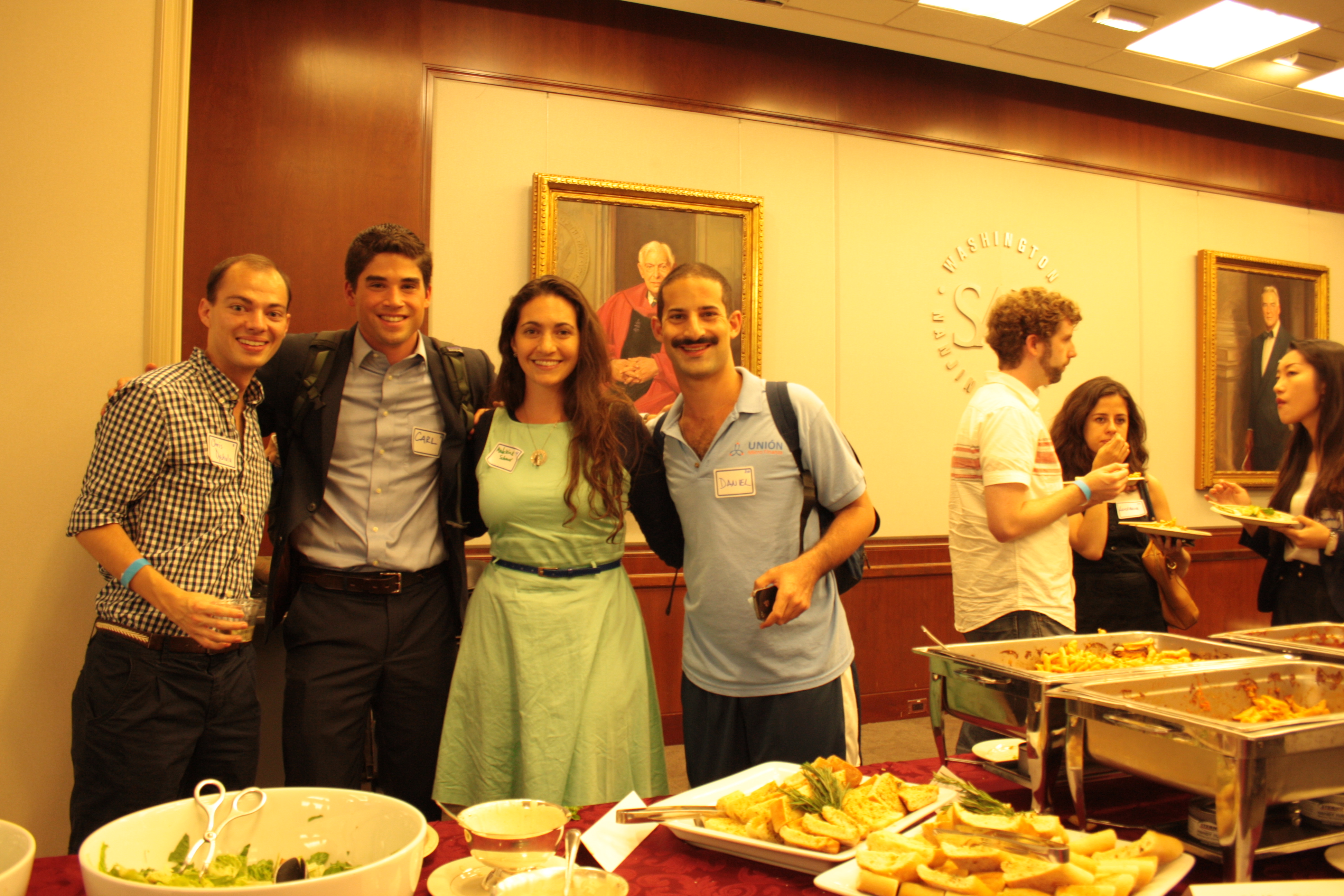 Over one hundred second-year graduate students from all three SAIS campuses attended the welcome Italian dinner Wednesday at Kenney Auditorium.

While the dinner’s theme emphasized Bologna with pasta and Bolognese sauce, Chinese fortune cookies on the tables honored the Nanjing Campus as well.

Nora Brito, the SGA’s Bologna Representative, said that they designed the event to “welcome everyone back as one class.”

Prompting nostalgic shouts across the room was a slideshow of photos from the different campuses that was played on the screens above the tables.

In that light, it might have occurred to some, that what seemed strange with new classmates at the Italian Dinner, might one day be remembered just as fondly over dinner with friends in one year’s time.