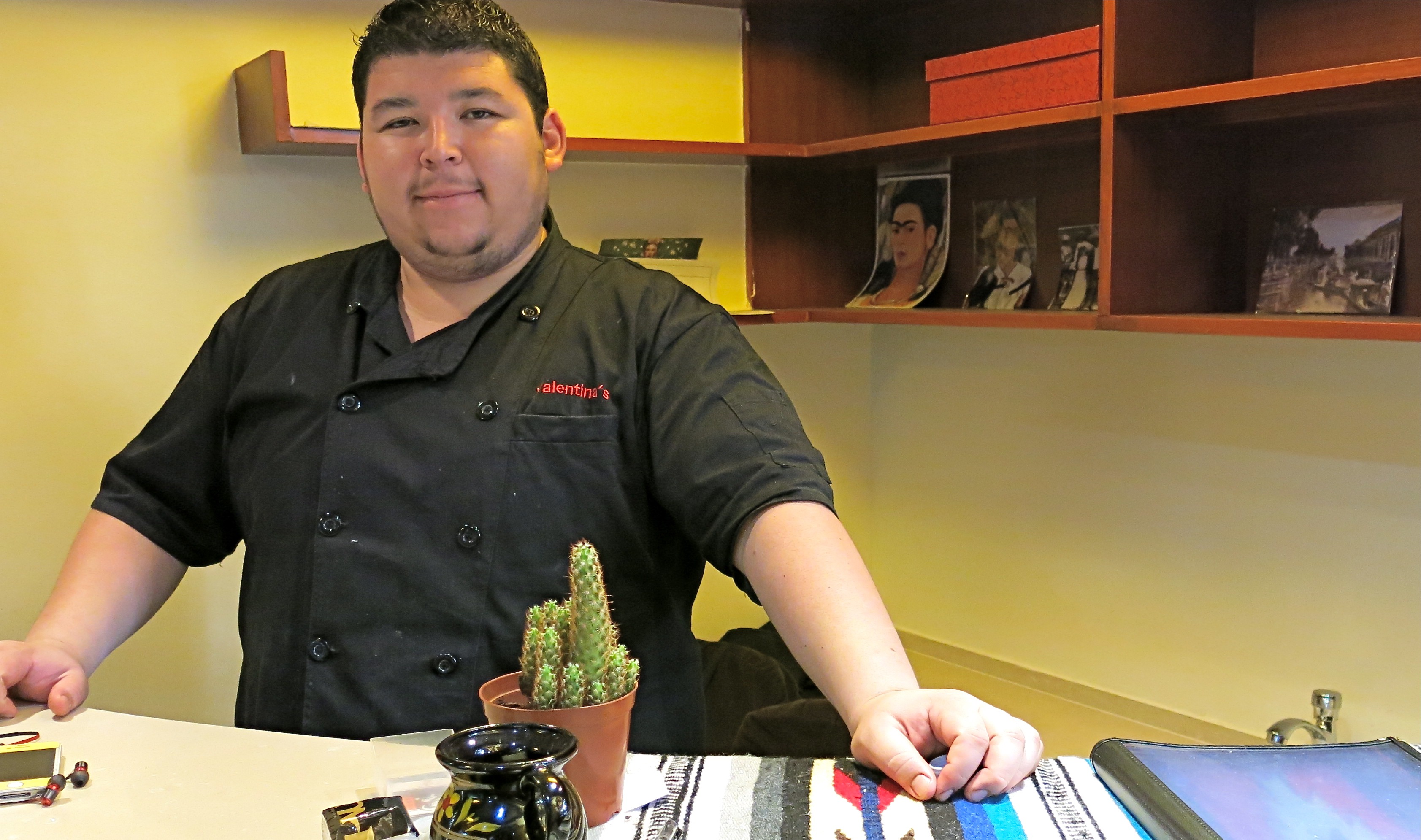 Valentina’s, the newest restaurant popular at the Hopkins-Nanjing Center and the surrounding community, was opened this June by Judith Ordaz Peña, a 2013 MAIS graduate of the HNC.

“The idea for Valentina’s originally came from my classmates. They would complain about missing Mexican food, jokingly saying I should open a restaurant,” she said. “At first, I was kidding when I said sure, just give me a year. But after a while the idea really started to seem like a possibility.”

The venture is a partnership between four different international shareholders, though the main shareholders are Peña and her partner, Zaidoon Almhairat.

Valentina’s serves dishes such as burritos, tortas and horchata, which are all traditional Mexican street foods.

Peña said, “The idea was to do a traditional restaurant, but keep it simple. Our menu is simple, but the spices and chiles we use for all the salsas are from Mexico. The meat we sell is halal, things that are hard to find. Everything that we make is fresh, which I think is important. Our customers can taste the difference.”

The food is prepared by Alfonso “Poncho” Sotelo Dominguez, the executive chef. Dominguez was trained at the culinary program of the Universidad Tecnológica de Peñasco, in Peñasco, Mexico.

To him, moving from Mexico to China as an executive chef has been an unprecedented opportunity.

“The future of Valentina’s is tied to my future. I want to see the restaurant grow in the next couple of years and open in more locations,” he said. “The food we serve represents the unity between my person, my skills and the restaurant.”

With a clear vision for future growth the staff at Valentina’s hopes to connect with the Nanjing community.

Seventy percent of current customers at Valentina’s are part of the expatriate community. Peña said, “Of course, we have a lot of support from the Hopkins-Nanjing community.”

However, more and more Chinese students are dining at Valentina’s. Nanjingers new to Mexican food favor the butter-chicken quesadillas. They were even featured on a popular local television show “人气美食.”

However, not everything at Valentina’s has been easy. Meeting customer demand has been a challenge. The staff has had to learn through trial and error which suppliers are the best for acquiring expensive foreign ingredients, such as avocados for the homemade guacamole.

Finding reliable and permanent help has been hard too. Most locals are students that prioritize school over work.

Peña also spoke about the bureaucratic challenges of doing business near Nanjing University.

“Bureaucracy in China has been a challenge,” she said. “While it shouldn’t be so difficult to meet the requirements [to open a business] it’s been a challenge to understand the way people do their jobs and what they expect in return.”

Challenges such as extensive licensing procedures that come with the territory of owning a small business have forced the team to grow.

“There is no right answer sometimes,” she said. “No one has written it down, no one is going to tell you what the answer is…Not everyone is as helpful as they could be sometimes, but we’ve found a way to work around those cultural issues. And little by little we’ve found a way to get all the things we need to be open.”

Regardless, Peña’s experiences opening Valentina’s are a consistent part of getting a business off the ground. In her words, “In the end, I think we’ve got a good system going on, it’s steady, and business is steady.”

Valentina’s is a testament to the opportunity for multicultural cooperation in the global community. Peña’s collaboration with local businesses, such as the bar above the restaurant, and local Nanjing partner, Shen Jinwei, demonstrates the potential for growth and integration into the local community.

Without a doubt, with the desire to bring every customer, “a good experience in terms of quality, service and the environment,” Valentina’s could be one Nanjing’s rising stars.