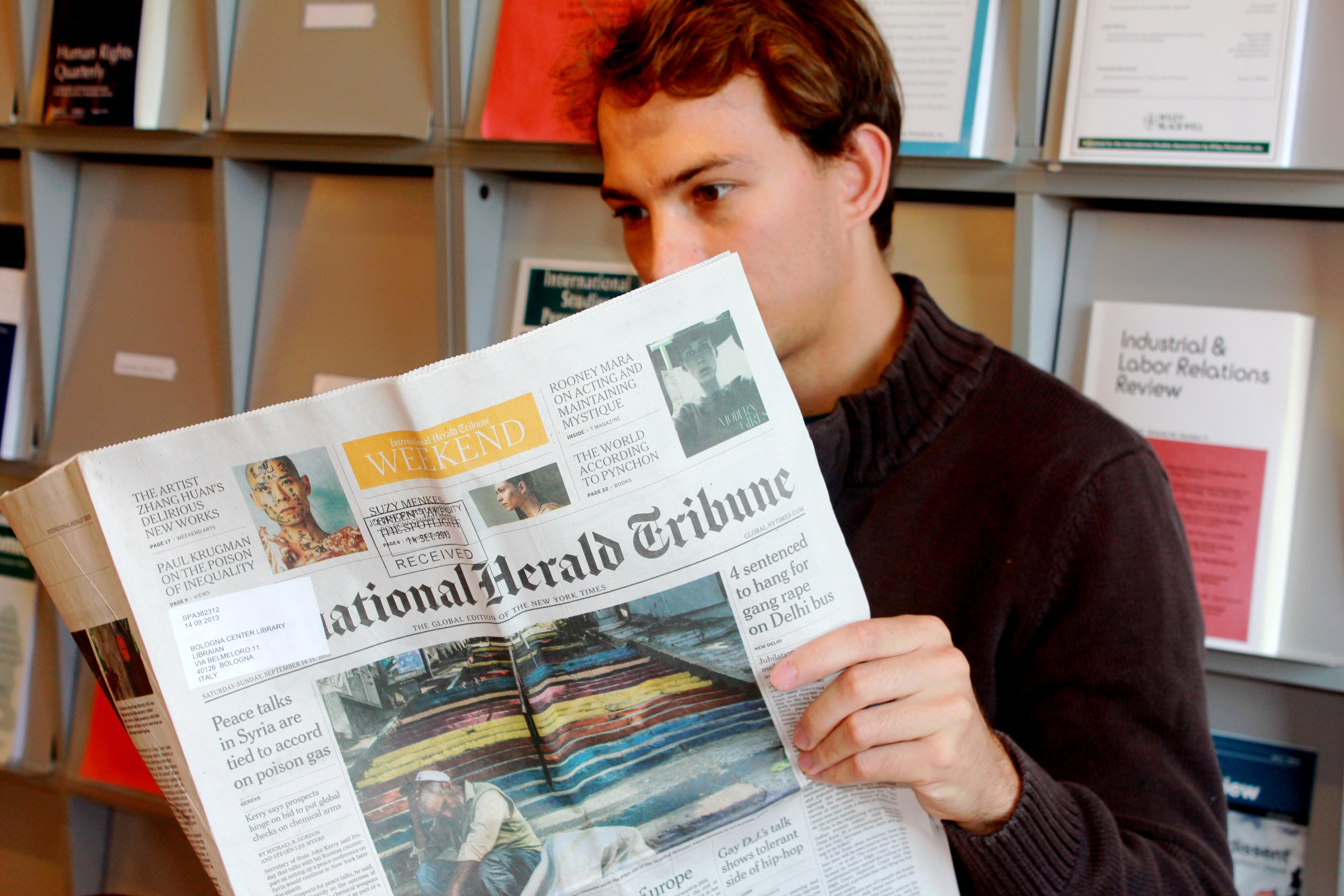 Each year, many of the international students at SAIS Europe — roughly 80, or half of the class, take a rigorous English proficiency exam.

The administration established a rubric to determine which students must prove their proficiency. A student is asked to take the exam if he or she is considered a non-native English speaker, unless he or she meets two of three criteria:

1. English is the main language of communication between you and one of your caregivers.

2. English is an official language in the community where you grew up (before high school).

3. English is the language of instruction in the high school you attended.

The faculty council in Washington decided on this definition of a non-native English speaker to identify those students who might struggle with academic writing and might require additional assistance.

But some students wonder if the standards are too narrow.

Take for example Kira Gartzou, a first-year M.A. candidate at SAIS Europe from Greece. “I have never taken formal qualifications in any other language than English. I did the International Baccalaureate in high school all in English and did well. Then I went to Oxford and studied History and Politics for 3 years, producing 4,000 words worth of papers every week on international history, politics and international relations. I had my Cambridge Proficiency in English (C2 qualification in the European system, grade A) when I was 15,” said Gartzou. She continued, “Seriously, I thought I was done with language exams in English.”

Students like Kira fall just outside of SAIS’s rubric and spent hours in the weeks leading up to the start of the semester to prove their proficiency in a language they have mastered.

For Phillip Schanttinger, a first-year M.A. candidate at SAIS Europe from Austria, the test, though not one he was concerned he wouldn’t pass, posed a significant burden. “I was taking intensive Italian and microeconomics during pre-term and in the last week they asked me to take the English proficiency exam on top of my other two finals,” he said.

SAIS has a number of criteria for different subjects that are meant to ensure “basic equal-footing” for all the students as the year begins, says Rebecca Hopkins, English teacher at SAIS Europe. For instance, all students must pass a basic pre-calculus test to ensure their quantitative abilities are up to par before launching into economics classes whose content might be over their heads.

However Virgil Doyle, a first-year M.A. candidate at SAIS Europe from the United States, thinks the English language proficiency policy is disproportionate and unfair when compared with the math proficiency requirement. “If someone has done both macro and micro theory already and waived out then they’ve clearly demonstrated that they understand how calculus is relevant to economics. The school doesn’t ask them to take the pre-calculus proficiency exam.”

Non-native English speakers, on the other hand, must prove their proficiency by SAIS-specific standards, in spite of vast previous experience speaking English in academic and, in some cases, professional settings.

Yet the administration and some students see the requirement as a way to ensure a level playing field once the school year gets underway. “It’s better that everyone who could potentially struggle with English take the proficiency exam so that they understand what SAIS expects of them,” said Brian Fox, a first-year M.A. candidate at SAIS Europe from Ireland. “At worst they lose a couple hours taking an easy exam, at best they discover that they need a little extra refining of their academic writing skills.”

Hopkins stresses that the test is not a punishment, but a diagnostic tool meant to ensure consistency and make sure students do not get left behind.

“The test is designed to identify students with a ‘superior level’ of English as defined by American Council on the Teaching of Foreign Languages (ACTFL) and the C2 level in the Common European Framework,” Hopkins said. “This is the most fair way of testing students who do not meet the criteria of native speaker. It would be too subjective if we analyzed students on a one-by-one basis.”

Though often a perceived burden to students who have to take it, passing the English proficiency does have a perk: upon passing, non-native English speakers satisfy their language requirement for graduation.