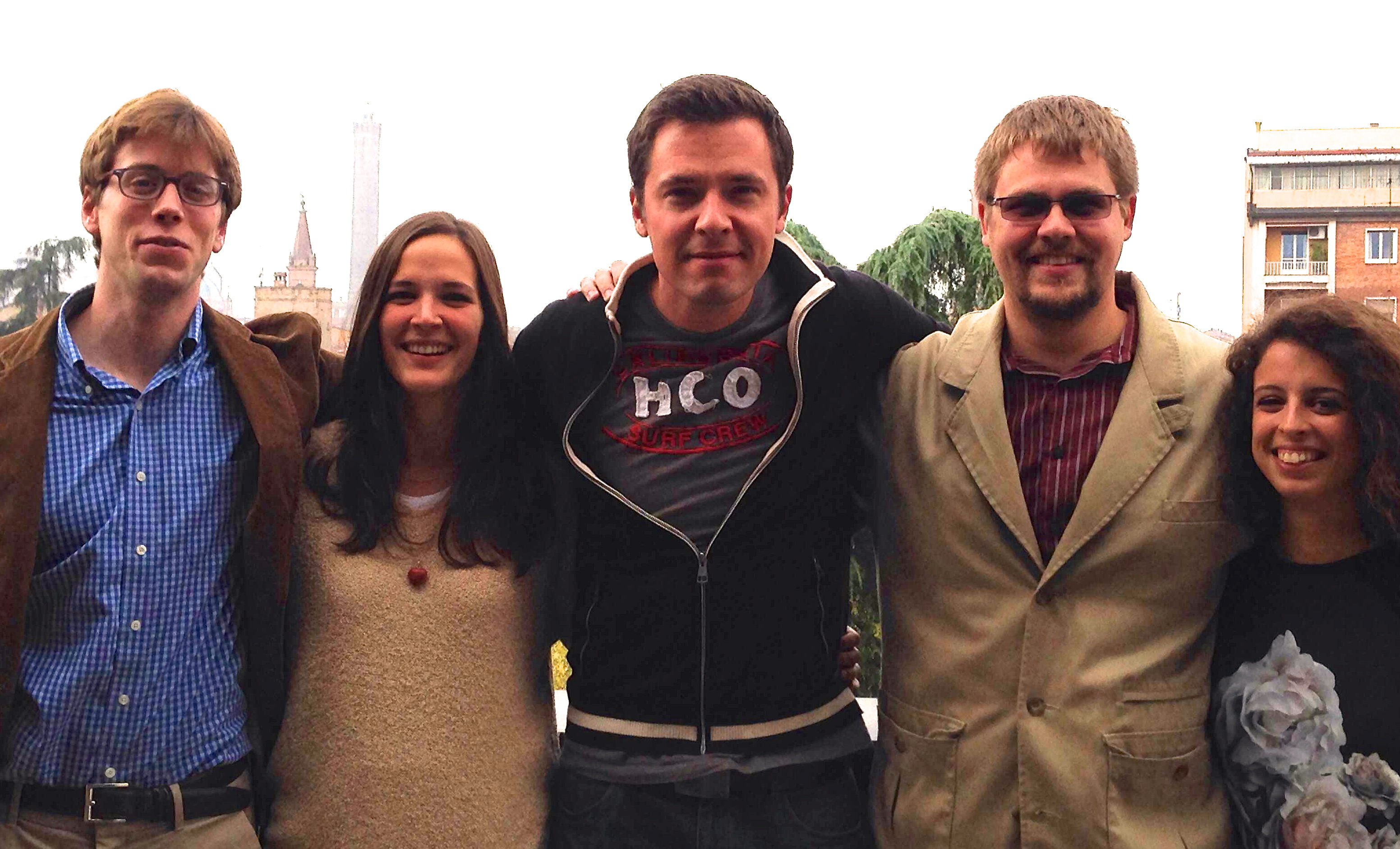 On October 7, SAIS Europe students went to the polls to elect five of 17 candidates to serve on the Student Government Association (SGA) for the 2013-2014 academic year.

Students chose Kristo Kentala of Finland as SGA president, while David Collins (US), Irena Grizelj (United Kingdom/Bosnia), Roy Martin (US) and Giulia Motolese (Italy) will make up the rest of the team.

“Our simple goal is to ensure that the SGA works efficiently and responds as well as it can to the needs of the students,” Kentala stated. “Students should expect to have an inclusive SGA that is open for suggestions and new ideas and strives to respond to issues as soon as possible.”

The representatives have divided key areas of responsibility among themselves. Motolese will oversee issues related to academics and the library, Martin will head internal relations and social services, Grizelj will handle external relations and fundraising and Collins will manage finances and career services.

“I want to run a tight ship so that the SGA will have more money for clubs and events through the year,” Collins said.

During the campaign, SAIS Europe students listed their priorities for the year, including consolidating multiple student portals on the SAIS website to make important information more accessible, installing a microwave in the student lounge so that students could bring their own food from home and increasing coordination with the DC and Nanjing campuses.

According to the administration, the former student lounge had a microwave but it was rarely cleaned and caused foul odors in the lounge. To bring back the microwave, the student government will have to set forth stringent guidelines on its use and maintenance to avoid similar problems in the new space.

Last year’s SGA played an important role in designing the new student lounge.  This year, the student body expects the SGA to make similar contributions to improve social and academic life in Bologna and students are already voicing many ideas.

“I think it would be great to have a book scanner in the library, since students can only borrow books for a limited period of time,” noted Raphaële L’Etrangère, an MAIA candidate in Bologna.

As Martin admitted, “Although I haven’t served on a student government before, I have served in several leadership roles. Before SAIS, I served as a Peace Corps Volunteer in Honduras, where I worked on water system construction and maintenance issues. I have always been interested in government and have worked as an aide on several political campaigns in New York City as well as in the mayor’s office in New York.”

Kentala served 10 years at the United Nations Development Program and the Finnish Foreign Service, but has never represented a student body.

Prior to enrolling at SAIS, Motolese worked as a lobbyist in London, representing clients during meetings with politicians and civil servants.

Similarly, Treasurer Collins stated, “While I don’t have much experience in student government, I do have a great deal of experience working for the US government. I am an Iraq War veteran (2003-2004) and worked for the Department of State in 2011 and 2012 in Afghanistan, building government capacity. Last summer I worked on the Senate Homeland Security Committee and before that, I assisted the governor of Delaware with a trade visit to India. I am hoping that I can bring these skills to help the SGA.”

In addition to fundraising experience for NGOs in India, Grizelj was also director of the annual University College London Malaysian Society theater production. She motivated a team of actors from diverse backgrounds and created a comfortable atmosphere in which people could collaborate and share ideas. She thinks these skills will translate well into her endeavor to unite the SAIS campuses and promote cooperation among the student body.

Margel Highet, director of student affairs for SAIS Europe is confident that these experiences will translate into positive changes for the SAIS Europe student body, staff and administration.

“We expect that the new SGA will be able to work with the School Administration to constructively  and effectively deal with any student issues and concerns that come up throughout the year,” she said.

On what to expect from student government, Martin noted, “We are concerned with improving student life here at SAIS Europe whether it be improving the communication between SAIS Europe and SAIS Washington, bringing a microwave to the student lounge, career services or whatever issues arise throughout the year.”

In the meantime, SAIS Europe students are brimming with ideas for the new SGA.