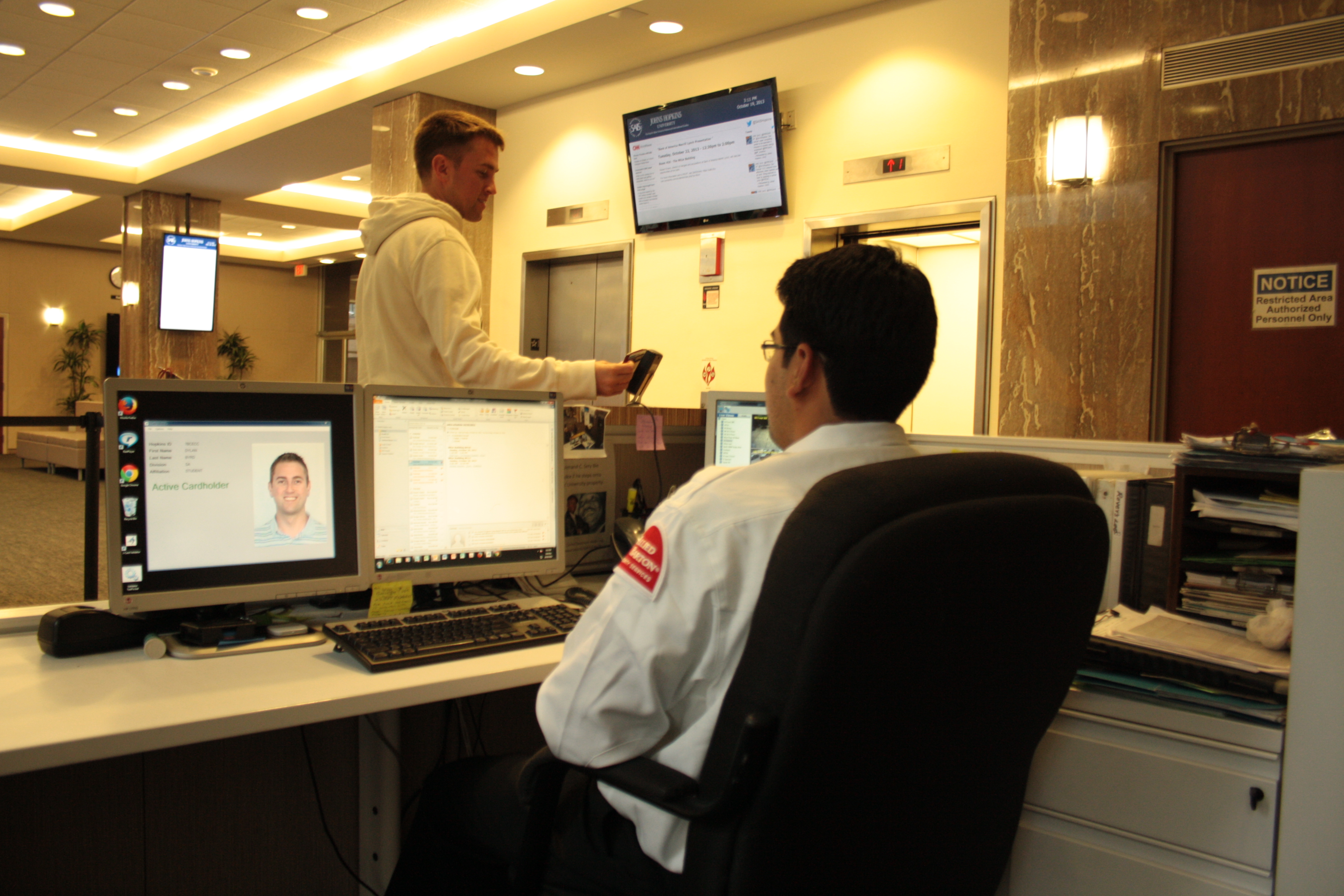 Heightened security measures went into effect at the Washington, DC campus following an unspecified threat to the SAIS community during the week of September 16.

According to the SAIS administration, a woman unaffiliated with the university entered the Nitze Building at 1740 Massachusetts Avenue and presented valid identification to the front desk guard. She expressed interest in enrolling at the school and was subsequently granted entry. Shortly afterward, the woman exhibited odd behavior and was ultimately escorted out by security.

“SAIS later received a voicemail message from the woman that included references to violence,” said Felisa Klubes, Director of Communications and Marketing, who has been working closely with university leadership in monitoring the situation.

According to Klubes, subsequent communication from her indicated she intended to return. Administration contacted the Metropolitan Police Department and deployed increased security at all Johns Hopkins Dupont Circle-area buildings. Though the woman did not specifically refer to any of these buildings, this measure was decided in an “abundance of caution,” according to Klubes. The administration said it has no information that she was aware of all the JHU buildings.

“We learned that this woman was known to law enforcement for other incidents of odd behavior,” said Klubes. “To our knowledge, however, she had no history of violence.”

On September 19, the woman was taken into policy custody for evaluation. “The situation has been neutralized in that the police have investigated the incident and found insufficient evidence to warrant an arrest,” Klubes said.

The number of security officers was increased temporarily at the four university buildings; Nitze, Bernstein-Offit, Rome, and the Airline Pilots Association Building that houses the Carey Business School. These officers, who are armed and employed by Allied Barton Security Services, supplemented the existing SAIS/JHU Washington Center security team.

Communications were also sent to the SAIS community via email to relay up-to-date information on the situation.

“[While] I am happy the school takes our security seriously..the explanations given did not give me a good idea of what the security threat was. [The school should] communicate more clearly to the students if there is a security threat and what it is,” said Karin Riechenberg, a second-year MA candidate at SAIS Washington.

“Also, the SMS alert system seems to be only designed for severe weather and natural disasters. It could also be used to warn students if say there has been a shooting somewhere in town,” she added.

In this particular case, the Johns Hopkins Emergency Alert System was not used.

“The Alert System of sending text messages is only used in situations where there is imminent danger,” Klubes said. These typically involve situations such as an active shooter on campus, bomb threats, severe acts of nature, and building evacuations. “There was never an imminent danger in this case,” she added.

“To our knowledge, this sort of activity has never happened at the DC campus before,” Klubes said. Although there was no security breach, there are several ways for minimizing security risks on campus.

“Vigilance is the most important thing that we really want to have,” said Myron Kunka, senior associate dean of operations and finance. “Particularly the Nitze Building back door is a real concern, and piggybacking and allowing people to come in without having to actually use their card is a concern,” Dean Kunka said.

Students can also play an important role, and they are encouraged to report suspicious behavior. “We can’t be everywhere at all times. You are our eyes and ears as well,” Klubes said. “Always err on the side of caution. People should not worry about embarrassing themselves or somebody else. It is important to be aware of your surroundings.”

The administration also encourages students to “opt in” to the text message alert system.  “We want as many students as possible to certainly be signed up for this system,” said Dean Kunka.  Signing up is easy, which can be done at http://my.jhu.edu with a valid JHED account. The “emergency alerts” section under “My Profile” allows one to activate this alert. “If something does happen that presents an imminent danger, the more people who are signed up, the better chance we have of making sure everybody knows about an incident,” Kunka added.

Despite the recent incidents at the Navy Yard and on Capitol Hill, students generally feel safe on campus.

“I am surprised by the increase in violence [in DC], but I have not felt personally insecure or unsafe, and I feel the area we study in is not threatening in any way,” said Mohammad Shouman, a joint-degree SAIS-George Washington University student.

“If a SAIS community member sees suspicious behavior on campus, s/he should notify the front guard’s desk or call 202.663.5600,” Klubes said.

“Washington is a wonderful city, but like any big city in the world, you have to be vigilant and alert as you travel around, particularly in the evening hours,” Dean Kunka said.