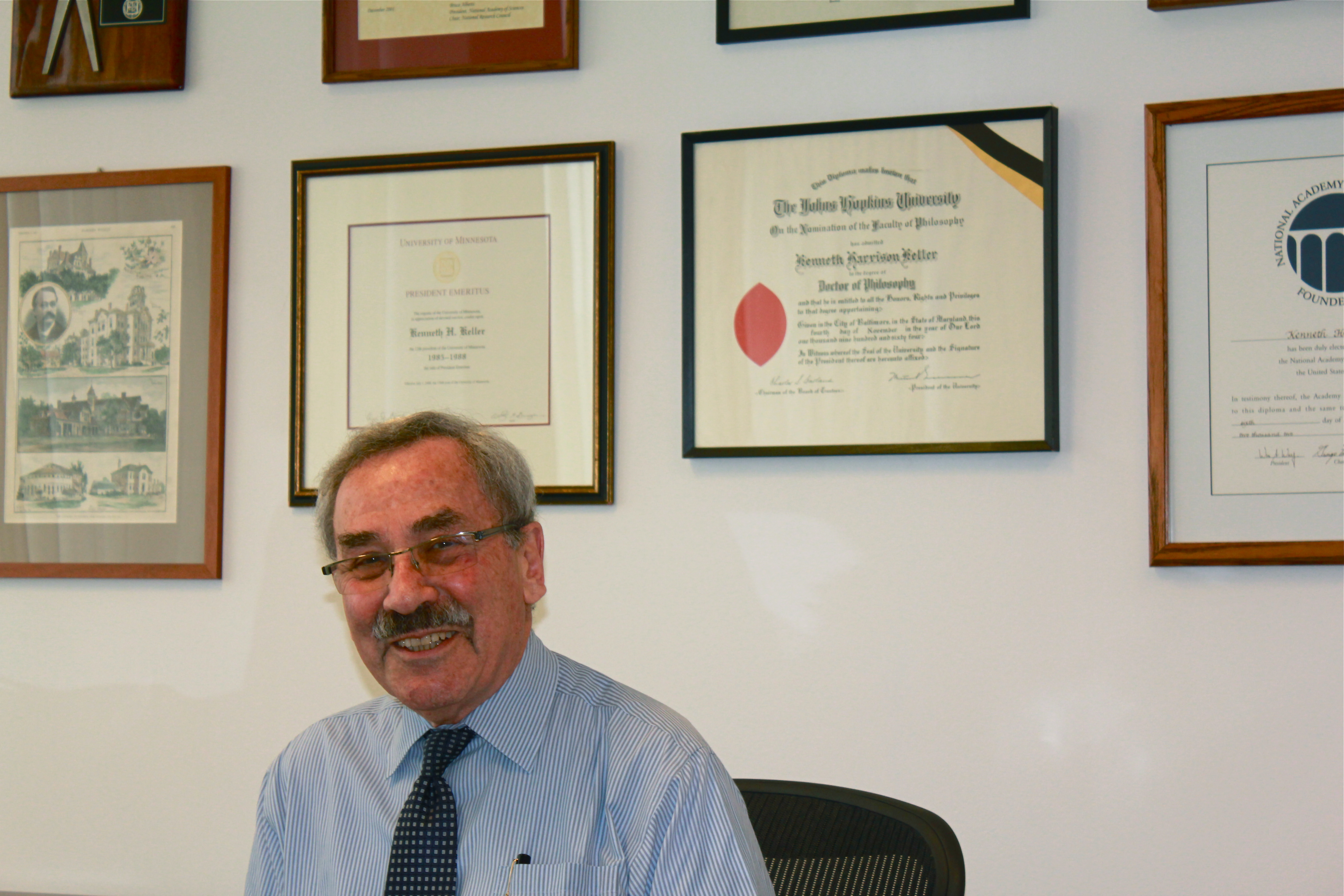 At the close of the 2013-2014 year, Kenneth Keller will step down as director of SAIS Europe after an eight-year term.

A search committee for a replacement, chaired by Director of the Latin American Studies Department Riordan Roett, will take on what Director of Recruitment and Admissions Nelson Graves calls “the single most important decision regarding the institution’s future.”

Since 7 October the search committee, which consists of DC and Bologna faculty and SAIS alumni (but no current students) has been winnowing down a stack of 60 to 70 applications for the position.

“The director is the leader of the entire SAIS Europe community and the point of reference for all of SAIS Europe’s stakeholders—students, faculty, alumni and staff, as well as the reference point for SAIS Washington,” Graves noted.

The search committee has a set of criteria for the director’s major roles, including fundraising, developing the curriculum, responding to competition from other programs and managing relationships with alumni.

“We are looking for someone with excellent academic credentials, experience in Europe and good people skills, to start with,” said John Harper, Professor of American Foreign Policy at SAIS Europe and senior member of the search committee.

But the new director will join SAIS Europe at a pivotal time for the school and will face unique challenges that will demand a special set of skills.

The director will spearhead efforts from Bologna to implement SAIS Dean Vali Nasr’s One SAIS initiative, which aims to more deeply integrate the DC, Bologna and Nanjing campuses as a single global institution.

Though Nasr was unavailable to comment on the search process or the initiative, Roett noted that “deepening the integration among the campuses will be key. Director Keller has been extremely compatible with the DC campus. We hope to find someone equally compatible.”

Implementing the One SAIS vision will demand communication with DC and advocacy.  As the three campuses integrate, the director will need to ensure SAIS Europe maintains its advantages through integration.

For Keller, advocating the school’s value has been a challenge yet rewarding.

“One of the challenges has been to demonstrate our comparative advantage as a US institution in Europe. Students here benefit from a debate…getting one perspective here in Bologna and another next year in Washington,” Keller said.

The search committee seeks a candidate who will continue Keller’s efforts on this front.

“Broadening the appeal of the two-year program and good salesmanship will be important,” Roett said.

The new director will also promote SAIS Europe’s in European policy discussions through the Bologna Institute of Policy Research (BIPR).

“This is the most exciting time to be director of SAIS Europe,” said Filippo Taddei, associate professor of economics and a search committee member. “Given the Euro-crisis and the current socio-political landscape, there will be many opportunities for SAIS Europe to contribute to policy debates,” he said.

In addition, the director can shape the school’s academic and professional culture. “It is important to know that your voice will be heard,” Taddei said. “Cultivating that atmosphere has been a great achievement of Keller’s and will be important for a new director.”

Keller pointed to other challenges he has faced as director. During his term, international opinion of the US has wavered.

“As the face of SAIS in Europe, a large part of the job has been to demonstrate that we represent American values, not necessarily American practices. I have grown to see those two things very differently,” he said.

In the coming weeks, the search committee will select a short list of candidates to invite to Bologna for interviews.

SAIS DC Student Government Vice-President Ally Carragher, who spent her first year in Bologna, expressed disappointment current students are not yet part of the committee.

“Students should have a voice in decisions that are significant to the future direction of SAIS,” she said.

After interviews, the committee will present a selection to Dean Nasr and Johns Hopkins University Provost Robert Lieberman by the December holidays. Nasr and Lieberman will make a decision based on the search committee’s guidance.

Once a candidate is announced, the new director will likely overlap with Keller for  some time to ease the transition.

The search will be a challenge, said Roett, since Keller has set a high bar.