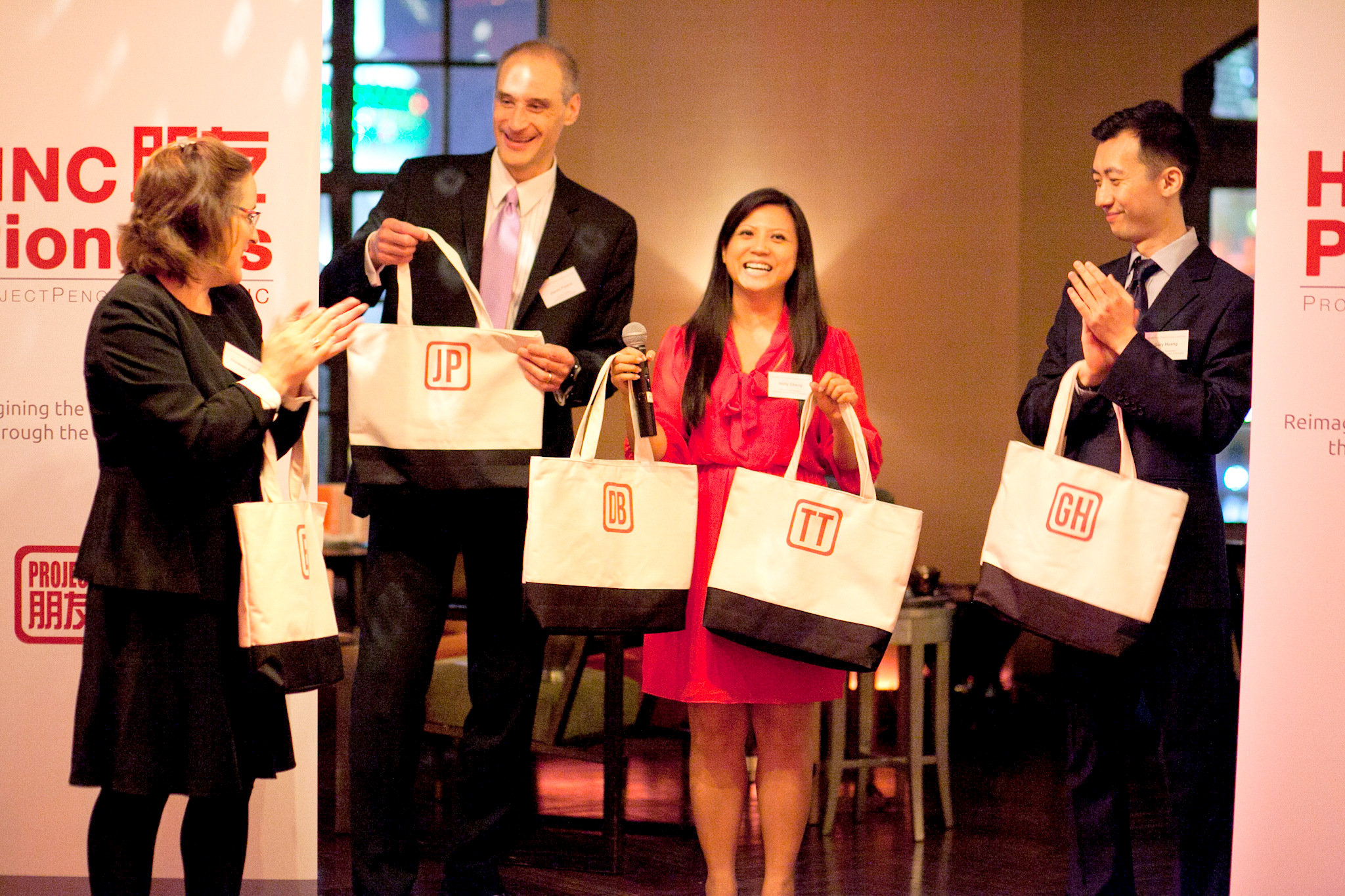 On September 26 Project Pengyou, a not-for-profit that connects alumni of American study abroad programs in China, held a launch event for its Hopkins-Nanjing Center Pilot. The project aims to leverage the HNC’s alumni community to test and improve ProjectPengyou.org for wider release.

“The reason I think this is worth pursuing is that alumni have asked why it is so hard to be in touch with classmates, and I didn’t have a good answer,” said Jason Patent, the American Co-director at the HNC.

The project aims to provide alumni with a way to connect to their community, organize events and take advantage of career networking.

“Facebook is big, loud, hyper-connected and a little hard to control,” said Patent. “This is an opportunity to have a community that is just us.”

Holly Chang, founder of the Golden Bridges Foundation, the organization under which Project Pengyou operates, sees the collaboration with the HNC as more than just a way to reconnect.

“We are trying to build tools to strengthen institutional cohesion and memory,” Chang said. “Bridge building isn’t going to happen unless people are given a platform to do so.”

Following the HNC Pilot, Project Pengyou intends to market ProjectPengyou.org to over 100 other US academic institutions and communities active in China, making the site a resource not just for HNC alumni but all international alumni of US-China exchanges.

Administrators involved in the project say it is different in concept from Facebook or LinkedIn because it aims to build a community of ‘alumni’ of U.S.-China exchange,
a niche group that would not develop spontaneously on more broadly focused platforms
like Facebook or LinkedIn. They see huge potential for
career networking, research collaboration and social connection between people who will shape the way the U.S.-China community of tomorrow interacts.

“It is not only people like Ambassador Locke who promote the US-China relationship,” said Chang. “It is also normal people on the ground.”

The collaboration is funded by a $112,000 grant from the Ford Foundation. Project Pengyou also partners with the 100,000 Strong Foundation, which seeks to realize the Obama administration’s goal of sending 100,000 American students to China to study Mandarin by 2014.

So far, in its first couple of weeks, the feedback from students and alumni has been generally positive. As of Friday, the HNC alumni group had 161 members. Current HNC students have also expressed interested in joining the network and many already have joined the online community.

Nicole Alter, a first-year certificate student at the HNC, thinks many social networking sites fall short in the China market.

“Facebook excludes Chinese students, so it is great if there is something legal in China that we can use internationally,” she said.

Kevin Bond, a first-year master’s candidate at the HNC agrees that the alumni network will provide a better forum to connect than some existing social media sites.

“I think this is more effective than LinkedIn because LinkedIn is too impersonal,” he said. “I would definitely use it to find jobs or hire people in the future.”

While the feedback is good so far, those involved will continue to monitor the project to see how it can be improved. Chang hopes that the HNC pilot project will allow Project Pengyou to see what is in demand and eventually expand the project to other networks.

“Once we have the baseline set of communication features we’ll start to roll it out to other groups,” she said.

The HNC side is similarly pleased with the initial results but hopes the program will continue to grow and be sustainable.

“It’s been positive,” said Patent. “We want it to be more positive.”

Previous post Letter to the Editor – Some Good News for Greece