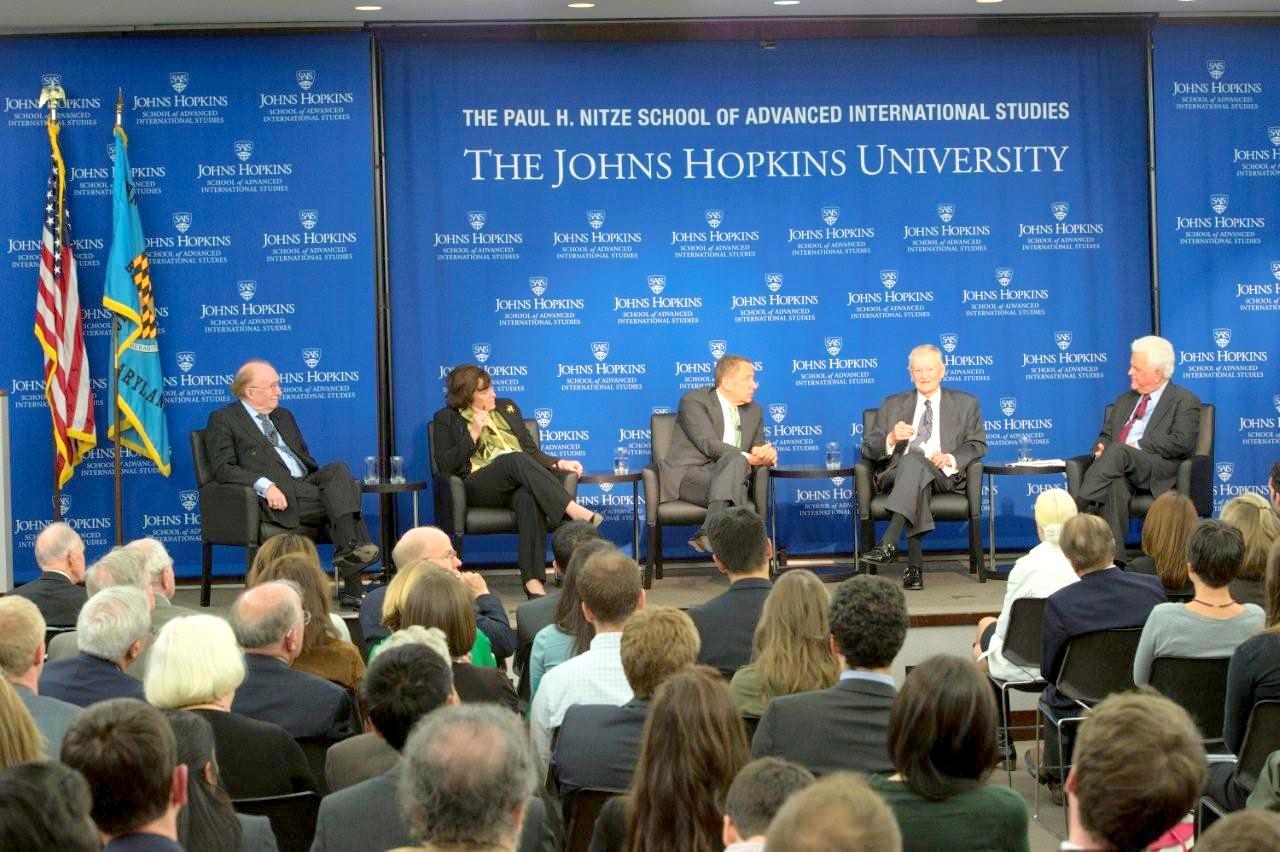 At eighty-five, Zbigniew Brzezinski still emits a rare kind of wisdom — one of intellectual energy and strategic foresight that has for decades advised former US presidents, shaped American foreign policy, influenced geopolitics and inspired policymakers and students alike. He did this once again with charm and thought-provoking remarks to a packed Kenney Auditorium on Tuesday, October 22.

One big question posed to Brzezinski during the event centered on how to advise someone running for president. “Really become familiar with the complexities of today’s world.. [and] prioritize,” he said. “Think early as to which acts and undertakings are essential not only to your future success as a historic figure but particularly to the more immediate American interests thought of in a larger time framework because you will not have too much time to achieve it.”

While tailored to presidential ears, this advice is equally apt for students. In the plethora of classes, clubs, happy hours and brown bag lunches, the SAIS experience is only two years for most and just one for others. Learning the ropes of SAIS early is key but so too is prioritizing your time for the next chapter — the working world.

But in that possible chapter of presidential work, Brzezinski stressed the importance of more strategic decision-making in the White House. “Prioritizing national goals, trying to create coalitions, learning how to deal with rivals, reaching rational judgments regarding the scale of the threat posed by those who wish us ill.. [this] is an infinitely more complex process.”  A systematic effort is required for these ends, Brzezinski said, one that is more “conscious of the need for deliberate, politically sensitive planning for actions.”

These capabilities are vital for contending with the geopolitical challenges of the day, including for example the Syrian Civil War, Iran’s nuclear aspirations, the future of Afghanistan and Iraq, international terrorism and China’s emergence as a global power.

In the Cold War, such geopolitical moves were simpler than they are now — largely symmetrical, and linear — like those in a game of checkers. The United States and Russia were clear foes. But times have changed. The world is still round — and the board still square — but in today’s global game of chess, the pieces are varied and the moves more intricate and thereby necessitate strategic thinking years and decades in advance. “What we have to do as a country, however, is be alert to the fact that the world has become infinitely more complex,” Brzezinski shared.

On Syria, for example, he said “there is no simple military solution to Syria without running the risk of the problem becoming not just national but regional in an escalatory fashion.” On characterizing power in the twenty-first century, he asserted “we have come to the end of a prolonged era in world affairs in which struggle for hegemony was the dominant reality.. today we live in a world in which global hegemony is no longer attainable by anyone.” And on American power, Brzezinski contended that “we are certainly not in the dominant position we were in twenty years ago. We are unlikely to recover it, probably, in the course of the lifespan of everybody in this room. That is to say, we are not going to be as omnipotent and as unique as we were.”

The club of power belongs no longer to just the nation-state — though unquestionably still dominant — as the rise of non-state actors, corporations, and international organizations are also gaining entry into the new world order. The “global political awakening,” as Brzezinski coined several years ago to describe increasing political consciousness and worldwide populist activism, is a new force in international relations. So, too, are the “information revolution” and the “disaggregation of political voices” as Secretary Albright mentioned. Big ideas they are, and big tasks they engender; but with the right preparation, these novel forces are not beyond America’s capacity to confront, to manage, and even to influence in the next chapter of world history.

Wisdom is rare, but it was flowing last Tuesday, from a stage of tested policymakers to the young ears of tomorrow’s leaders. “This is going to be an infinitely complex, potentially more dangerous world,” Brzezinski shared in his concluding remarks. “In which common sense, a sense of responsibility, deliberate planning, well prepared elites, and a far more informed public about the world are the sine qua non of America’s intelligent conduct [in the world].”

Brzezinski served as National Security Adviser to President Jimmy Carter from 1977 to 1981.