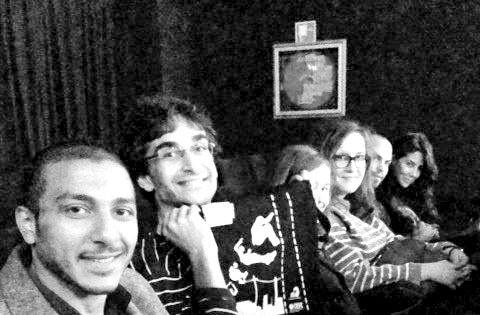 For the past seven years, the Terra Di Tutti Film Festival at Cinema Lumiere in Bologna has been committed to showing independent documentaries that are no longer distributed or have had no space to be seen by mass audience.

Palestina Per Principianti, directed by Francesco Merini, recounts the story of Simone Zimmy Martini (Zimmy), an Italian musician from Bologna who travels to a refugee camp in the village of Bejit Jibriin, Palestine to teach music to children living there.

The camera follows Zimmy on a journey of self-discovery, as he travels to Palestinian refugee camps.  There, he witnesses tragic, eye-opening stories of families evicted from their homes and forced to live in tents for up to ten years.

The film highlights how the illegal Israeli residential settlements have been architecturally designed to resemble a wall and placed atop mountains to offer a strategic vantage point for the military. The Israeli West Bank separation barrier reaches 8m
in height in some areas and its length will extend to 700 km upon completion. It bears graffiti that spells out “make music, not walls.”

Often, conflict stems from cultural misunderstandings. But music can serve as an avenue for people of distinct cultures and mindsets to gain exposure to one another and broaden each other’s perspectives through a medium native to both parties.

As part of the Conflict Management Club’s effort to explore a broad range of means to address conflict, the film served as a springboard for a vibrant discussion.

Over falafel sandwiches at a local Palestinian restaurant, club members shared their diverse perspectives on internally displaced persons and refugees through personal experiences working with refugees.  Many offered insights into creative ways to approach conflict management.

The film also sparked debate on the meaning of self-determination, the ability to overcome obstacles to succeed and the role of individual governments as well as the international community to empower citizens and help them to leverage their strengths, especially in the face of serious humanitarian crises.

Throughout the year, the Conflict Management Club will aim to highlight that, while all conflicts are complex, issues need to be deconstructed to fully understand the layers behind the problems to create viable solutions.

The film screening was just the first of many events the club plans to hold to inspire SAIS Europe students to think broadly and critically about conflict management outside of the classroom.

Next post Image of the Week
The SAIS Observer Staff