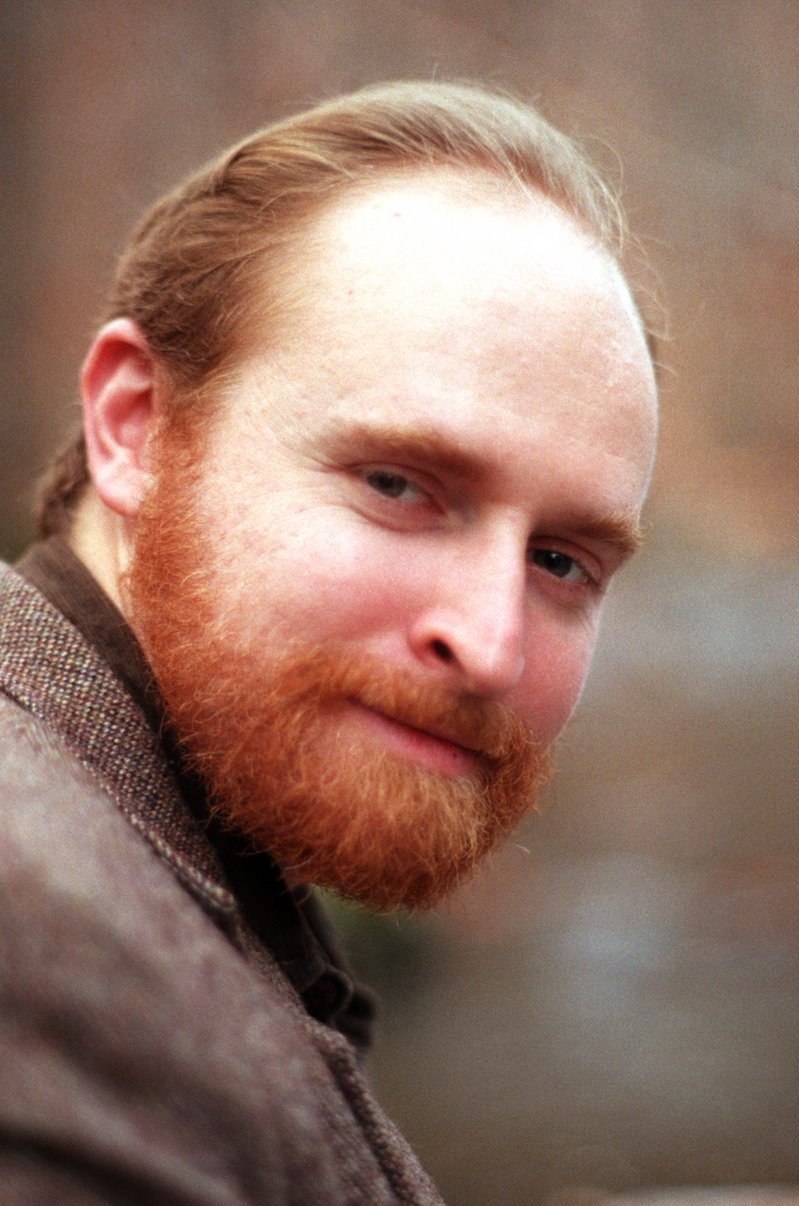 During his last year in high school, Professor Adam K. Webb got a Chinese textbook and began teaching himself.

In 1997, he came to China for the summer through the ‘Princeton in Beijing’ program. He remembers spending 22 hours on a bus from Shanghai to Anhui, metal eel tanks stacked up in the aisle, the August heat sweltering, water sloshing out of the tanks, and an eel slithering out onto the floor.

Unphased, Professor Webb came back to China to begin teaching at the Hopkins-Nanjing Center six years ago. “I was a bit rusty when I came here in 2008,” he admitted, but since then his Chinese has improved greatly.

“I’m not really a China specialist, which is a somewhat unusual position to be in.”

A Princeton PhD in Politics and a former social studies lecturer at Harvard University, Webb specializes in global cultural issues, world political thought, modernity and its critics, and rural politics and alternative approaches to development, among other areas.

In addition to his other courses, Webb runs the second-year Master’s colloquium and co-teaches the first-year Master’s tutorial. “I have a lot of contact with the Master’s students,” he said.

Of his courses, Webb said: “I think I tend to get more of a mix than most classes here. The rural development class has always been pretty mixed. Modernity and World Social Thought is mostly Chinese.” This mixing between international and Chinese students helps keep the two groups from being isolated in their own worlds, and enriches discussion. “Hopefully we can expand more at the Center to make it more truly integrated,” Webb added.

One platform for interaction between international and Chinese students outside the classroom is the Philosophy Non-Club, organized by Professor Webb and his colleague, Professor Thomas Simon. The club provides “an integrated venue for talking about a whole range of issues.” One recent discussion centered on feminism and China and another on the role of language and identity.

In his time away from the Center, Professor Webb has done library research in England and fieldwork in Egypt and Peru. “I try to get off the beaten path a bit,” he said.

Two of his more recent research topics have focused on the global connections among people not usually considered globalized, and on how activists in the Arab Spring see the rest of the world.

His forthcoming book examines alternative cosmopolitanisms and encounters between civilizations prior to the era of modernity and global consumer culture. “Liberal globalization tends to focus on how people can coexist despite their beliefs,” said Webb, rather than examining the common ground within diverse traditions.

Looking forward, Webb is enthusiastic about the proposed ERE concentration as “something we can tap into, particularly in the Chinese context,” and is hoping for more international conferences, including one next year in Nanjing about interactions among China, the West, and the Muslim world.

As Professor Webb pointed out, looking at the world as a division between “the West and China” highlights some issues but obscures others. Additionally, since half of the international students at the HNC can be from outside the US, there may be potential to increase recruitment from other countries and further diversify perspectives in the classroom.

Professor Webb sees the HNC as a good base for looking both at China and the rest of the world. Due to the rapid social, political, and economic changes in recent times, “the spiritual crisis of modernity is particularly vivid in China,” he said.