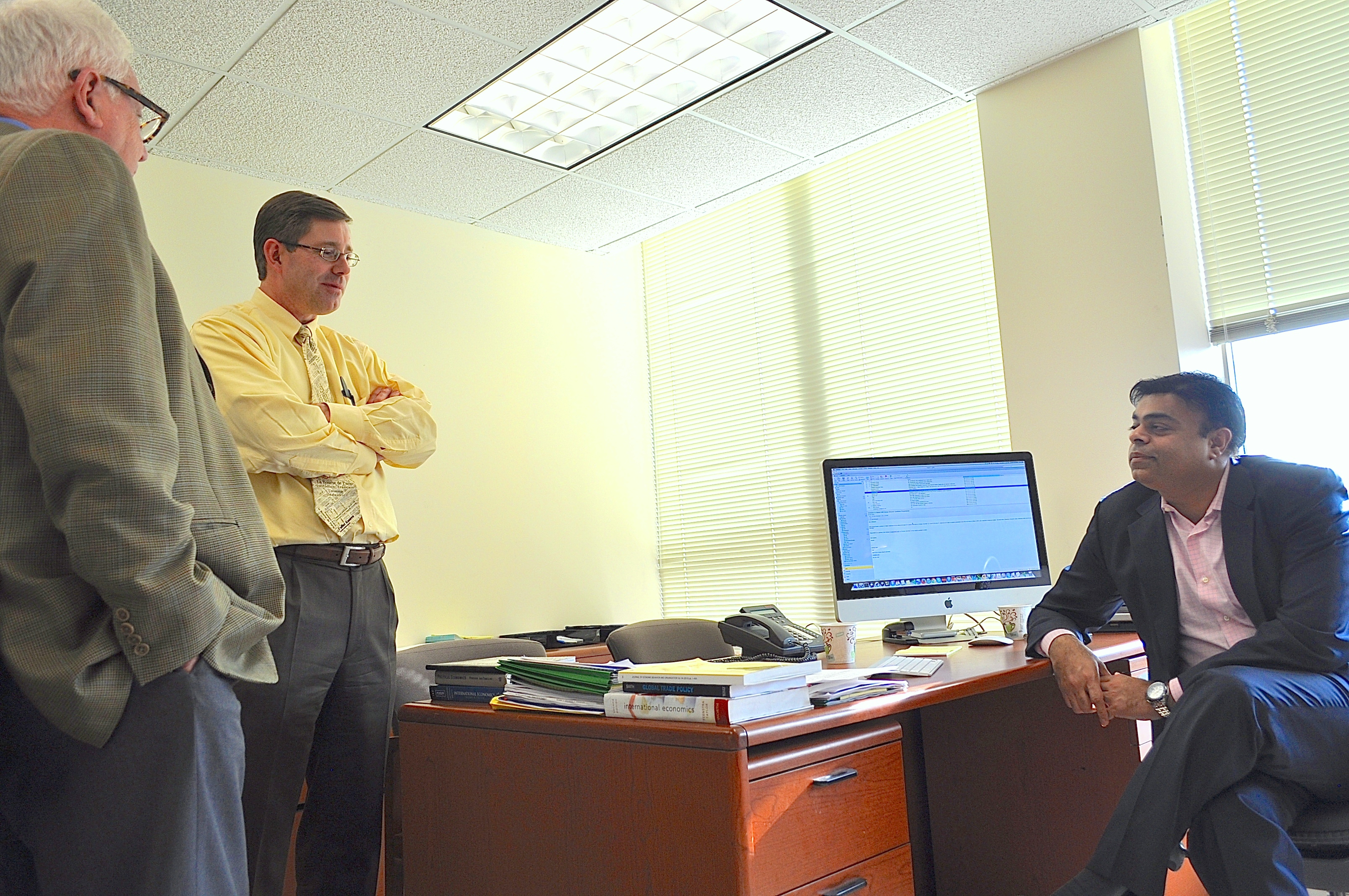 AFTER 18 months of planning, SAIS opened applications for a new Masters in International Economics and Finance (MIEF) degree program this November. The degree program is set to take in its first batch of up to 35 students in fall 2014.

While the idea for the program has been around within the SAIS International Economics department for almost a decade, the school renewed the proposition two years ago.

“The school was looking for new opportunities to expand offerings and broaden the scope of what the school does, [as well as] diversify its revenue stream,” said Director of the MIEF degree program Prof. Gordon Bodnar.

“The MIEF program is an outstanding addition to SAIS’s graduate offerings and will allow us to educate a new group of global leaders focused on international economics and finance. MIEF alumni will play an essential role in our increasingly complex global economy,” wrote Dean Vali Nasr in his announcement of the new degree program.

“Once the degree was approved here at SAIS, Melissa [Trotta, associate dean for executive education & strategic initiatives] and I assisted Prof. Bodnar in getting the proper accreditation approval you need,” said Director of Executive Degree Programs Stephanie Cancienne Hedge. This process involved facilitating approval both from the JHU Homewood campus as well as the Maryland Higher Education Council.

According to Bodnar, what sets this program apart from other postgraduate Economics courses is the special international focus that SAIS offers, as well as the 11-month structure, which makes it a relatively unique opportunity both in terms of content and structure.

“The only other school that we’re aware of that does a Masters program in International Economics and Finance is Brandeis [International Business School], and that’s a regular two year program,” said Bodnar. “What we had the market opportunity to try to do is a program in international economics as a one year Masters degree… You can have students take courses intensively over one year — essentially cover three semesters in one year.”

“I’m wondering if this shows a reorganization of our priorities – is this coming from student demand, a greater interest in Economics in the international arena, or is it motivated by trends in university degree programs?” said second-year SAIS student Rachel Marcus.

While some current MA students have approached Bodnar expressing concern that the MIEF would have been a better degree for them, Bodnar is confident that this highlights the need for a more diverse course portfolio rather than an overlap. Expanding SAIS program offerings would not only give potential students more options, but allow SAIS to attract and improve the pool of applicants through product differentiation, he added.

“It’s the Coke model – rather than just stick with classic Coke, you have the variety of different flavours and versions that cater to different markets,” he said. “What we’ve seen over the years is that there are students who would like to do even more economics than the M.A. degree allowed… Hopefully it will draw people to SAIS who may not be interested in coming just for the M.A.”

The 11-month intensive program focuses on equipping students with an understanding of advanced economic theories as well as a professional know-how of quantitative and econometric skills. Students can choose between the Macroeconomics and International Finance track or or the International Trade and Development track.

MIEF candidates would need to complete 14 courses, nine of which will be required. MIEF students will have the option to take two IR classes with other SAIS students, but the rest of their cohort courses will be new introductions to SAIS. Despite the cohort structure in the fall, however, students pursuing other degrees will also have the opportunity to attend high level MIEF economics courses in the 2015 spring semester.

According to Bodnar, the experienced pool of economists within the SAIS International Economics department has proven to be a useful resource in outlining these courses as ones which can translate well to jobs in the sector.

Bodnar also hopes that the degree program can develop partnerships to source students with leading organizations in international economics.

“One of the longer-term goals would be to target, around the world, central banks, finance ministries, and trade entities, saying do you have young professionals that you think would benefit from some additional training in order to stay on with you?” said Bodnar. “They can then go back to that institution which sponsored them hopefully and do their job even better.”

Currently, no work experience preferences are associated with successful applicants, though strong quantitative skills are a requirement.

“The idea is that people are going to be attractive coming out of this program because of the tool set they carry with them – we’re just looking for the best athletes,” said Bodnar. “Sometimes you can just tell by looking at somebody that they’re going to be really successful – I would like that person to have a Johns Hopkins graduate degree, even if they are 22.”

Bodnar also said the net increase in demand to the school’s resources will be minimal, as the size of the program keeps classroom constraints in mind. MIEF classes will be held while the rest of the school goes for language classes, thus avoiding an overlap, Bodnar said.

“Part of the problem is that space is a premium at SAIS and resources are already pretty strained,” said Bordnar. “..[And] part of what was beautiful in this is that it can fill in the cracks.”

The International Economics department plans to hire at least two new professors in the near future, but most courses will be taught by current professors. While bidding has been a concern for SAIS students and is in place because good professors are a ‘scarce commodity’ according to Dean Harrington (see “Bidding Harder to Avoid at SAIS DC” in Issue 5), Bodnar is confident current students should not be affected by professors taking on more courses and would in fact benefit from additional course offerings come the 2015 spring semester.

“We can bring in some additional teaching faculty. We also can fortunately afford to pay people relatively attractive amounts to teach in the MIEF because the tuition is substantially higher, and at least temporarily there will be people who will be willing to teach the courses for extra pay,” said Bodnar. “There has been no structural design to have it take away resources from the M.A., everything is incremental.”

Along with asserting that the strain on resources would be minimal if at all, Bodnar also did not think that taking on the task of offering more degree programs would dilute the quality of education at SAIS, and would in fact elevate it.

“Is Coke worse off because they offer Coke Zero? The idea was let’s come out with Coke Zero – lets come out with a different version of what we have targeted to a particular audience, which knows about us and likes what we do and would like it with no calories,” said Bodnar.