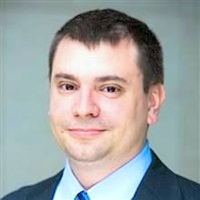 We asked SAIS professor Guillermo Vuletin how the US Federal Reserve System’s tapering is affecting emerging economies. Originally from Argentina, Vuletin is a fellow at Brookings’ Global Economy and Development program and the Global-CERES Economic and Social Policy in Latin America Initiative.

How is the Fed’s tapering affecting emerging economies?

I think what we have here is a sequence of common shocks affecting emerging and developing markets. This is what I like to call the end of the bonanza.

It comes in two main flavors, one more naturally related with the real economy: China is slowing down. That means you have less prospects for global demand, particularly for commodities in emerging markets – think of soy beans, types of agricultural and mineral products. This may hit hard countries already experiencing current account deficits which are mainly commodity exporters.

The other common shock affecting the developing world is the US’ tapering. This means that the US is reducing its stimulative quantitative easing policy. This is increasing US interest rates, making investments in emerging markets less attractive, as now you’ll have much more appeal for investors to go back to the centers (the US in this case), as opposed to stay in the periphery, to put it in Latin American lingo. Indeed, the US’ tapering  is already creating capital outflows and pressures for exchange rate depreciations and financial volatility in many emerging markets.

One thing that for me is quite interesting yet is that, at the end of the day, this is not affecting all emerging markets equally.

Yes, those countries are referred to as fragile in the sense that if the US tapering hadn’t occurred, they might have not be in the kind of trouble they are in now.

There are certain macro fundamentals that these five and many other developing countries typically share: they’re all running current account and fiscal deficits (the so-called twin deficits), and have deteriorating foreign currency reserves, and large short-term debt. In some cases, this scenario aggravates with relatively high inflation rates of 6 to 11 percent.

How they solve these problems depends on the margins they can operate in. One policy that most central banks in emerging markets typically pursue when facing capital outflows is to increase domestic interest rates. This tends, in principle, to reduce capital outflows by making domestic conditions more appealing for financial flows. This policy has been recently pursued by Turkey and India. The tricky part is that higher interest rates may reduce investment and decelerate economic activity. So while it typically helps in the short-run they need to be complemented by other policies not to hurt growth prospects. On the trade deficit front, one easy fix is to let the currency depreciate; like Argentina did recently. In principle one would hope that the currency depreciation would make domestic products more competitive helping export more and import less. The problem is that if you do that very aggressively, and you already have inflationary pressures and fiscal problems, then these type of devaluations may trigger higher expectations about future inflation. The latter might actually eliminate or even worsen real competitiveness, making the devaluation fruitless. This would be even worse if you get into the typical vicious spiral of inflation and devaluation. This is where Argentina is heading.

Now we are in one of those positions where you really have to play inside tight margins. At the end of the day, everything will come down to how fast you are able to solve some of these macroeconomic fundamentals.

However, there are also many emerging countries that have not been that badly affected by the tapering. Countries which did their “homework” during the past bonanza are just fine today. I was talking to a Korean radio the other day, for example. If you take a look at Korea, they have a current account surplus of something like $70 billion. They also have a fiscal surplus. Plus, their exports don’t depend on agricultural commodities, so they don’t have to be afraid of fluctuations in the commodity prices. These guys are in great shape with respect to these basic macro fundamentals.

The chief of India’s Central Bank, Raghuram Rajan said that the Fed’s tapering “violates the spirit of the multilateral loosening of 2008-9.” Did the Fed break its promise?

I sympathize with the idea, in principle, in the sense that if it hadn’t been for this shock, most likely some countries wouldn’t be in the position they are in. But I think it is useful to remind ourselves that the Fed has a domestic mandate. Even though the Fed was clearly coordinating efforts with other developed countries (mainly the ECB) in the aftermath of the Global Crisis, this was a reaction to a domestic problem which naturally had global consequences given financial and real linkages. In my opinion, the Fed is not to blame. Particularly, because developing countries knew that this low global interest era was eventually going to end and, moreover, countries had many policy tools to articulate what to do with the extraordinary favorable external conditions during good times and prepare themselves for what was expected to come.

What do you think was the lesson of all this so far?

It might sound like a cliché, but one thing we learned was that, what you do in good times is crucial to know what will happen to you in the bad times. Of course, the fact that we’re discussing this after so many boom-bust cycles through history points to how much we have (or not) learned. It is true that an important part of the developing world has “graduated” from typical self-inflicted polices that in the past condemned them to fail. However, there are still many emerging and developing countries that are “still in school”, to use some terminology we coined in a paper with Jeff Frankel and Carlos Vegh.