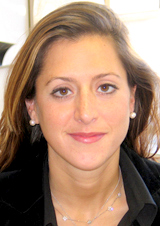 This semester, SAIS Europe is fortunate to have Dr. Sanam Vakil, adjunct professor of Middle East studies. Vakil has served as a research fellow for the Iran Project at the Council on Foreign Relations. She has worked as a consultant with the World Bank Group’s Middle East and North Africa Division, and was an associate at The Abernathy MacGregor Group. She earned her Ph.D. in international relations from SAIS.

Vakil currently teaches a course on ‘Political Leadership in the Middle East.’ The SAIS Observer talked to her about Iran in light of the recent negotiations over that country’s nuclear program.

Why should Iran give up its nuclear program? Why would it?

Iran has a long-running nuclear program that has come under severe criticism and suspicion because the Iranian government has been opaque and obstructionist. Tehran has continued to enrich uranium, which is technically its right under the Non Proliferation Treaty, and has a number of undeclared nuclear facilities that were not under IAEA monitoring.

Iran’s economy has suffered from international sanctions that blocked Iran’s access to trade, financial markets and limited oil and gas sales. Tehran, after the election of moderate President Hassan Rouhani, has decided that the economic pain and isolation is damaging the domestic and popular balance. Rouhani’s government is seeking to make a compromise on the nuclear program to guarantee IAEA access and monitoring of all of Iran’s facilities in exchange for the roll back of sanctions and reintegration of Iran into the global economy.

What are the motivations for the US and Iran behind these negotiations?

Iran’s motivations are economic and strategic. With a young, restive population, the Iranian government cannot afford to be economically marginalised. For the US, resolving the nuclear standoff has been a central focus of the the Obama administration.  They have been secretly meeting and laying the groundwork for these negotiations for three years now. Many, myself included, believe that a regionally integrated Iran can benefit the Middle East. However, for the time being, the negotiations are only focused on the nuclear program. Both Tehran and Washington have been very careful not to broaden the scope of discussion fearing that dealing with other issues could obstruct progress on the nuclear front.

In the event of a comprehensive deal, what are some of the first economic and political ties between the countries that would be restored?

Even if there is a final agreement, there is no guarantee that that agreement will translate into full diplomatic ties between Iran and the US.  In fact, I do not believe either side will rush to exchange ambassadors or encourage US investment. After 35 years of enmity, both countries need a gradual period of easing into full relations. Tehran will be very reluctant to invite the US back in and there are neo-conservatives in Tehran and Washington that remain very suspicious of the other. Rather, European and Asian countries and businesses will be the immediate beneficiaries of any deal over the Americans.

What would happen if negotiations fail? What would it mean for the rest of us?

More and more sanctions, and then there is the military option of course which will be ultimately disastrous for the Middle East.

What are some of the potential benefits of restoring US-Iranian relations? What are the risks?

Restoration will not come over night. Rather any cooperation between Tehran and Washington will be gradual and based on cultural and soft exchanges over the more challenging ones. The long-term benefits are numerous and include regional stability and greater cooperation in containing the spread of terror groups and the drug trade, promoting stability in Afghanistan and access to increased energy and encouraging regional integration.

It is important to note that if rapprochement does come, Iran will continue to pursue its national interests. These interests might often collide with those of the US.

After 35 years of limited relations, I do not see any risks.  The risk would be to continue the failed policies of diplomatic containment which have done more harm than good.

What are your interpretations on events thus far? What do you believe is likely to happen? What implications will it have?

I am cautiously optimistic.  This is all about timing and commitment. Both Rouhani and Obama have banked on these negotiations. Nevertheless, as I said before, there are many conservatives in the US Congress and also among the Iranian elite who are wary of the negotiations and have the ability to obstruct the process. For the time being, both presidents have been able to restrain their opponents, but the clock is running especially for Rouhani.

The SAIS Observer thanks faculty members for taking the time to speak with us and for lending their expertise to comment on current events around the globe. Students and faculty members are encouraged to reach out to the Observer team if they would like to hear from a specific professor on a topic, and we would be happy to request for the professor’s  inputs. To learn more or to offer feedback on this section, write to us at sais.observer@gmail.com.

Next post Against US Drone Strikes
The SAIS Observer Staff