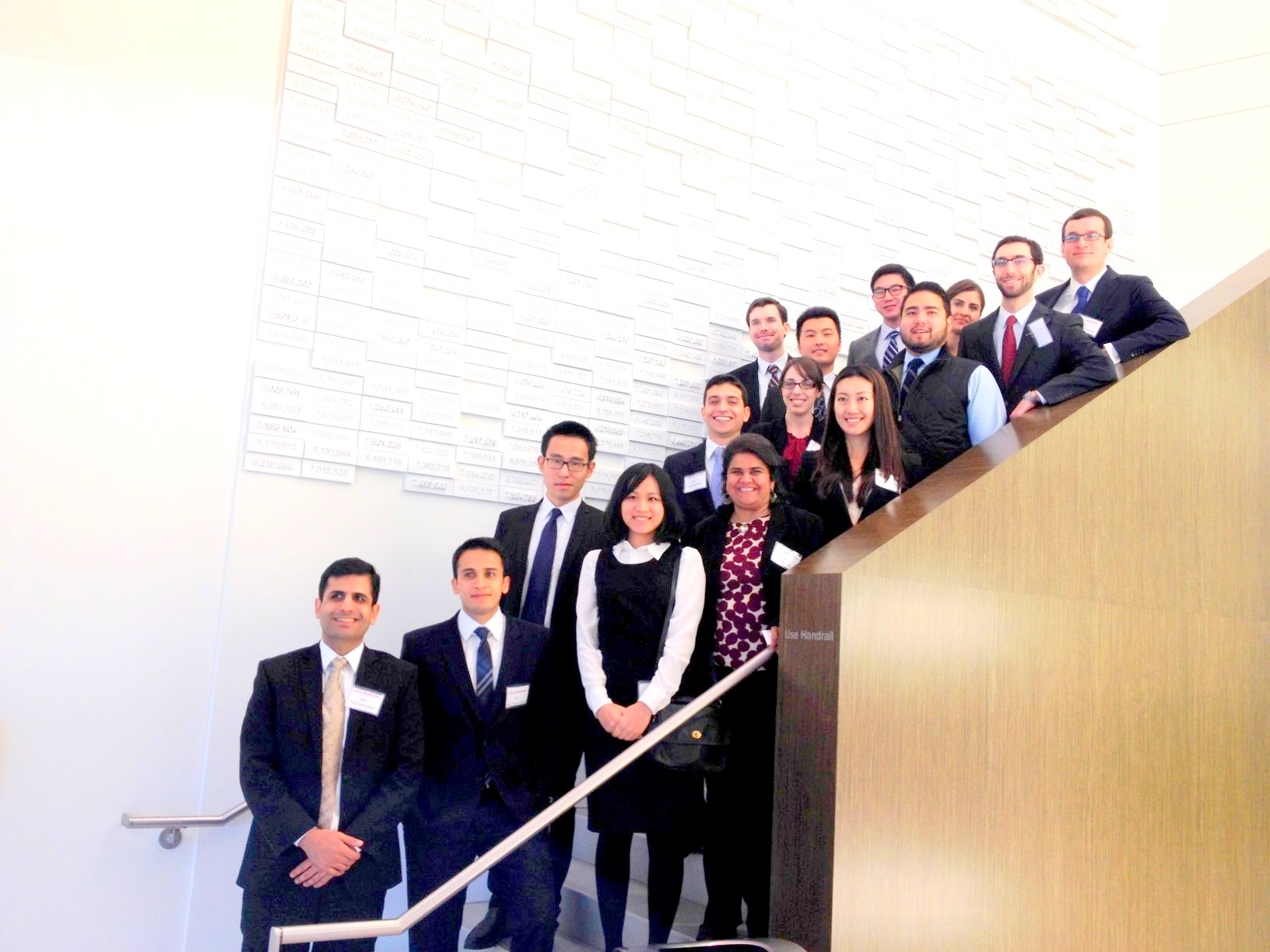 The latest employment outcomes are in, and if you are graduating soon, there is reason to be enthusiastic: 93% of all graduates sought and found employment, obtained fellowships or internships, or pursued further study within six months of graduation, according to the recent “SAIS Employment Outcomes 2013” report.

Published by Career Services, this pamphlet conveys both the caliber of employment prospects that await SAIS students and indirectly the quality of services available to students readying for careers after SAIS.

“I think this is fascinating… because the story almost is how little has changed in [the last] 15 years,” said Ron Lambert, director of career services, who has been at SAIS for 19 years. “In 1995, we were running approximately 47% in the private sector, which is what it was last year.  This year, it is 44%.”

Trailing private is public at 19%, multilateral at 17%, nonprofit at 15%, and then fellowships and further study combined at 5%. The drops in the private sector very much mirror the drops in the economy,” Lambert said, referring to the financial crisis of 2008 and 2009, which saw public (29%) higher than private (25%) in 2009.

Compared with last year, “the first message is that [there is] no change… but the [median] salaries are up for all sectors,” said Jean-Amiel Jourdan, senior associate director of career services. “That is the good news.”

SAIS has an edge over its competitors due to marketing.

“If you look at the other APSIA schools, no one else is doing the hands-on marketing that we are doing in Europe and Asia vis-à-vis jobs and career services and employers,” Lambert said.

With over 16,000 alumni, Career Services taps into this vast network continuously through various outreach programs.

“And because we have people on the ground in all three schools now who are doing employer outreach… it makes a huge difference,” Lambert said. “We have such a competitive advantage… none of our APSIA competitors are doing that.”

Since nearly half of SAIS students enter the private sector, most compete with MBA students. Landing a job in project finance, for example, requires student initiative with relevant workshops, networking, and internships.

“[This] is how you… demonstrate that you have that skill,” Jourdan said. “And only with that can you get the job that could be reserved to MBAs.”

SAIS sends more students into the private sector than any other APSIA school, according to Lambert. For the non-industry types, the sell is easier.

“I think people in the public and the non-profit sectors understand how this degree and academic program fit into their hiring needs,” Lambert said.

Beyond helping students start their careers after graduation, Career Services has also led initiatives that improve both skills education and the curriculum.

“What I used to hear from employers [is that] SAIS students are smart, they are analytical, [and] they write well, but their quantitative skills are not up to what we need, and their business acumen [is] not there,” Lambert said.

In the late 1990s, Career Services changed this. After speaking to an alumnus who spoke highly of a Wharton Executive Education course called ‘Finance for Non-Finance People,’ Career Services ultimately brought the course to SAIS, and with it professor Gordon Bodnar.

In time, SAIS offered a similar non-credit course for two years, and since Bodnar was recruited full-time from then Dean Paul Wolfowitz, “he has built up an amazing international finance specialization here,” Lambert said.

Career treks are another invaluable resource for both students exploring careers and SAIS marketing its brand. “You get to put the product in front of the employer,” Lambert said.

The recent trek to Houston gave students the opportunity to show their knowledge of economics and business in energy and to ask questions.

“It gives our alumni the chance to meet 15 SAIS students, and every time they walk away impressed,” Lambert said.

“The Houston career trek was incredibly informative. In addition to learning about employment opportunities, we toured a laboratory at Halliburton, heard a lecture on the world outlook for energy at ConocoPhillips, and discussed the relationship between energy companies and environmental NGOs at the Consumer Energy Alliance… [It was] a wonderful experience that I highly recommend,” said second-year SAIS student Maxwell Lee Cohen.

On looking ahead, this year’s report features ‘Tri-Sector Leadership’ as its main theme, defining the kinds of students SAIS attracts and the talent employers are seeking.

“Private sector employers are becoming more and more aware that to be successful, they need people who know how to cross cultures… [and] work with the public sectors as well as non-profit sectors,” Lambert said. “[And] I think that is where SAIS students really shine.”

“SAIS grads are doing really well getting jobs,” Lambert said. But proactivity is essential, according to Jourdan.

“The worst case scenario is when people start thinking about interview prep in April of their second year,” said Jourdan. “For those who wait, they will make it, but they may miss some opportunities earlier in the game.”

Both Jourdan and Lambert recommend that students should apply early, schedule one-on-ones with career advisors, attend workshops, and participate in career treks.

“Students really need to be able to articulate effectively how this education fits into their goal,” said Lambert.

Students ultimately come to SAIS to learn, to land jobs, or to pursue further study. Classes, happy hours, field trips, networking events, speaker forums, and cookie hours all enrich the student experience, but to paraphrase Clausewitz, these are just the means to the end: building a career after SAIS.

For more information on employment outcomes, refer to the report in the Career Services office or download a copy from the SAIS website.