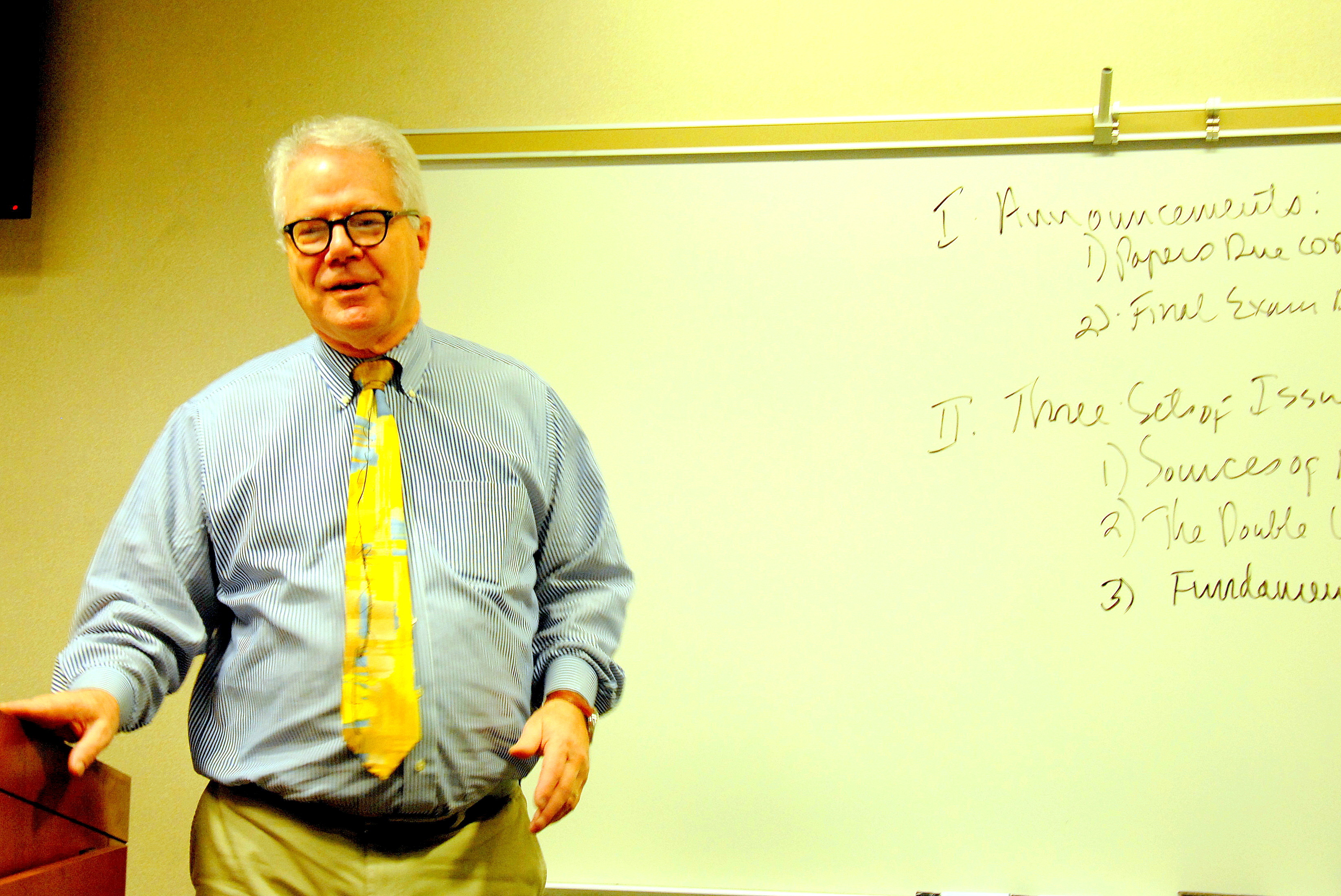 Why is the Chinese economy slowing down?

So, then the question is, to the degree that it is, why is it slowing down? I think that gets to a number of considerations. First of all, China has maintained high rates of growth for over thirty years and it has done so by dumping huge amounts of investment into basic resource-intensive, heavy industry. It has kept a very high growth rate by effectively siphoning away money out of the savings of the Chinese people and recycling it into state enterprise investment and by massive exports abroad. By now though, most easy, high-payoff investments have been made and the world is reacting politically to the export-led model.

That is why China is trying to change its growth model and get more efficiency out of a relatively lower amount of investment. Beijing also needs to shift into a domestic consumption-driven economy, but there is a lag associated with that. That’s because people are still used to saving money “for a rainy day”. They’re not sure about the future, so China needs to construct a social security safety net and healthcare provision to give them reassurance.

Also germane to shifting the growth model is investing relatively more in the service sector — this would help create employment, but may not help productivity grow as much as in technology-intensive areas. In the long run however, all this, and reform of the financial system, would allow China to use its capital more efficiently and absorb labor. And, and as China moves into the service industry, it also needs to move up the valued-added chain in both traditional and frontier industries. To do all this China needs to invest more in education and in research and development (which it is doing on a considerable scale). All that takes time to kick in.

Keep in mind though, that “lower” growth in China can be six or seven percent. So by American standards it’s still high-growth. China is still trying to urbanize about 400 million people. So it needs its economy growing at a pretty fast clip just to absorb all that rural manpower coming into the cities.

What are the challenges China’s leadership sees amidst this change?

Well, reform started in 1977 and we’re now in 2014. During that period, the average Chinese person’s income and educational level has gone up enormously. Just higher education is ten times (in terms of student enrollment) what it was, even in 1990. That means that people’s expectations have gone up. That’s point one — the expectations revolution.

Point two, this process has led to the urbanization of about three to four million people already. So you started out with China being 80-plus percent peasant thirty years ago and now it’s less than 50 percent.

All this means you have this big, growing urban middle class. And once people have security, they tend to want more self-actualization, more being-all-you-can-be, living up to your potential, artistic expression, and political expression. So the very success of China urbanizing and getting people out of the rural areas where they had low productivity, poor health and education standards all tend to increase resource, financial, and career demands.

In short, the last three-plus decades of successes in economic and social development lead to demands for political participation, although one has to admit that, thus far, China’s middle class has seemed less demanding than many in the West had expected. But will political institutions – meaning the Chinese Communist Party – develop more meaningful avenues for self expression, more accountable and transparent systems? And how patient will the Chinese people be?

Another question is: What kind of political change might occur? It could be relatively peaceful, like Taiwan in the 1970s to 1990s. Starting from martial law, Taiwan gradually started holding local elections, then moved elections up to limited presidential elections, and eventually full presidential and legislative elections. On the other hand, leaders in Hong Kong and Singapore have found ways of being responsive without being fully democratic. The Chinese themselves use alternative methods, such as public and intra-party opinion polls to get a feel for public demands and meet them before they get out of control.

So, is China going to have that kind of gradual process, where it can move into a more representative, if not democratic configuration? Or is it going to try to resist that? There are many possible ways the future can unfold, but one way or another, economic reform has created a new society and a new political circumstance to which today’s leaders as well as future leaders must respond.

If you look at the news this week or in the last few months, it seems that Beijing is using the old playbook. One has to wonder how successful that can be when you’ve got a new team on the field.

What do you think the implications are for the rest of the world?

All I would say is, look at Afghanistan. That’s a country of about 30 million people. Iran has close to 80 million, Iraq 30 million. You look at Cambodia when it came apart and it only had a few million people. And even with these relatively small populations, look at the misery their various types of “failure” have inflicted on their own populations, neighbors, and the world beyond.

China is 20 percent of the world’s population. If you look at the problems that the world community has had dealing with those countries mentioned above, imagine what it would be like to deal with even remotely similar problems in a country of 1.3 billion people. So, I would say that the world has absolutely no interest in China coming apart. China itself, and the world beyond, have an interest in gradual evolution.

Previous post On the Frontline of Cross-strait Relations
Next post China’s Economic Slowdown; There is no Need to Worry
The SAIS Observer Staff