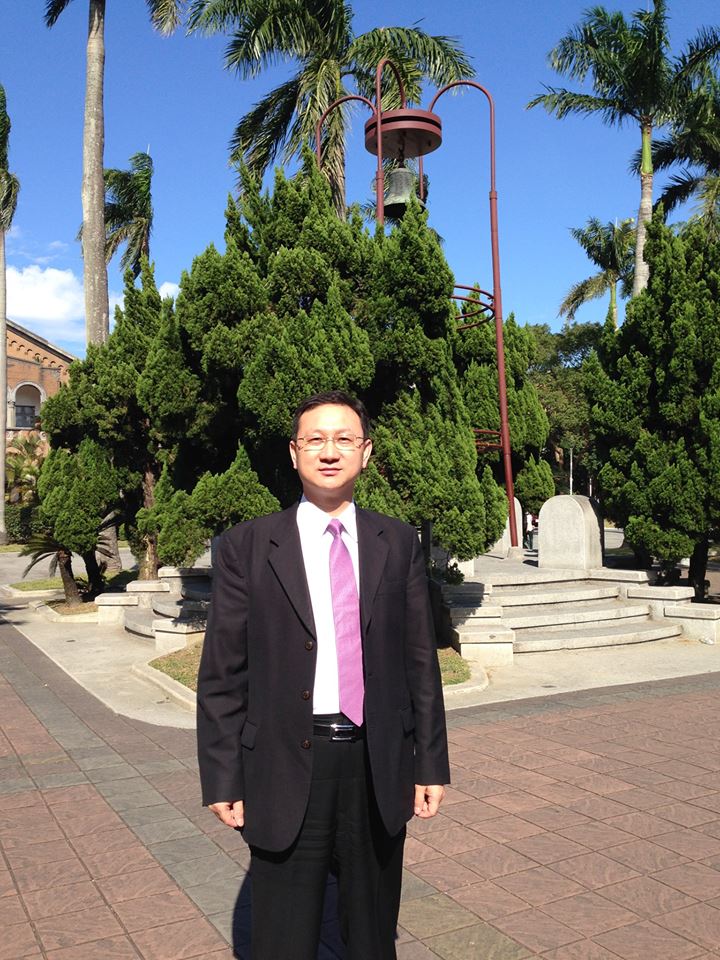 Dr. Chen-yuan Tung, SAIS DC 98’ and Ph.D. 02’, is a distinguished professor at the National Chengchi University in Taiwan and used to be the Vice Chairman of Mainland Affairs Council (MAC). Recently he discussed his career as a scholar and a politician with The Observer as well as his perspective on Cross-strait Relations in light of the first official talks since 1949 between the People’s Republic of China and Republic of China (Taiwan) in early February.

Taiwan might not be a very common destination amongst SAIS graduates, but Dr. Chen-yuan Tung decided to come back to his home country after completing his M.A. in SAIS’s China Studies program and then obtaining a Ph.D. under Prof. David M. Lampton.

At that time, Tung might not have expected that at the age of 37, he would stand on the frontline of cross-strait relations.

Tung first worked as a research fellow and later an assistant professor at the National Chengchi University, one of the most prominent universities in Taiwan. In 2006, he made his transition from scholar to politician; he served as the Vice Chairman of MAC, the administrative agency speicializing in planning and implementing Taiwan’s policies toward China. He was directly involved with policymaking and negotiating with China.

Tung bore in mind the difference between being a scholar and a policy maker.

“Scholars look at issues retrospectively, while policy makers have to look forward and plan the future,” he said.

Also, Tung emphasized policymaking can be more complicated as it involves a lot of coordination among political parties, governmental departments and civil society.

His SAIS education has benefited him in both his positions. Tung credited SAIS’ interdisciplinary education, especially economic training, and said that one must understand the economic dynamics in order to understand the essence of cross-strait relations.

“For example, on the subject of Economic Cooperation Framework Agreement, if you only look from the political perspective but neglect its economic effect on Taiwan, it may be misleading,” Tung said.

Tung’s most memorable experience in those two years on the MAC was the negotiation with China about the Beijing Olympics torch relay in Taiwan. The negotiation took two months and at the end, Taiwan rejected the torch relay plan.

Both Beijing and Taipei originally agreed to adopt the “Overseas Route” which meant the torch relay would enter Taiwan from a third country such as Japan. However, Beijing retracted this later.

Tung recalled that on August 31, 2007, both sides agreed to sign an accord on September 7, but a day before that, Beijing said they wanted to add a new sentence into the agreement.

Tung disclosed that the Chinese requested people around the Olympics torch not to present national flags or sing national anthems other than flags or songs of the International Olympic Committee, which meant the Taiwanese national flags and anthems would be forbidden around the relay. Tung and his colleagues rejected this proposal.

Regarding the current cross-strait relations, Tung commented it is “stable but not sustainable.” It is stable because in the last five years, 19 bilateral agreements have been signed, and officials from both sides have met on a regular basis. Especially, the official meeting between Wang Yu-chi, head of Taiwan’s MAC, and Zhang Zhijun, head of China’s Taiwan Affairs Office, was a milestone for cross-strait relations.

However, Tung stated the relations would not be sustainable without any political discussion and a peace agreement. He said Beijing’s soft approach to Taiwan has been perceived as hostility in the island.

“[Some see Beijing] as a man smiling at you while hiding a knife,” Tung said.

Taiwanese people remain dubious about Beijing’s intentions as China has not renounced the use of force on Taiwan and has not given Taiwan sufficient space in the international arena. At the same time, Taiwan’s national identity continues to prevail, and no political consensus toward China has been met within the island.

President Ma’s approval rating has plunged to 9.2%, giving the main opposition party, Democratic Progressive Party (DPP), a high possibility to win the next presidential election in 2016.

Tung saw no momentum for the pro-independence DPP to adjust its policy toward China anytime soon for two reasons. First, Ma’s low support leads to DPP’s lack of motivation to implement policy changes. Second, the DPP will hold its chairmanship election soon, and the candidates are seeking support from the party members, a large majority of whom are more pro-independent.

“DPP may change its policies toward China by 2016, but not now,” Tung said.

Having come back to Taiwan after SAIS, Tung intended to apply his education towards the benefit of his home country. To see his role in the future peace negotiation between China and Taiwan, he wishes to continue to advise both the DPP and the Chinese for a better future of cross-strait relations.

“I hope the Chinese will listen to me,” Tung said.

Thank you to Dr. Chen-yuan Tung and all alumni for their time in connecting with The SAIS Observer and for sharing their experiences. If you are a SAIS alumnus who would like to share your experiences after SAIS and offer any advice to current SAISers, write in to sais.observer@gmail.com.

Next post ‘Leaders Must Respond to New Society’
sgrosve2