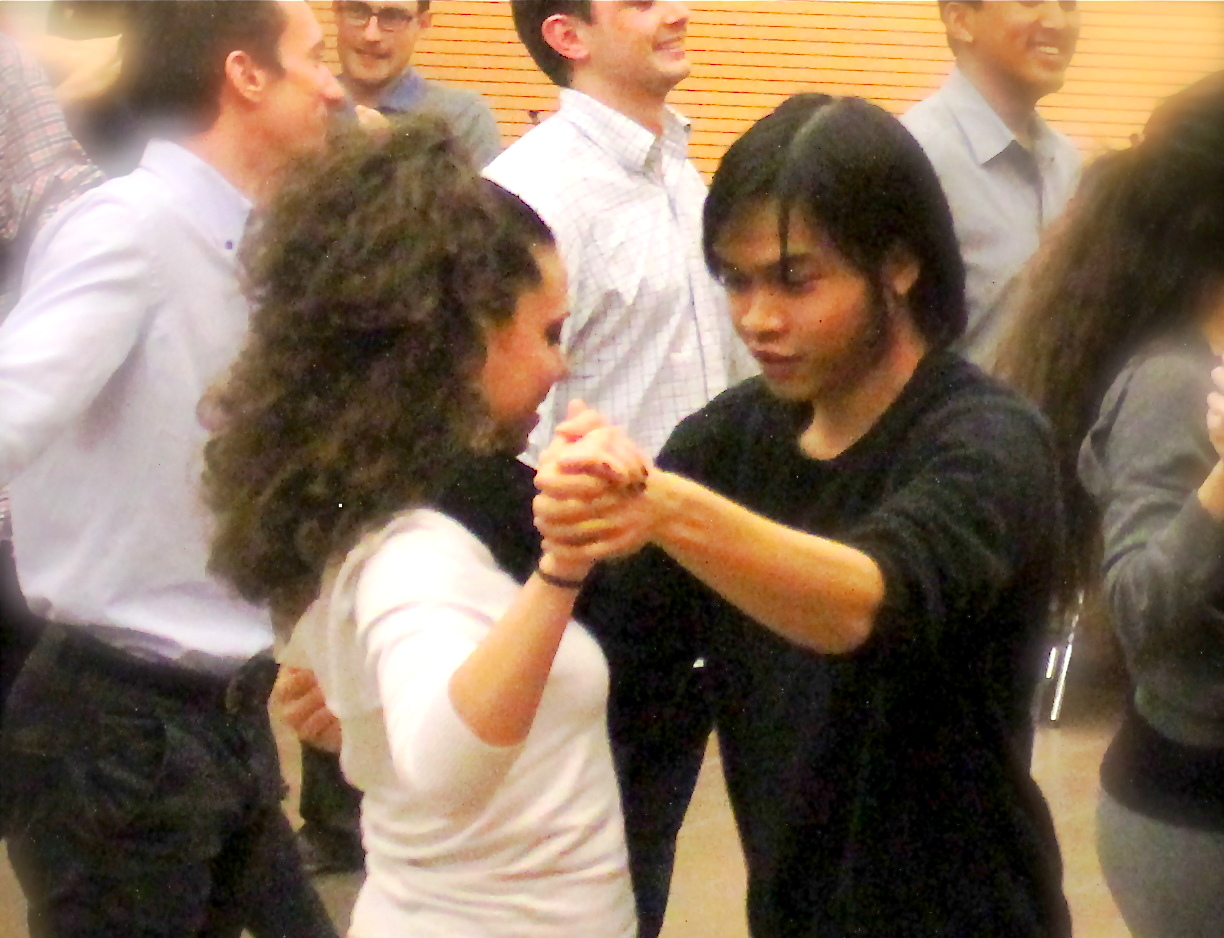 On February 21, SAIS Europe students packed into a bus for an overnight journey to the 57th annual International Atomic Energy Association (IAEA) Ball in Vienna. This has been a tradition, in one form or another, since the SAIS Bologna campus’ inception.

It all began with the very first class in Bologna in 1955. Austrian students that year celebrated the independence of their country by inviting peers to an elaborate dinner, which is a tradition that carried on for several years. After a long hiatus, Austrian students revived the tradition in 1984 by organizing an Austrian ball in Bologna. They went as far as to fly in a full orchestra from Vienna.

For 20 years, students enjoyed an annual Austrian ball to mark their year in Bologna. Then, after another brief lull, the tradition re-emerged in its present form; a trip to Vienna during ball season. As is the case every year, the trip is planned in its entirety by the Austrian students at SAIS Europe.

The ball organizing committee is made of the Austrian students at SAIS Europe — Anna-Maria Achammer, Johannes Lukas Gartner, Lisa Schwarz, Philipp Hlatky and Philip Schnattinger, along with Victoria Perez de Agreda Murray, an honorary Austrian who lived in Vienna for several years. It was certainly a surprise for these students to find themselves responsible for this daunting undertaking upon arrival in Bologna, but they rose to the challenge to overcome the many hurdles they were to face.

Immediately upon taking on this responsibility, they had to face the possibility the tradition could be discontinued based on concerns about missed classes and altered schedules in previous years.

Margel Highet, Director of Student Affairs at SAIS Europe, described the difficult position of the committee.

“The administration was never opposed to the students making this trip. However, there were concerns about the disruption to the academic schedule that could result from it,” she said.

According to the committee, a great deal of effort was put into exploring the possibility of attending another ball taking place in Vienna this semester, especially one during the semester break. When all other options proved to be unfeasible, they returned to the original date and resolved to arrive at a solution that enabled the students’ attendance without causing academics to suffer.

According to Highet and the students on the committee, the administration and the committee made arrangments for the students to get to Vienna without missing classes or inconveniencing professors, especially those who travel to Bologna to teach their classes. Students headed out on an overnight bus on Friday before the ball and returned to campus on an overnight bus Sunday, arriving early Monday in time for 8 am classes.

The IAEA said that it was certainly glad to host the students of SAIS Europe, as they have for the last ten years. The organization had set aside 200 discounted tickets and a whole room at the Hofburg Palace.

“It was a little bizarre that an event that is being used as a marketing tool for SAIS Europe ended up needing to be fought for. Yet in the end nobody wanted to deprive the students of the chance to make a fool of themselves on the dance floor,” said Gartner.

With the date secured, logistical details posed the next biggest challenge.

“It’s amazing how many little details you need to work out when organizing such an event for 200 people,” said Schwarz. “And being international students, everyone prefers to pay in cash so we ended up with this huge pile of money that we didn’t know what to do with!”

But the committee overcame these hurdles and even published a detailed Vienna Ball handbook that lists everything from hairdressers in Vienna to restaurants to details on public transport.

“It’s amazing how our Austrian students have risen to the challenge and navigated a difficult logistical situation by working together with the SGA and the administration to find the best solution. They have arranged it so that the students’ only worry is learning how to waltz,” said SGA member David Collins.

“I am increasingly impressed each year by the organizing expertise of the Austrians. We are all amazed by how they have pulled together all the necessary details in Bologna and Vienna,” said Highet.

Students spent the last few weeks preparing for the weekend with organized Viennese waltz lessons and expeditions to find the perfect outfit.

“It’s very fulfilling to see everyone so excited to go to the ball, especially after the long planning process. It’s starting to feel like the highlight of the semester, like it should be,” said Achammer.

So if you were fortunate enough to be a part of this great event, seek out one of your Austrian peers and buy them a drink (or three) in appreciation of their efforts on everyone’s behalf.

Previous post China’s Economic Slowdown; It is Difficult to Manage