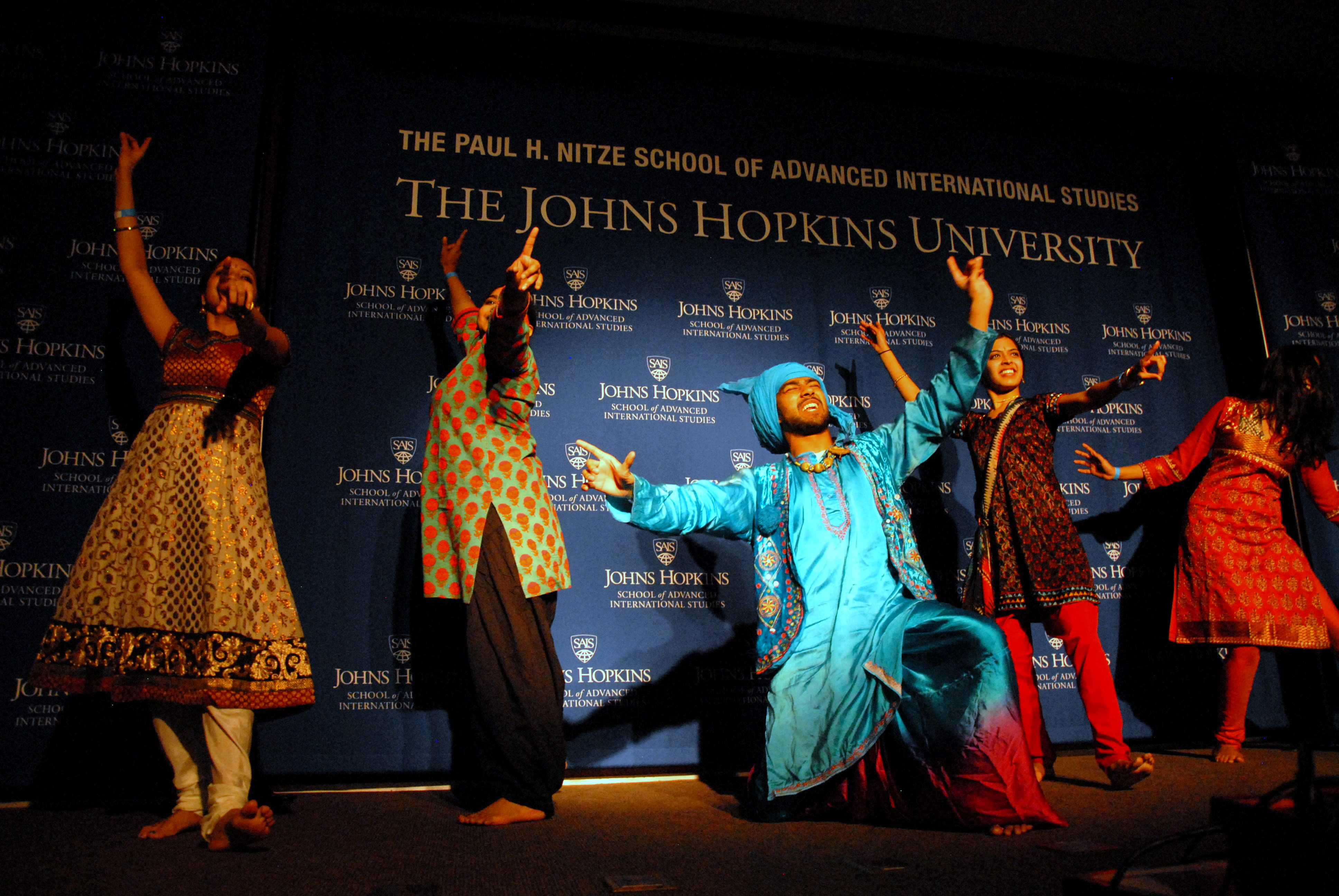 On March 1st, SAISapalooza, SAIS’ official talent show for student performers, took place in Kenney Auditorium. A series of music, poetry and dance acts brought the SAIS community together in a celebration of creativity. With Ellen Wong and Stan Seiden as joint emcees, the event provided a special opportunity for students to engage in and discuss artistic expression and more cultural matters than is the norm at SAIS.

Over a dozen performers used the event to showcase their talents. Jeremy Peters gave a dramatic reading of Suzanne Somers’ poems. Constance Wilhelm, accompanied on the guitar by Samuel Rizzo, performed a series of French and American classics, and Madeleine Schnur-Kahn serenaded SAIS’ Social Chair, Mark Radin, with a romantic interpretation of Robin Thicke’s “Blurred Lines.” Joseph Geni, a second-year student and professional DJ, blended vocals and song with the help of some volunteers from the audience. Antonio Skarica and Miriam D’Onofrio covered Jessie J’s “Nobody’s Perfect,” and Ahmet Cinar performed songs from around the world, including the Russian classic “Dark Eyes” (“Очи чёрные”) and the Turkish pop song “Kiss Kiss” (“Şımarık”).

Several performances still managed to bring international affairs into the fray, such as Stan Seiden and Gareth Collins’ original song “Didn’t Cause No Genocide.” The event also opened with a call-out to the situation in Ukraine. First-year student Sean Griffin, a former Peace Corps volunteer in Ukraine, opened the event with a rendition of the Ukrainian national anthem. Considering that SAISapalooza began during the start of the Russian intervention in Crimea, the song choice provided a moment of reflection.

“I am mainly a choral singer, so the only solo I have sung in the past has been the national anthem. The US national anthem would have been easy, but I also thought it would be a little boring. So early in the week I decided to do the Ukrainian anthem instead,” said Griffin. “This was after the attacks on Maiden protesters, but before Russia sent troops to Crimea. It turned out to be more topical than I had intended.”

For many performers, Saisapalooza is a unique opportunity to show SAIS a new side of themselves. “I have been singing for my whole life, but honestly, my time at SAIS has been the longest I have gone without any formal singing activity,” said D’Onofrio.

Discussion with students during and after the event has been largely positive. Rachel Bishop said, “I appreciated the fact that we are more than just [international relations] nerds.” Second-year student Jacob Cohn drew some comparisons to last year. “I feel like the event showcased people’s talents this year, [but] last year had a broader range of performances,” Cohn said. “And each performer had a shorter time on stage, which I think contributed to increased variety and humor.”

The event came to a close with a poetic reading and rap from Oleg Shakirov. A strategic studies concentrator from Russia, he recited a poem about SAIS’ Tuesday cookie hour and performed an original song, “Oleg’s Ego” (“Эго Олега”). The song is on his new album, “The Duck’s Fish” (“Рыба утки”), a crowdfunded album he has worked on over the last year, which is now available on iTunes and SoundCloud.

“I was humbled by the variety of talents of my fellow students,” said Shakirov. “But I got a lot of good feedback after my performance, so I am happy that I closed it on a high note. Also it was probably the first time I read my poem written in English in public. The poem is stapled in the Nitze basement, by the way. Read it, and don’t miss cookie hour.”