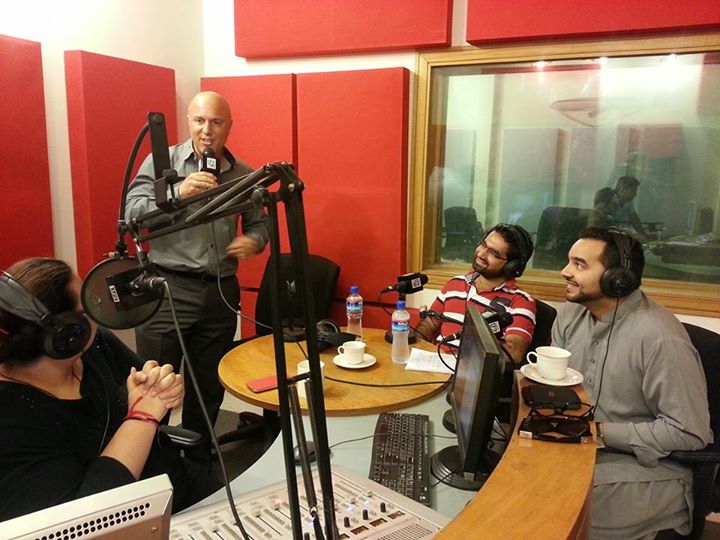 Even though he has graduated from SAIS, one of the top policy and economics programs in the world, Phillip Assis is just as passionate about music.

“I have very little interest in politics,” said Assis, “but music and cultural connections are my passion.”

He is trained in piano, sax, flute, and vocals, sung at Capitol Hill jazz clubs for years, and released his first album, “Since I Fell for You” on iTunes in 2006 (The album is under the name Phillip Nelson).

“Throughout my international career, I didn’t want to ignore my music side,” said Assis. “I always come back to it.”

But while “music is great,” said Assis, “it is really hard to make a living at. It seemed more practical to go down the international relations path, which I was also excited about.”

Assis graduated from SAIS Europe in 1995 and then SAIS DC in 1996 (in the same class as SAIS Europe’s director of career services, Meera Shankar) and eventually found his way to his current position in the Bureau of Educational and Cultural Affairs as a Foreign Service Officer in Karachi, Pakistan for the US State Department.

“I get to hang out with local musicians and sports stars,” said Assis as he defined his job where he interacts with local artists to promote education, music, dance and film.

“I use my music to combine diplomacy and my passions,” he said.

“I’ve always wanted to be a pop star,” Assis said. “I never imagined it would happen in Pakistan while promoting intercultural understanding.”

Assis’ first tour in the Foreign Service was in Guyana, where he met his husband. From there, he was moved to Vatican City and now Karachi, Pakistan. His next tour will be back in Washington, DC.

One of Assis’ favorite experiences from his time in Vatican City was spending two hours in the Vatican museums and then 30 minutes in the Sistine Chapel – by himself.

“It is not as sacred with all those guards there,” Assis said of the Sistine Chapel, “but when you are there by yourself, it is fantastic.”

Assis’ path, however, has not been a straight line, nor has it been without challenges.

Even though he had been interested in the Foreign Service since his time as a Peace Corps volunteer in Benin, it was not until nearly a decade after graduation from SAIS that he passed the exam and entered into service.

First among the challenges he faced was the Foreign Service officer’s exam itself, which Assis took four times before passing.

“Don’t be cocky and think you will pass the Foreign Service exam because of a great SAIS degree,” he said. “[But] take the test early and often. Just keep trying, because with each attempt, you will be closer to passing.”

Assis was able to pass the written portion of the exam on all but one occasion, but the orals posed the biggest hurdle, which he only overcame on his fourth and final attempt.

In the meantime, Assis pursued alternative career paths. With a background from SAIS similar to today’s ERE curriculum, Assis worked on creating energy partnerships between Americans and entities in emerging markets.

“Oregonians and Zambians had the same issues about keeping the lights on,” he said as an example.

But eventually, Assis felt less passionate about his work, mostly because the technical aspects of electricity were not as interesting to him as making the “person-to-person contacts,” which is what he does now in the Public Diplomacy cone of the Foreign Service.

“I am not an engineer,” he said. “They were aid projects, but it was the international exchange aspect of the job that interested me the most.”

Perhaps, the most significant challenge, however, was his diagnosis with testicular cancer shortly after finishing at SAIS.

“I felt like my world came crashing down around me,” Assis said. “I was 33, and I had never thought about cancer before.”

The cancer had spread throughout his body, which caused Assis to head home to Oregon for “lots of chemo” and then another round after a recurrence. Fifteen years later and after the care of the same doctor who treated Lance Armstrong, Assis said the cancer is not a daily concern, but it is something he is “still cognizant of.”

“It made me realize that you can’t take anything for granted,” he said. “It makes me appreciate life more and not stress about things that are not life and death.”

Assis credited his experience with cancer for pushing him to record his first CD.

“I wouldn’t have done it had it not been for the cancer,” he said.

Assis had one main piece of career advice for SAIS students: Don’t be afraid to cold-call alumni.

“You don’t want to be pesky, but I love talking to SAIS students,” he said. “When I gave school tours at the Vatican, my most fulfilling ones were my own undergrad and then SAIS.”