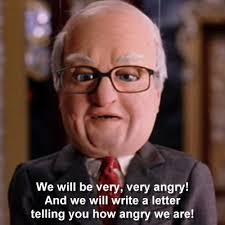 By all indications, in ten days popular referendum will likely approve Crimea’s decision to split from Ukraine and join Russia. Whether President Vladimir Putin attempts to take other eastern Ukrainian provinces, reducing the Ukrainian coastline by over 50%, remains to be seen. The question that Putin is probably asking himself is “why not?”

This crisis centers on several themes: the state of the US’ deterrence power, Russia’s expansionary ambitions, the fallacies of international liberalism and the permanence of nationalism as a global ordering factor. Yet the ineptitude of European foreign policy stands out.

Despite Europe invoking international norms and threatening to reject this June’s G8 meeting, Ukraine remains vulnerable to the Russian soldiers that have begun to invade the country. Germany’s Chancellor, Angela Merkel, has recognized that Putin is “living in a different world,” yet this sentiment has failed to warrant any military countermeasures, let alone reaction.

The decision of European leaders to delegate negotiating powers to Germany is particularly baffling. After the 2011 Fukushima nuclear disaster, Germany moved to close all of its nuclear power plants by 2020. This move left Germany fully reliant on Russian gas, a fact that undermines any leverage Germany pretends to exercise over Putin. European leaders are obviously aware of this. The fact that they appointed Merkel as the EU’s spokesperson underscores the importance they place on Ukraine’s fate.

The EU certainly has the means and should have an interest in concerning itself in regional and global matters. Yet the EU remains passive, a stance borne not of caution but rather arrogance.

The newborn Ukrainian government will have to decide whether to start a suicidal war alone against Russia to retake the Crimean peninsula or to accept this new status quo. In either case the EU, the world’s richest and ostensibly most advanced federation of states, will do nothing but impose sanctions, sanctions that mean little to Russia’s leaders. These sanctions may impose some costs on Russia over time, but time is a luxury Ukraine no longer enjoys.