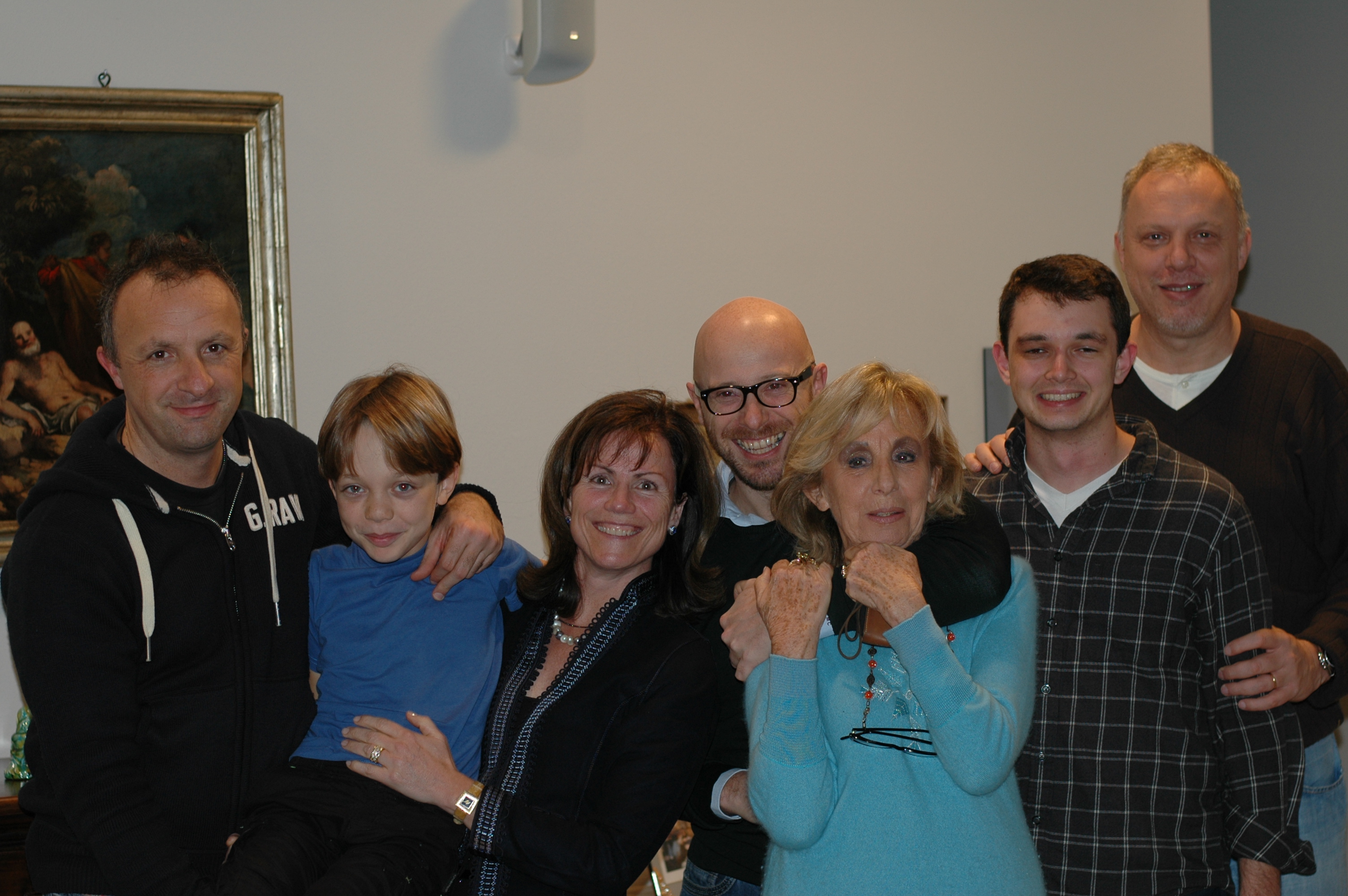 It was 1978 and Paolo and Gabriella Conti’s oldest son had just turned 13. Gabriella decided it was time her children have a language and cultural exchange. Where better to go than to SAIS?

“Johns Hopkins SAIS is the best foreign school in Bologna and its students are more serious and qualified,” she said. “It’s not some Eramus program.” Gabriella went in person to meet SAIS’ own Salvatore and asked him to spread the word that she would provide room and board for a SAIS student in exchange for tuitions for her three boys.

“I wanted my boys to go beyond what was possible in school. With a SAIS student they would really be able to learn how people speak English on a daily basis,” she said. Within a few days, she already had a student who spent the year with the Conti family. “It was great, but understandably she was homesick often,” Gabriella continued. “It’s not easy to live away from your family.” However, this student did not make as big of an impression to Gabriella as did the next student she hosted – Kathy Pike.

In August 1980, Kathy Pike (JHU, BC ’81), arrived at SAIS Europe as a young, dual degree Bachelors-Masters student. After talking with Salvatore about housing and hearing that Gabriella was looking to host a student in exchange for English lessons, Kathy jumped at the opportunity to live with the Conti family for the year. Kathy visited the Conti family’s house in Rastignano one afternoon and moved in the following day. It was not long before the Contis took Kathy in and made her feel like she was a member of the family, too. Kathy spent afternoons conversing in English with Andrea, her 15-year-old pupil, and his younger brothers, Carlo and Filippo. Kathy’s Italian and the boys’ English improved steadily, but the exchange was not limited to language. Kathy learned how to make Italian pasta and she shared with the Contis the feast of Thanksgiving with all the traditional fixings. Paolo and Gabriella finally had a “daughter” and Kathy had a new Italian family.

Fast forward 30 years to summer 2013. Kathy’s student, Andrea, is now a surgeon in his 40’s looking for a SAIS Europe student to teach English to his son, Paolo. Andrea heard from Kathy that her son, David, has a best friend who would be attending SAIS Europe in fall 2013. An email or two later, and I found myself in the extraordinary position of carrying on this tradition between SAIS and the Conti family. Details could be worked out later but my connection to Kathy meant the Contis had a room available for me. To be sure, I did not know a word of Italian, but Andrea’s English was great. Andrea and his wife, Concetta, did not just offer me room and board, but they also offered to lend me the use of an old Vespa to travel between via Belmeloro and Rastignano. Or at least so went the plan.

When I arrived in August, the Contis were still on vacation and the Vespa was not working so they allowed me to drive their Panda to the bus stop. Knowing nothing of Italian traffic laws I quickly racked up 500 Euros in fines for driving in bus lanes and restricted traffic areas. Thankfully – for me at least – the fines arrived a month later so I was able to employ my nascent Italian to explain the situation. This was the beginning of what was to be a challenging first three months.

When the Contis arrived home from summer vacation, my homestay began in earnest. We found a rhythm to living together that moved us from the roles of “guest” and “host” to family. I had to figure out how to make English studies fun and interesting for Paolo. I also had to figure out what to do when the windshield of the Vespa got stolen and when the tire went flat. These opportunities presented several opportunities for me to grow. For example, I quickly learned the Italian words for carburetor, tire and windshield!

Among the mistranslations, miscommunications and limited chaos there was something that started to happen as we came to understand each other and form strong relationships. By the time Christmas came around, we had been through the good, the bad, and the ugly together, so that by the time Kathy and her son, David, arrived in January, I felt like I was part of welcoming home another member of our Conti family.

I learned a lot by seeing Kathy and the Contis interact. It was good to hear I was not the only person with transportation problems – Andrea and Kathy used to push the jeep out of the driveway so that it could jump start on cold winter mornings. By spending time with Kathy and David and the Contis for me was to see 30-plus years of SAIS Europe’s connection with the community embodied in friendship that never ends. Kathy is part of the Conti family, as am I now. The Contis shaped Kathy’s year at SAIS Europe in ways that were profound and life-changing, so it is true for me. Kathy was in Bologna for one year more than thirty years ago, but she is still part of the Conti family and has a place she calls home at via Lelli. I anticipate the same will be true for me. Timeless, profound, life-changing connections – this is what SAIS Europe is all about.

Previous post A Conversation with Zi Zhongyun
Next post Letter to the Editors: Caps and Gowns Cost
sgrosve2