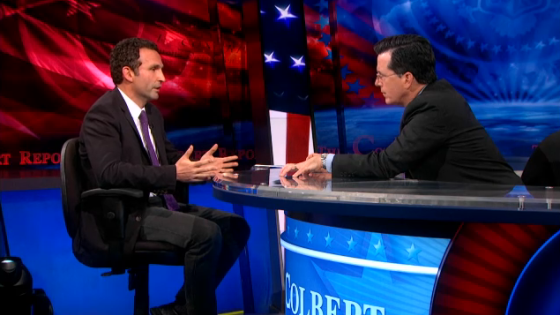 SAIS Europe has been buzzing about Turkey. Much of it is centered around the class titled “Major Powers in the Middle East: Turkey and its Strategic Environment,” a class taught by SAIS alum, Dr. Omer Taspinar, and former director of the Brookings Institution’s Turkey Program. The SAIS Observer got a chance to sit with the professor to discuss his class, Bologna, and of course, talk Turkey.

At this time, why is it important to discuss Turkey, and what makes an entire class on this country necessary?

I think the class offers a case study for international relations students interested in identity problems. Turkey is a fascinating identity puzzle between east and west. There are debates concerning Islam and secularism, Kurdish nationalism versus Turkish nationalism, the country’s position on Syria, Iraq and Iran. Turkey also offers 400 years of history with the Middle East, the Balkans, Russia and Europe. It is a fascinating case for geo-strategically, with huge potential with emerging markets, energy, natural gas and oil.

What perspective is the class taught from?

There is no particular outlook. The class covers themes such as evolving politics, history, contemporary challenges, Islam and state secularism. Turkey is a country coming to terms with historical background with Ottoman Empire. Its center of gravity has shifted from central Asia to the Middle East. Issues of nationalism, of Kurds and others, reach into Iraq, Iran, and present a fascinating case study for students of international relations as a whole.

Why did you decide to teach at SAIS Europe?

I wrote my PhD dissertation on Turkey’s identity problem at SAIS twenty years ago. After earning my PhD, I maintained a connection with SAIS and the head of my program offered me a one-year teaching job in 2002. I taught international political economy and Islam in Europe as an adjunct. As I am a product of SAIS Bologna, I absolutely love the place. It truly always feels like coming home every time I am here.”

You were recently on the Colbert Report to discuss Turkey. How did that go?

It was a wonderful experience. It’s my favorite show, together with John Stewart’s Daily Show, so when I was approached by the Colbert report, I felt really lucky to get the exposure. Many American students, after all, get their news from shows like that, so I got the chance to reach some people that I might otherwise never have reached. Colbert’s approach was full of humor but also with insight – he was very interested in Turkey. The dialogue gave me five minutes of fame in a way that I wouldn’t particularly get from the typical news shows.

I’m really glad that happened and would be happy to do it again. However, it came with at a cost; as I was critical of Turkey’s leadership on the show, and I consequently lost opportunities as a TV analyst and newspaper columnist in Turkish media, but it was a small price to pay compared to what I gained out of it.”

How likely is it that Turkey will join the European Union?
Turkey is likely to become a liberal democracy, but not very likely to join the EU within the next five years. Within In this time, the EU also will change. It is very organic. It is not static. If the UK decides to leave and become a partner, and if some countries decide to push out of the Union or opt out of the EU constitution, this might provide a model for ‘privileged partnership’ for Turkey in the next 5-10 years. I hope that EU membership can offer a situation that will not be imposed on Turkey, but something the country can opt out of, modeling its membership out of the UK-EU partnership.”

So if we could take a look into Turkey’s future, what do you think we would see five years from now?

We used to joke in Turkey that it is the country of the future and that it will always remain that way. Tayyip Erdogan’s Justice and Development Party achieved a lot in the last ten years, but the leadership is now showing signs of complacency, corruption, and authoritarianism. What is interesting about this is that Turkey has all the trappings of a democratic country but lacks the substance of one: there are free elections, but freedom of speech is still on shaky grounds. Constitutional liberties exist, but the rule of law and separation of powers are ill defined. Political scientists call such democracies “illiberal.” In illiberal democracies, elections matter and define who comes into power, but elected leaders are not subject to checks and balances and can turn the country into an electoral populist democracy where minority rights and freedoms are not under protected.

In five years, I hope Turkey can develop toward a more liberal direction where the rule of law, constitutional freedoms and separation of powers are better established. Right now there are signs of the country becoming more authoritarian under the leadership of a politician who is very popular. I also hope that Turkey can revive its hopes of joining the EU, as an EU trajectory for Turkey is the best way for the country to adopt a more liberal, democratic outlook.