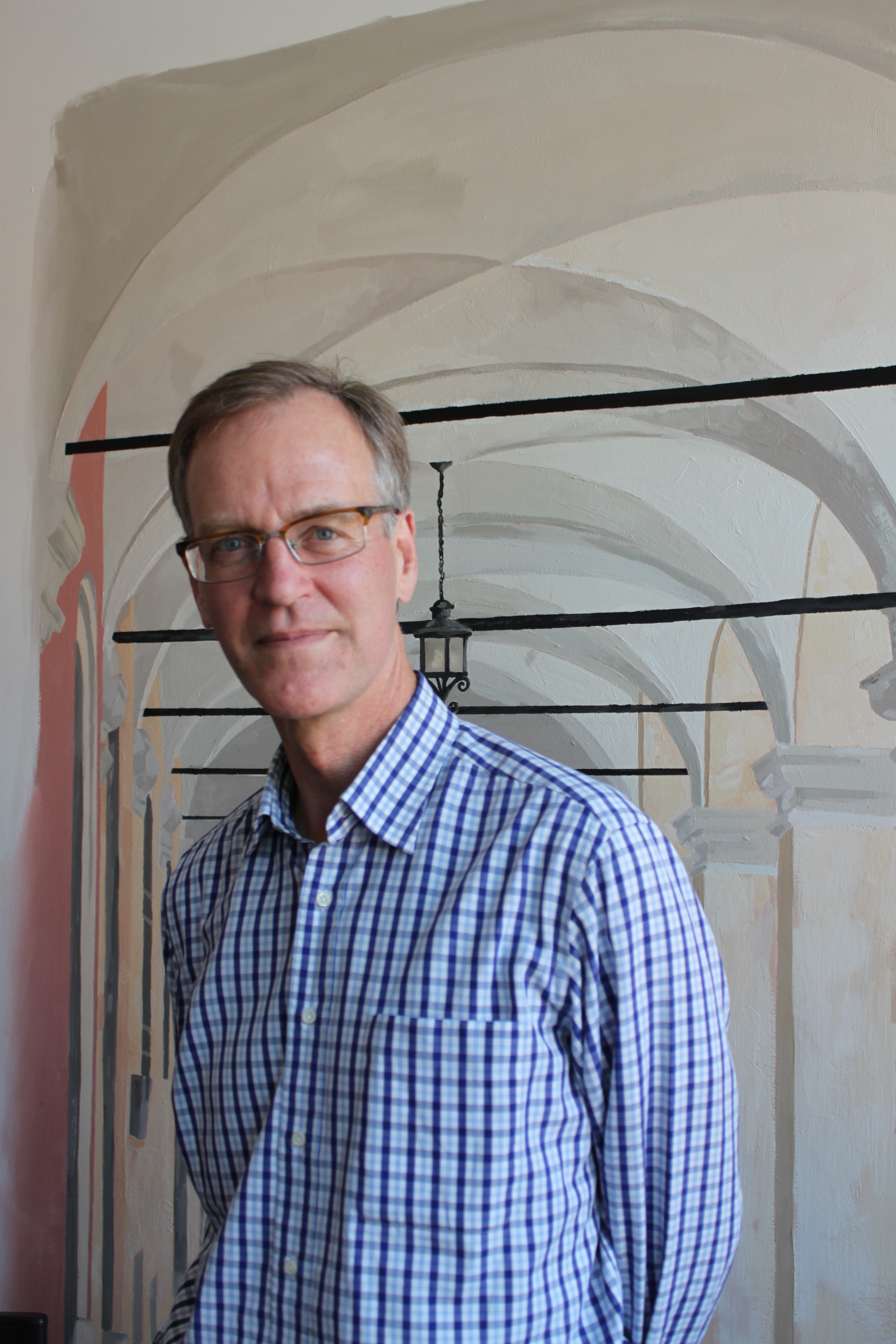 A young Nelson Graves entered the SAIS Europe lobby in 1981 as a student. Little did he know that 27 years later, in 2010, he would reenter that very same lobby as an administrator.

“I learned of the opening and decided to throw in my hat. SAIS took a big risk hiring someone with no substantive experience in admissions,” Graves continued with a smile. “The SAIS administration is best placed to say whether the risk was well taken.”

When asked what three metrics best define his time at SAIS Europe, Graves cites the famed admissions blog which boasts 560 posts as well as more than half a million page views. The blog has kept interested students, current students and alumni apprised of the happenings at SAIS Europe since December 2010 when it was launched on a whim.

“We’ve never missed a publication date,” said Graves, who publishes a post about 3 times per week. Combined with other outreach efforts, the blog led to a 25 percent increase in applications from non-US students to SAIS Europe as well as the 15 percent increase in nationalities represented in each admitted class since Graves’s arrival.

Citing these modest successes and the continued strength of the admissions program, Graves decided it was time to turn the page on the SAIS chapter of his life. In search of a new challenge, Graves wants to combine his experiences as a journalist and his time at SAIS. He says SAIS largely taught him to be a journalist because SAIS teaches its students to look at issues from a variety of perspectives. His time at SAIS, as well as his time as a journalist and admissions officer, taught him to be interested in people. He hopes to combine these skills into a new startup that provides a news service aimed at young people, 18 to 30 years of age, who want to learn more about the world.

Graves described his idea. “The service would provide tightly-written articles offering background on breaking news, the kind of background that is often missing in early reports. I have lined up a network of very experienced correspondents who can write quickly and authoritatively on just about any subject. So if something happens in, say, Ukraine, we have someone who knows the region, the politics, the history, the culture, and who can very quickly explain what is happening, why and what might happen next.”

Graves recognizes the challenges ahead. “I know nothing about starting a business. Some 90% of startups fail. The news industry is going through hard times. So I’m absolutely crazy to do this. But if not now, I will never do it. Win or lose, I’ll learn something along the way.”

He added, “My wife and I will be moving to Paris, where we have an apartment. I’d love to see SAIS students and graduates there, and who knows, if the startup takes off, I might be looking for some eager talent to hire. One never knows.”

Previous post Food 101: What Labels Tell Us and Why it Matters
Next post Leakers and Leaks: Not Perfect People
The SAIS Observer Staff