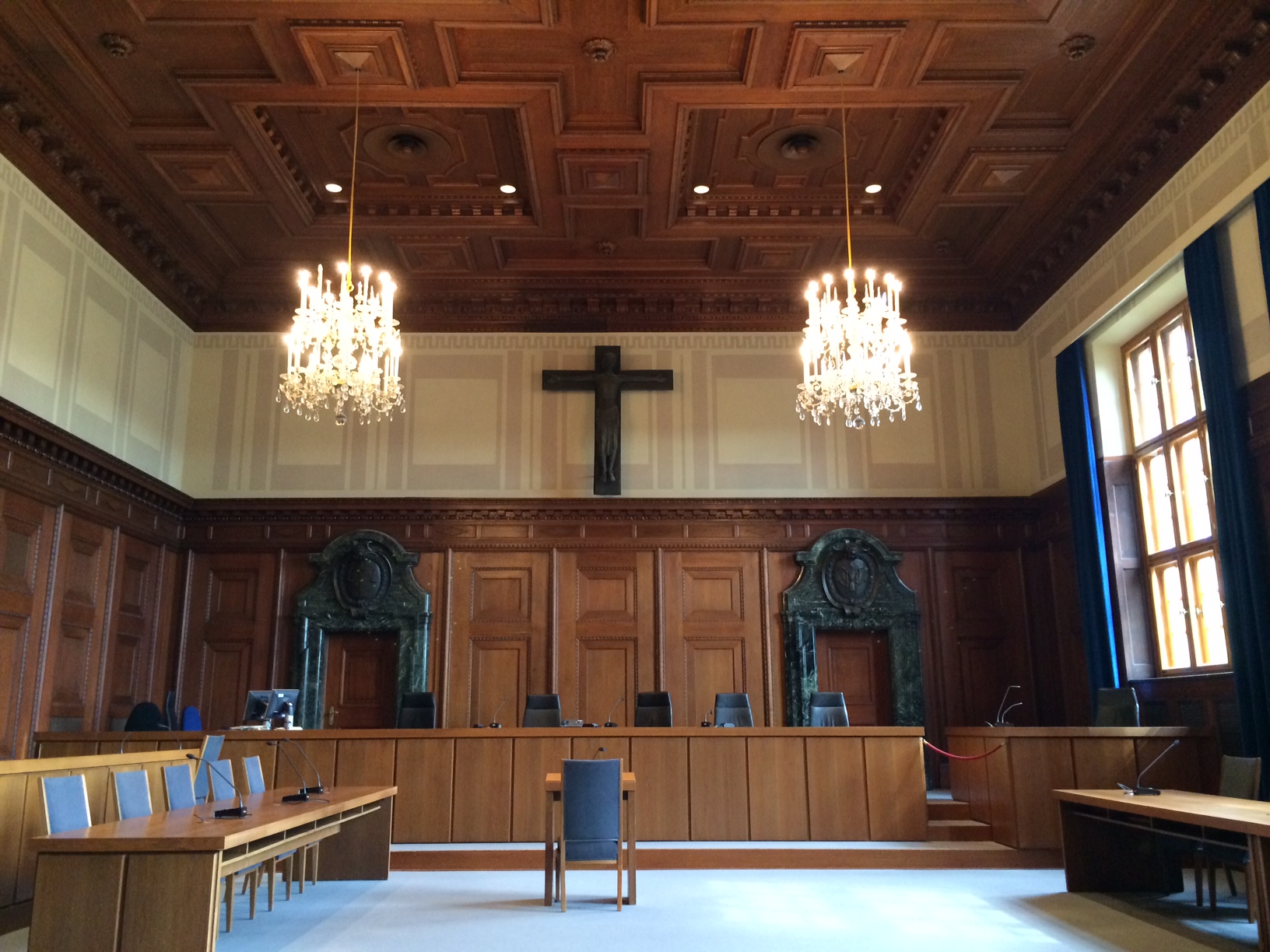 This weekend 21 students from SAIS Europe’s World War Two History Club, led by John Dellinger, traveled to Munich to learn about the rise of National Socialism. We boarded the train in the early morning on Saturday, switched in Verona, and then sped north through the Dolomites. Near Innsbruck the train emerged from a long tunnel onto a forested world freshly powdered in snow.
Our program in Munich began right away. By 4 p.m., we were underway with our first presentations outside the historic city gate when John gave a brief overview of Munich’s central importance for the Nazis and Bryn Cain West explained the significance of the Nuremberg Laws. We then began a four-hour tour of important sites, including Hitler’s actual office in which the Munich Accords were signed in September 1938; the memorial to the synagogue destroyed during Kristallnacht in November of that same year; the university where students of the subversive White Rose group distributed clandestine publications denouncing the regime; and Englischer Garten, where Meaghan Doherty impersonated Ernst Röhm before his execution in the 1934 Night of the Long Knives purge. The tour ended at the Odeonsplatz, where the Nazis annually memorialized their comrades killed in the Bier Hall Putsch events of November 1923, and just behind it, Shirkers Alley, where those not wishing to raise the Nazi salute could circumvent the square. We enjoyed a late dinner in the famous Hofbräuhaus accompanied by Bavarian oompah music and old men in lederhosen performing traditional routines with their whips.

Sunday was many things. It was Easter. It was the 125th anniversary of Hitler’s birth. And it was the 69th anniversary of the liberation of Nuremberg. It was to Nuremberg we went. The bus took us for two hours through the flowering countryside, and we arrived at an isolated spot in the woods next to a Nazi water tower. This was built to service the mass Party rallies held in the 1920s and 1930s. Kyle Cooke impersonated one of the young men who had helped build the tower and adjacent facilities; his character expressed pride to be a part of something so much bigger than himself. We boarded the bus again and disembarked to begin a long walking tour of the massive fields and concrete stadiums constructed by the Nazis to host the rallies. Leah Ewald—voted overwhelmingly at trip’s end to have given the most memorable presentation—delivered a moving first-person account of a teenage girl in the Hitler Youth. We looked out over the ruinous Zeppelin Field from the same platform Hitler had used to address the crowds. After another long walk, we arrived at the museum featuring the remains of the giant Nazi Congress Hall. After a lunch of schnitzel and bratwurst, we visited the courtroom where the Nuremberg Trials were conducted. Urvashi Bundel, Benan Berhan, Kathleen McGlynn, and Anthea Blaikie explained their history and significance. We enjoyed a short jaunt through the old town of Nuremberg before boarding the bus and returning to Munich.

On Monday morning we experienced a three-hour tour of Dachau, the first Nazi concentration camp. Opened in 1933, just months after Hitler’s accession to power, the camp became not only the hub in the whole network of camps created by the Nazis, but it also became the enduring symbol of all the inhuman horrors perpetrated by the regime. We were led by an experienced, knowledgeable and sensitive guide. He took us through the main gate—under the infamous greeting “Arbeit Macht Frei,” (literally “Work Makes Free”)—to the main square; into the music hall, often used as a place of torture; through the barracks and the prison; down the long colonnade of trees, and finally, to the crematorium and religious memorials at camp’s end. With striking irony, the sun shone gloriously over the gardens abutting the gas chambers. Birds were singing everywhere. Our guide told us one of the difficult things about his work is the great challenge of helping people to really confront the past and remember it, despite their youthful apathy or obligatory attendance.

After the trip, we came back “home” to Bologna after a nice two-hour layover in Verona. We all learned a great deal on our trip both from the things we saw and experienced, and from each other. Every person in the group prepared and delivered a presentation. Some gave more than one. We are grateful to John Dellinger for his work in organizing and leading the group throughout, and to Philipp Hlatky, Jackie Chase, Kyle Cooke, and Kristen Andree for their assistance in putting the whole thing together. We are grateful to the SAIS Strategic Studies Department and to all the other small contributions and fundraising efforts which helped to finance our trip. We are grateful, most of all, that National Socialism did not win. May it never rise again.