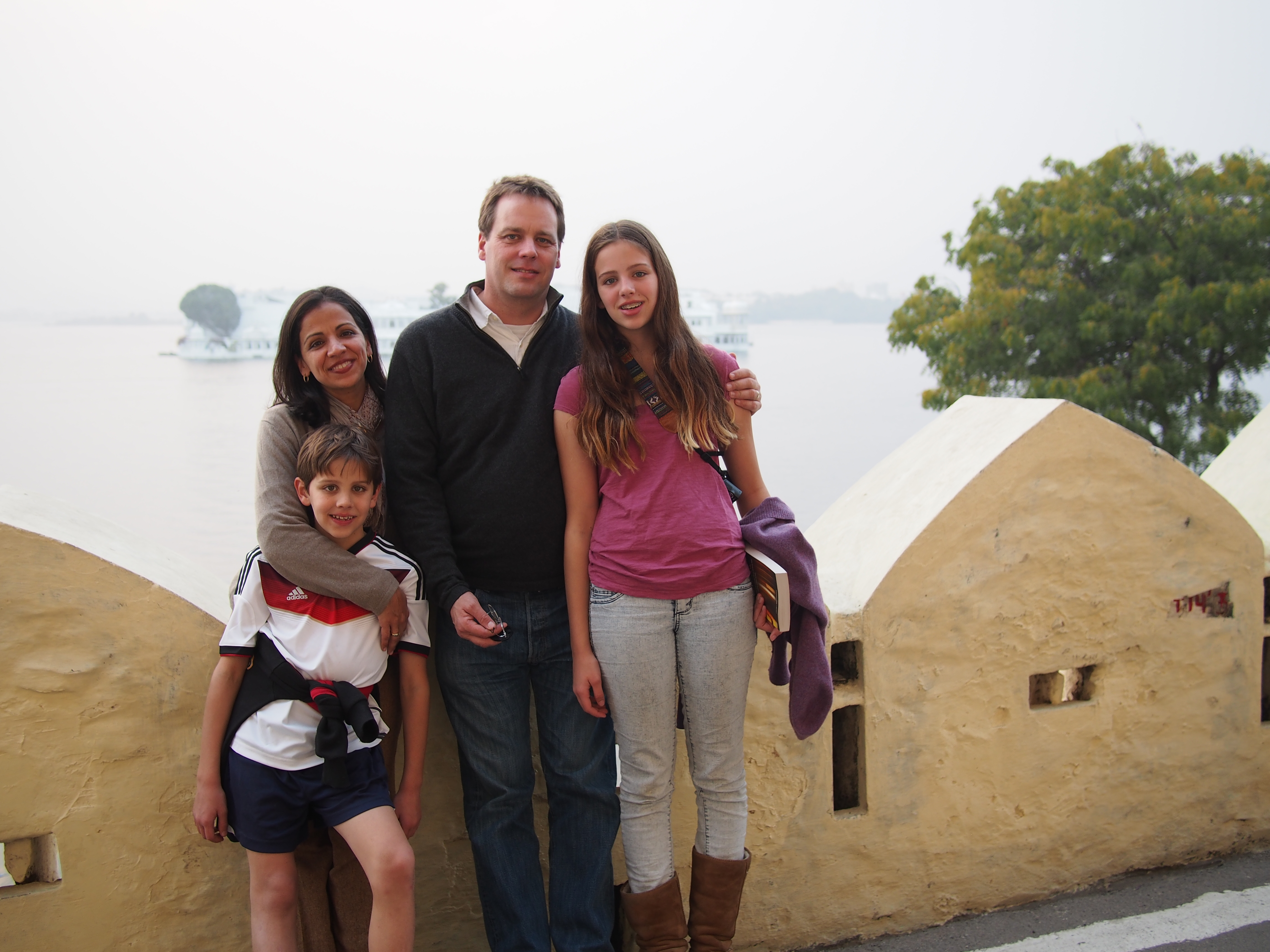 Rani Mullen, SAIS Washington ’93, is a professor of South Asian politics at the College of William & Mary in Williamsburg, Virginia. She has served as a  Senior Fulbright fellow at Jamia Millia Islamia in India, where she taught courses on state-building in Afghanistan.  She recently returned from four years in New Delhi, where she was a Visiting Senior Fellow at the Center for Policy Research.

For Rani Mullen, neither her academic nor her career path has proven predictable.

After completing her undergraduate studies at the University of New Hampshire in 1989, Mullen found herself working for a German parliamentarian.

“I applied for an internship in the German Parliament and I got it. That was the summer of ’89, before anyone was interested in Germany,” said Mullen.“The fall of the Berlin Wall, the end of the Cold War… It was a fascinating time in German politics and a great privilege to be right there when history was being made,” Mullen said.

At SAIS, Mullen strayed from her European focus to write a term paper on privatization in India, which inspired her to apply for the USAID intern/consultant position in India that she eventually got.

“It kind of all fell into place,” Mullen said.

Having returned to her early interest in development, Mullen joined the World Bank in 1994 where she analyzed poverty and gender issues, occasionally traveling to India.

Eventually, she left the World Bank to pursue a PhD. In the fall of ’97, Mullen was admitted to the PhD program at Princeton University’s Woodrow Wilson School. She focused her PhD research on Panchayats, or Indian village councils, returning to India for her field work.

In addition to the research component of the PhD, the program required that Mullen teach at least one course at Princeton.

“I taught a course on American politics, just to fulfill that requirement and get it out of the way. But I found that I really enjoyed teaching!” Mullen said.

Inspired by her positive teaching experience, Mullen applied to teaching positions and was offered her current position at the College of William and Mary before she had completed her PhD dissertation.  There, she tries to impart lessons from her field experiences to her students.

“Things are changing so rapidly [in India], it’s so dynamic. If you are here and reading the newspapers on a daily basis, talking to politicians and just ordinary people you have a much better understanding of the complex regional politics,” said Mullen.

While bilateral and multilateral agencies monitor grants going into India, little attention is given to the grants and credits India is giving out. This is where Mullen’s work lies. She has spearheaded the development of the first real database on grants and credits from India.

“Indian aid has been increasing, though they don’t call it aid, they call it ‘development cooperation.’ This last fiscal year, over $1.3 billion was given by India, comparable to Austrian aid, and it continues to increase,” Mullen said.

“Afghanistan is repeatedly asking India for help, particularly in the security field,” she said. “India has been very cautious, I think largely because they are worried about how Pakistan would perceive it, they don’t want to rock the boat. They have mostly been focusing on things like financing Afghanistan’s Parliament, on medical services, food programs, and on engaging in the humanitarian field.”

At the same time, she adds, “It is only natural for India to hedge its bets with the looming withdrawal of international troops by the end of the year. Russia and India are now collaborating to revive a weapons maintenance factory outside of Kabul and to seek other ways of supplying arms to Afghan forces.”

With a newly elected government in India eager to bolster its standing as a regional and global power and a political situation in Afghanistan dangerously similar to that of the early 1990s, Mullen believes the U.S. should pay closer attention to this part of the world.

“The Modi government is keen to bolster its relations within the neighborhood and beyond,” she said, “with foreign aid as a tool for buttressing these relations.”

Mullen largely credits her varied successes and opportunities to her SAIS education, and has encouraging words for today’s second year students:

“SAIS is one of the few graduate programs in the country where students develop policy-relevant, regional expertise. Don’t underestimate the value of deep regional knowledge,” Mullen said. “And don’t worry, it will all fall into place.”

Next post Prof. Phillips on Democracy in Hong Kong
The SAIS Observer Staff