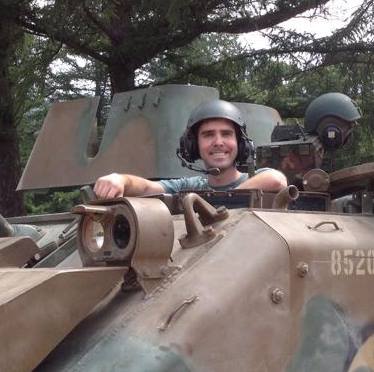 This summer, SAISers set up shop in nearly every corner of the globe. Read through a few of their experiences, organized by our three campuses in Bologna, Italy, Nanjing, China, and Washington, D.C.

Name: Wyn Bellhouse
Hometown: Alto, GA, USA
Location: Guayaquil, Ecuador
Degree Program: International Development
“I was working through the Peace Corps on grass-roots economic development initiatives with a non-profit organization dedicated to the eradication of child labor. I was working with some of the older kids in the program who had graduated and were now working in small business, microfinance and community banking.”

Name: Roku Fukui
Hometown: Singapore
Location: Toyosato, Japan
Degree Program: ERE
“I was ending my job where I was employed thru the board of education in Toyosato. I did administrative work as well as translating documents for the local municipality. The majority of my work was done in Japanese and I was able to work in Japanese public service.”

Name: Stephanie Billingham
Hometown: Victoria, BC, Canada
Location: Victoria, BC, Canada
Degree Program: Conflict Management
“I was a supervisor at Russell’s Books, but I was also an evaluation manager and facilitator for Restorative Justice Victoria. We were referred cases by the community, the crown and the police department. The staff would evaluate the cases to see if it was appropriate for restorative justice. We would interview the participants and prepare them for the conference.”

Name: Kristina Wienhoefer
Hometown: Wuppertal, Germany
Location: All over Germany (including Hamburg, Cologne and Frankfurt)
Degree Program: International Law
“I worked for different agencies who contracted for different companies at trade shows. I mostly demonstrated the product for visitors to the shows. I contracted with Samsung, Technogym and Carestream, among others. Part of my job was translating between German, English and Spanish.”

Name: Sean L.
Hometown: Santa Cruz, California
Location: Guangzhou, China
Degree Program: Graduate Certificate Student: Hopkins – Nanjing Center
“This summer I participated in the U.S. Department of State Critical Language Scholarship Program (CLS). During this time I studied intensive Mandarin in the south China city of Guangzhou at Sun – Yatsen University for 6 hours a day. In addition, I was assigned two formal presentations to be given to the Department with topics pertaining to the preferences of Chinese investors when conducting business abroad, as well as internet privacy rights within the People’s Republic.”

Name: Leowil V.
Hometown: Los Angeles, California
Location: Wonju, South Korea
Degree Program: MAIS – Hopkins Nanjing Center
“Over the course of the summer, before coming to SAIS I participated in the U.S. Department of State Critical Language Scholarship Program in Wonju, South Korea at Yonsei University. Here, I studied Korean for 6 hours a day, and gained a more in depth cultural awareness of Korea. While at CLP I was able to develop a plethora of both personal and professional contacts which will last me a lifetime.”

Name: Lincoln L.
Hometown: Washington D.C.
Location: Beijing, China
Degree Program: MAIS – Hopkins Nanjing Center
“For eight months prior to starting school, I worked for China Education International (CEI), an international student recruitment firm based in Beijing. At CEI I worked as a University Representative where I training recruitment agents on the policies, missions, and requirements of various United States colleges, as well as representing American Universities in the Beijing Office. In addition, I assisted in the design of CEI’s new Internet platform for student recruitment, and also worked part-time as a translator and editor.”

Name: Zhou Lijun
Hometown: Suzhou, China
Location: Shanghai, China
Degree Program: MA Program
“During the summer vocation I attended a two-week summer school in Shanghai, which was co-organized by Fudan University and Free University of Berlin. There were not only Chinese students but also students from Netherlands, Germany and Cambodia. During the lectures, presentations, and simulation games, I found that opinions held by students from different areas were of great difference due to their different cultural and educational backgrounds, though they all majored in international politics.”

“Participated in the research project ‘Effects of American financial crisis on import and export of Jiangsu province.” Write the bimonthly magazine “Modern Agriculture in China”, introduce the advanced technology in both home and abroad, record latest opinions of agricultural officials and experts. Assisted in several research projects of the agency, such as journalistic publicity and technological innovation. Engaged in the management, classification, integration and preservation of research documents.”

“I conducted primary and secondary research on various topics, such as the Chinese manufacturing market and private sector participation in APEC. Later, I compiled my findings into comprehensive white papers for our clients. In addition to my research work, as Solidiance is first and foremost a consulting firm, interning at there gave me valuable insight into how consulting works in China.”

Name: Gian Gozum
Hometown: Memphis, Tennessee
Location: Manila, Philippines
Degree Program: Master of Arts
“This summer, I had the wonderful opportunity to intern with the American Chamber of Commerce in Manila, Philippines. I worked with AmCham’s policy division, called The Arangkada Philippines Project, which is funded by USAID. I authored policy reports and recommendations for reforming the mining and agriculture industries of the Philippines, which were distributed to influential business leaders and legislators. While I benefited from my internship, I gained much more from reconnecting with my roots through family whom I had not seen in twenty years, exploring different parts of Manila, and traveling across the country. From the wonderful food and the hospitable people, to the archipelago’s beautiful mountains, rice terraces, and beaches – it certainly is more fun in the Philippines.”

Name: Will Edwards
Hometown: Charlotte, Vermont
Location: Seoul, South Korea // Korean National Defense University
Degree Program: Strategic Studies
“This summer I was a research assistant to Professor Han Yong Sup, an expert on the North Korean nuclear program and nuclear negotiations. I aided Professor Han in compiling western research on the nuclear program and creating a presentation on the history and future of the Six Party Talks to be presented at the Sixth Round of the Trilateral Security Dialogue held in Beijing. Outside of my internship, I pursued my favorite activities while living in Korea: hiking and finding new restaurants.”

Name: Christine Kng
Hometown: Singapore
Location: United States // Hiking in the Appalachian Mountains
Degree Program: Master of Arts
“This summer was a short summer because HNC ends its school year late and DC starts early, so I decided to section-hike the Appalachian Trail with a college friend. We took 6 weeks to hike 375 miles, which will seem impossibly long to some of you and impossibly slow to others… we started from the bottom of the Shenandoahs and hiked up to Connecticut. The trail passes through national parks (where there are many day-hikers and black bears), state parks (where there are fewer of both) as well as areas that are wilder, where we didn’t see a single person until we reached the shelters at night. All through the trip, we met wonderful people, both section-hikers like us and thruhikers on their way to Maine, who were absurdly willing to talk about the trail and about life in general to the two young girls on the trail alone… we met a guy who had worked on engineering the Challenger (his trail name was “Challenger”). We also met a person who’d been in charge of the Appalachian Trail Conservancy for 25 years, another who was the CFO of a small town in upstate NY, and also accountants, college students, rock musicians, chefs, and a girl who was applying to take part in the reality TV show “Naked and Afraid.” We sat at the original Washington monument and ate our trail mix. We stripped wild blackberry bushes (being from Singapore, I’d only ever read about picking wild blackberries in Enid Blyton books). We occasionally took showers. We hiked a twenty-mile day. All in all – life on the trail was fantastic, the community was incredible, and that was absolutely the best way I could have spent my short summer.”

Name: Sarah Lawson
Hometown: Washington, D.C.
Location: San Francisco, California
Degree Program: M.A. ERE, African Studies
“As an intern at SunEdison, a solar developer near San Francisco, I managed the transmission and interconnection planning process for six projects in southern California. As part of the Solar Development Program, the interns had the opportunity to hear presentations from the heads of every group, including project finance, advanced solutions, and government affairs, as well as to meet the CEO and make suggestions about what the company could do better. At the conclusion of my internship, I gave a presentation on off-grid solutions in Africa, which was then shared with the corporate social responsibility team at the company.”

Name: Takuya Matsuda
Hometown: Westfield, New Jersey (Japanese citizen)
Location: Iran
Degree Program: Master of Arts, Middle East & South Asia Studies
“This summer, I was in Iran for five weeks to study Farsi and do thesis research. The main take-away is the precious experience talking with countless number of locals on the streets of Iran. This not only helped me enhance my Farsi skills but also was a fascinating experience learning about public opinions on the streets of Tehran. Tehran was a huge megalopolis with  impressive urban infrastructure(all planned during the Shah’s reign),including the metro system, which was perhaps as good as in Japan. Iran is one of those countries I feel glad I saw with my own eyes.”

Name: Marina Tolchinsky
Hometown: Portland, Oregon
Location: Monrovia, Liberia
Degree Program: M.A. African Studies
“This summer I interned with the U.S. Embassy in Monrovia, Liberia. I worked in the Economic Affairs section for the first part of the summer, reporting on a variety of policy issues including oil and gas legislation, electricity sector reform, and extractive industries transparency. For the second half of the summer I worked in the Public Affairs Office, helping manage the Embassy’s outreach during the Ebola crisis. It was a busy summer, and a fascinating inside look into the world of U.S. foreign policy and emergency response abroad.”