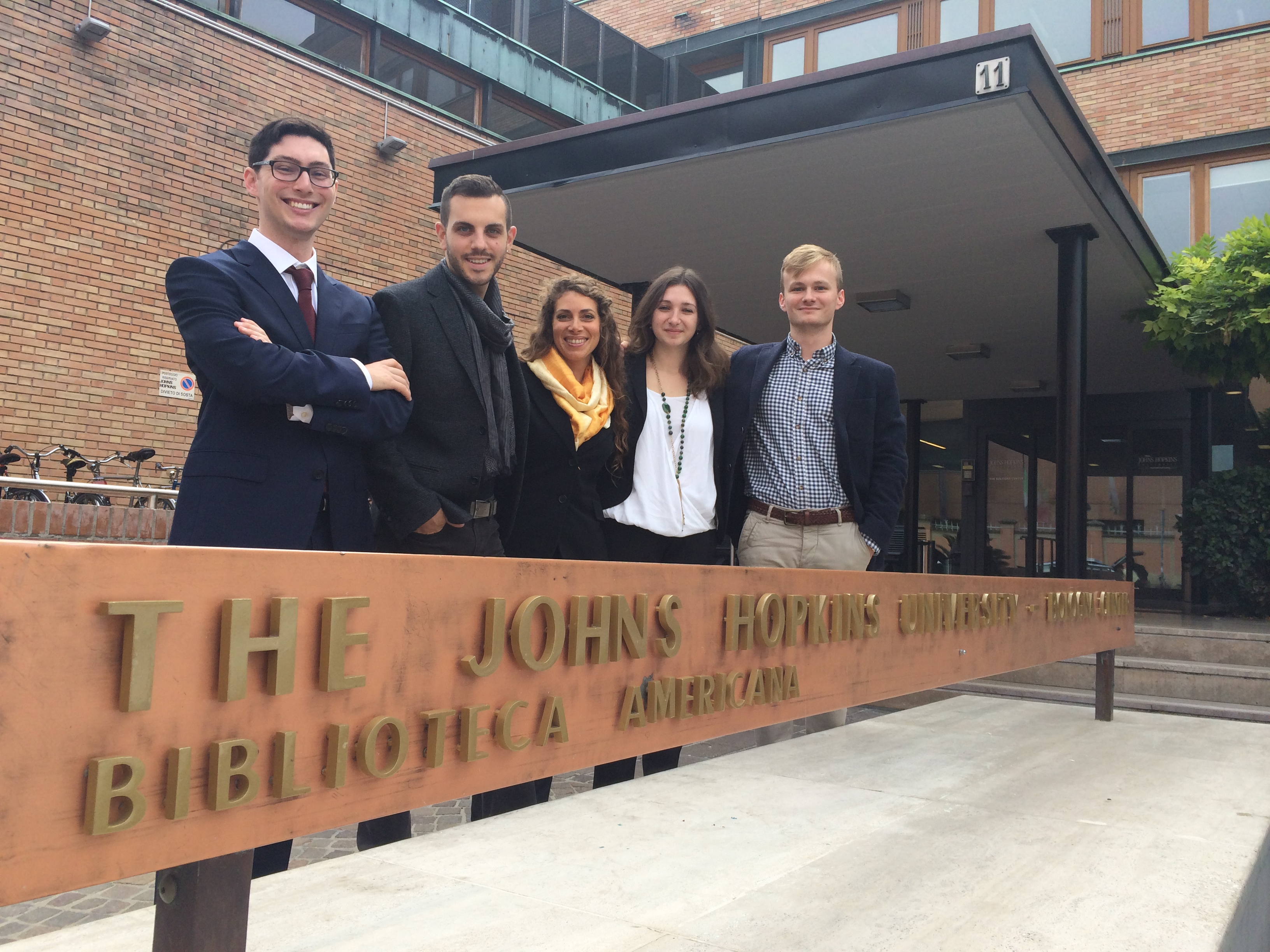 The group has only been together about a week and, as of press time, had only met once formally with Dean Vali Nasr when he was in Bologna last week. Even though they were still organizing themselves and settling into their new roles, all five were looking forward to working with each other and molding their ideas into a coherent plan.

“We need to find synergy in what ideas we’ve all brought to the table,” Brooks said.

Until fairly late in the week prior to elections, only four students had declared they were running for the five positions, leading the Director of Student Affairs, Dr. Jennifer Varney, to extend the deadline by one day in an effort to recruit more candidates. By the time the candidates gave their speeches on Monday, eight students were on the ballot.

Caruso said he thought some of the initial hesitancy was due to the fact that students were still settling into a brand new environment. “I think part of the hesitancy you saw with the student government elections is a result of the class trying to get up to speed on this campus,” Caruso said. “It takes some time for everyone to get settled and evaluate the landscape and figure out where they want to plug in and what they want to contribute. In the end, I think we saw the interest play out. It just takes some time for everyone to orient and mobilize.”

Allamani was one of the late entries. She said she had not considered running until receiving Dr. Varney’s email about extending the deadline. “I thought it’s good to put myself out there, whether you get something or not,” she said. “I went in with the idea that it’s just good to present myself and that no matter the result I would still be involved somehow, through a committee or something.”

One of the issues that several of the SGA members listed as being high on their priority list for the year was better integration with the Washington campus and the greater Bologna community as a whole.

“There has been a lot of talk about creating deeper connections with D.C. on the student level,” Brooks said. “I’m not necessarily as interested in (administrative links) as I am with clubs that we will establish here and the clubs in D.C. as well as thinking about different modes of direct interaction and preluding our own integration into D.C. when we get there.”

“Those are great ideas, because it showcases the will SAIS students have in the sense that we’re not just existing here, we’re part of a community,” Allamani said.

The first issues dealt with, according to Beck, will be more tangible. “The first things we need to deal with in the next week or so are going to be very concrete, especially the club fair,” Beck said. “We need to figure out how the committees are going to be set up and find new members for those committees from the student body, so the whole process isn’t over yet. We’re going to need the students to be involved.”

As the lone Italian in the group, Forzoni feels a special responsibility to help SAIS Europe students connect with her home country.

“One of my main goals would be to give this international community a sense of this country,” she said. “Living in Italy, you have the unique chance of having full immersion in the country and in the history. It will be an added value to have lived here for one year.”

The SGA came away from its initial meeting with Dean Nasr very satisfied with their ability to work with the administration.

“We were able to have a very intense, productive conversation about things we feel are special and worth celebrating about SAIS Europe,” Caruso said. “It was a really helpful conversation and great to do right at the beginning of our time as an SGA team to really get on the table the key issues, to be sure that they’re aware and we’re aware of what they are and to start to have an open conversation about how do we work together to address those things.”

Previous post The U.S. Should Not Work With Iran
Next post Korean Reunification: Imperative of Our Time
The SAIS Observer Staff