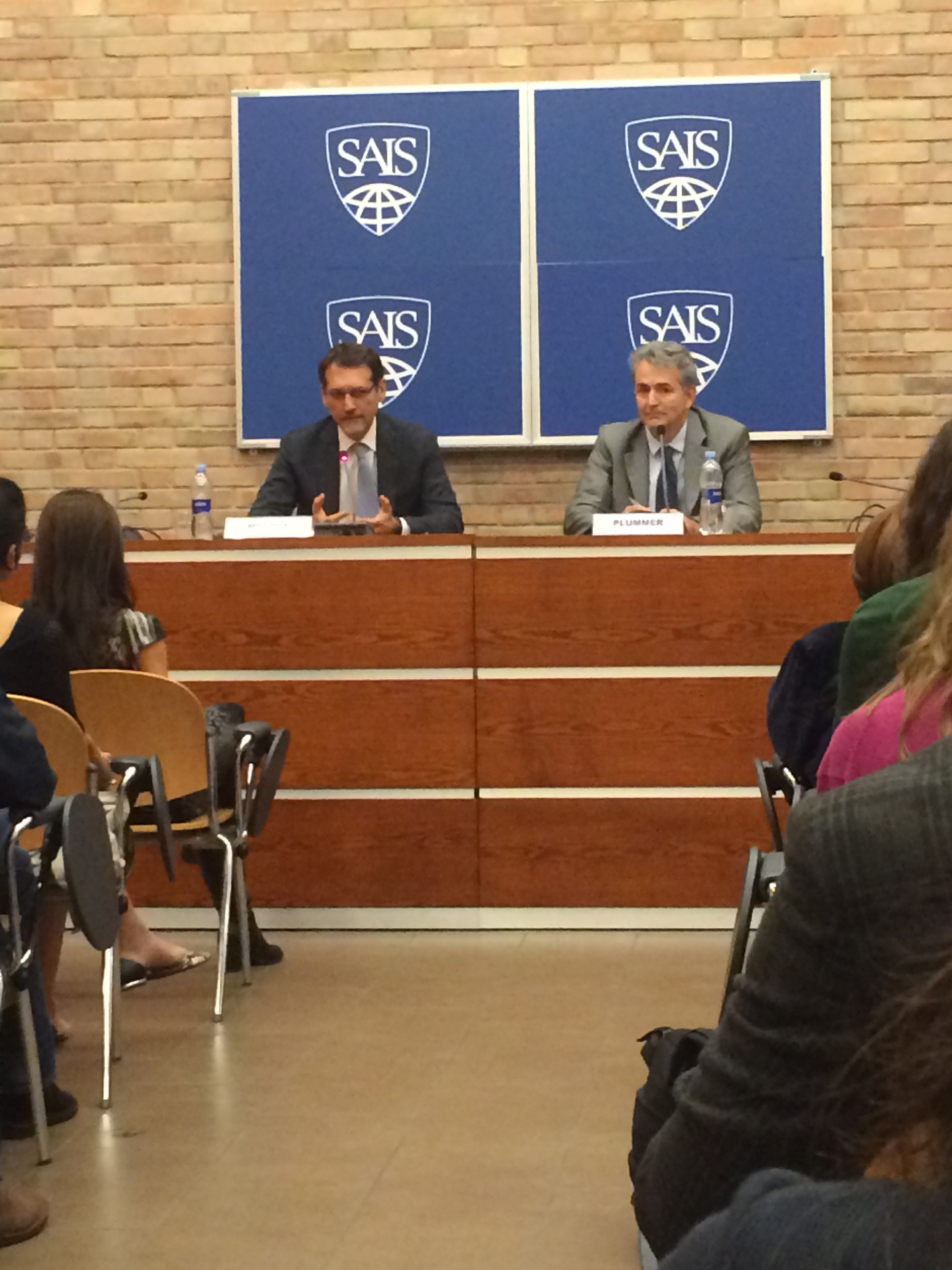 BOLOGNA — Taking part in a long-standing tradition at the Bologna Center and as part of the yearlong celebration of its 60th anniversary this year, Mayor Virginio Merola of the city of Bologna addressed this year’s class on Wednesday to welcome them to the city. He also fielded questions the students had about Bologna. As his remarks were done in Italian, simultaneous translation was provided for all students.

In his presentation, Merola explained the tradition of mayors of Bologna greeting the incoming class at SAIS Europe. He emphasized the special relationship between the city and the students who call it home during their time studying at SAIS Europe or the University of Bologna. Merola himself was born in southern Italy, where he eventually studied philosophy at the University of Bologna. After a long career in the Italian civil service, he was elected mayor of Bologna in 2011. The majority of his talk focused on the rich cultural heritage of the city, including its historical and contemporary art, music, and theater.

Describing his plans for the city’s future, Merola said he hopes to build up the transit network in the city as well as to other nearby areas in a process of regional integration. With modern rail and air lines connecting Bologna to the rest of Italy and the world, it has become easier for people to travel to the city for its various trade fairs, cultural events, and natural beauty.

In the question and answer session following Merola’s presentation, students posed questions to the mayor on issues such as building employment opportunities for the youth as well as the city’s policies on traffic, sanitation, and the availability of green spaces for the public to enjoy. Following the presentation, a cocktail reception was hosted for all attendees to continue some of the discussions started within.