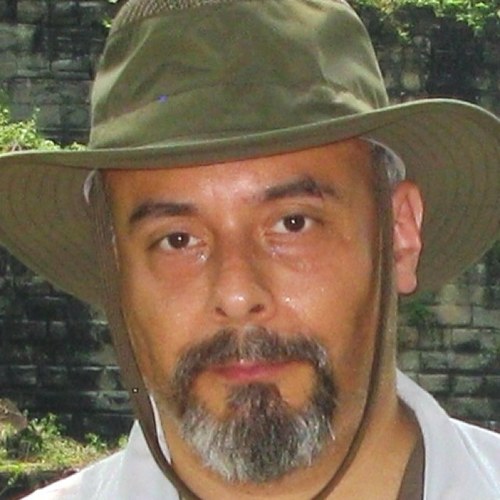 On Wednesday, Oct. 15th, dozens of SAIS students came to hear HNC alumnus Anthony Kuhn give an afternoon talk on his experiences as a reporter for NPR. Reporting for a radio broadcaster is much more challenging than reporting for regular television news. Whereas the latter requires only that one point and shoot with a camera, the former has to rely entirely on sound to help the audience visualise the story. Each slide in the self-described music-fanatic’s presentation was accompanied by a sound clip from his travels, not always necessarily musical, ranging from a performance in Shaanxi of what he described as the “heavy metal of Chinese music” to recordings of past interviews, including one by a former Red Guard leader – the son of General Chen Yi – admitting to his role in organising “struggle sessions” during the Cultural Revolution.

Kuhn, who looks nothing like his clean shaven photo on the NPR website, had his interest in East Asia, and China in particular, sparked by his first trip to China in 1982. Having worked for five years as a social worker in Manhattan’s Lower East Side, he picked up enough Cantonese to understand what was said to him, and ultimately decided he would “rather do the big Chinatown.” He also concluded that “I was more likely to catch a bullet in New York City [than in China]”. Although he initially majored in French Literature, his focus on China was well and truly cemented by the time of his stint at the HNC in 1992. Since then, he has reported on stories from nearly every country in Southeast Asia – except for Fiji and East Timor – in addition to brief stints reporting from Europe and the Middle East. He spent five years living in, and reporting from, the hutongs of Beijing – which features a babel of clashing sounds – and later opened NPR’s first bureau in Jakarta, Indonesia.

He has covered a truly diverse set of stories ranging from the persecution of the Rohingya and the election of Joko Widodo as President of Indonesia, to the ongoing protests in Hong Kong – including both the anti-Beijing and pro-Beijing sides of the dispute – and the trial of former leaders of the Khmer Rouge, recording the translators as they described “a system of brutality that defies belief to the present day.” Given his fascination with traditional Chinese culture, many of his stories are not overtly political. One of the most interesting recordings he played was a scene from a traditional Chinese detective story. Kuhn has collected sound clips everywhere he has gone. He describes them as the “sonic calling cards” of the locals, some of which were included in his presentation.

Switching effortlessly between Mandarin and English, Kuhn related how hard it was not to get drawn into some of the stories on which he reported. One story he reported on was the appropriation of land in Shan State, Myanmar, on the border with China’s Yunnan province. A Chinese company was in the process of building a pipeline to transport oil from the Bay of Bengal to refineries in Yunnan province, cutting straight through the land of a village of ethnic Shan. The villagers discovered after the fact that the Chinese company building the pipeline had given the compensation owed to them to the Burmese Army, who was then meant to distribute it to the villagers; the Shan villagers had not received a penny. Kuhn later met with an advisor to President Thein Sein and, though he knew that as a journalist, he was only meant to report dispassionately on what he saw and heard, decided to advocate on behalf the villagers. The presidential advisor promised to look into the issue of compensation, though, as of now, there has been no reply.

Although the official Q&A lasted just under half an hour, Kuhn was happy to keep answering questions for those students who did not have to rush off to class afterwards, and for the handful of us lucky enough to have dinner with him. He continued to talk about his rich experiences. In sum, everyone present for the talk enjoyed it immensely, and he had plenty of experience and insights to impart.