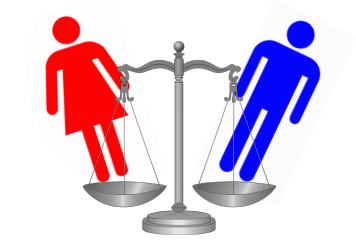 NANJING — Student body rosters were distributed to incoming students during the Hopkins-Nanjing Center’s orientation. Tara Mullin, a certificate student, began counting faces, “one, two, three, four…” The voice of master’s student Jiwei Sun chimed in, “sixteen, seventeen, eighteen, nineteen …” These were the sounds of a realization: There is a gender imbalance on campus. Although the HNC’s total student body has a near-equal ratio of male to female students, female Chinese and male international students comprise an overwhelming majority.

According to Katie Brooks, HNC assistant director and admissions officer working in the Hopkins-Nanjing Center Washington support office, students are accepted based on a comprehensive evaluation. “We look at each application as a whole, weighing factors such as Chinese proficiency scores, essays, letters of recommendation, previous academic records, international experience, work experience, and GRE scores.”

Given the fact that most study abroad programs in China have no outstanding gender imbalances, how can we make sense of the HNC’s low enrollment of female international students? First off, in China, international relations is considered a “soft” academic concentration, more often pursued by women. However, even though Chinese people traditionally believe females are better fit to handle interpersonal and intercultural relations, men typically dominate Chinese politics. Ironically, most of the leaders of the Chinese Communist Party are men with educational backgrounds rooted primarily in the sciences. Contrary to universities in China, international relations departments at American universities are heavily male-dominated. While the number of American women studying political science and economics has slowly risen over the years, the lopsided ratio of male to female students in these subjects remains roughly 2:1

It is also possible that “yellow fever,” the sexualization of Asians, could entice relatively more American males to plant their roots in Asia. Chase Stewart, a first-year MAIS student and long-term resident of Nanjing, believes that the hetero-normative dating scene in China does not cater to international females. “Because of the domestic demands placed on women in Chinese culture, international females don’t typically want to marry Chinese men. Therefore, straight international men have a selection of both Chinese and international straight women.” As a consequence, international females may generally prefer to study and work in countries where they have more options and advantages in terms of dating. It is a self-perpetuating cycle as there often aren’t enough international females to form a cohesive support network, so many who move to China ultimately leave with no plans to return.

Conversely, Chinese females are the largest demographic at the HNC. Dr. Roda Mushkat, HNC professor of international law, believes this is due to the fact that “Chinese females tend to academically outperform males by a considerable margin. They may be more likely to be admitted into the HNC, particularly the MAIS program.” Furthermore, Dr. Paul Armstrong-Taylor, HNC professor of international economics, explains that “many of the Chinese students at the center majored in English as undergraduates, and English departments in China tend to have more female students.” Finally, according to HNC academic coordinator Angela Chang, “the HNC might be considered a ‘safer’ option by Chinese parents, who are, perhaps, more reluctant to have their daughters leave the country for further study if an excellent and cheaper option is available closer to home.”

The lack of Chinese male and international female students affects the daily lives of many HNC students. For instance, an integral part of the HNC’s unique social and academic environment is the pairing up of international and Chinese students to be roommates. Cross-cultural housing assignments are used to foster ongoing language exchanges outside of class. Dr. Cornelius Kubler, entering his first year as American Co-Director of the HNC, says one of his disappointments coming into the job has been learning that, because of the present gender imbalance, “it’s impossible to assign every male international student who would like a Chinese roommate a Chinese roommate; and it’s impossible to assign every female Chinese student who would like an international roommate an international roommate.”

Leyton Nelson, a five-semester student in the Certificate Program, turned down offers of admission at both the Harvard Kennedy School and the Tufts Fletcher School in order to matriculate at the HNC because he wanted a chance to regularly interact with Chinese classmates in Mandarin. He originally assumed his roommate would be Chinese, yet, he explains, “When I got to the Center and found out my roommate was American, I felt disappointed because I knew I wouldn’t have as many opportunities to practice speaking Chinese.”

Unfortunately, 100% of the female international students interviewed for this article did not want their thoughts about the HNC’s gender imbalance to be published. Their remarks were mostly about the intimidation they feel when speaking up in class. HNC classes with a large majority of male international students often foster a culture of competition. Certificate student Weston Anderson says that, as a male, he is “occasionally aggravated and intimidated by the domineering and authoritative attitude of the male international students” in his classes. Having an overwhelming majority of any demographic reinforces particular social norms, which might alienate comparative minorities. From competitive classroom environments to the impossible task of equally distributing cross-cultural roommate assignments, the gender imbalance matters, and it has a real impact on the hearts and minds of HNC students. The SAIS community must continue a dialogue in order to understand and resolve this imbalance.

One thought on “Addressing the Imbalance”