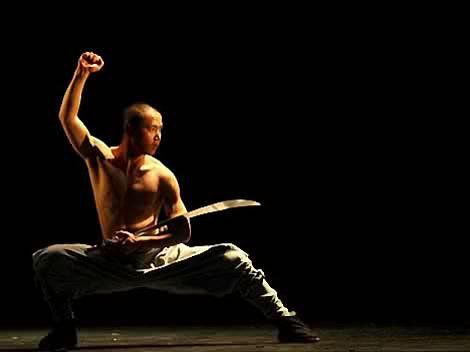 NANJING — Kung Fu, an ancient form of Chinese martial arts believed to have originated during the Xia Dynasty under the Yellow Emperor, is a cornerstone of Chinese civilization. The many schools of Kung Fu all encompass numerous philosophical aspects such as the concept of qi, loosely described as “energy flow” and believed to be a life-force. But as a martial art, it also emphasizes facets of external well-being, including muscular strength and cardiovascular capabilities. A practice anchored in both mind and body, Chinese Kung Fu was an integral aspect of ancient Chinese culture, and continues to be seen as an identifying characteristic of the Chinese civilization.

Kung Fu’s most famous branch is the Shaolin quan style developed on Songshan Mountain in Henan Province, China. It is both the oldest and largest school, from which many other forms of Kung Fu are believed to have derived. The long range northern style Chang quan is known for its fully extended kicking techniques and the mantra practitioners live by: “the best defense is a good offense.” Wan quan is a southern style of Kung Fu based largely on forms of striking, incorporating grappling and engagement in close-range combative and defensive techniques.

Be they northern or southern, all forms of Kung Fu rely on meditation, which helps to increase awareness while promoting relaxation. In meditation, practitioners focus on their qi, believing that harnessing this energy flow will allow them to effectively heal themselves upon injury.

This semester, Kung Fu classes in the Wan quan style are underway at the Hopkins – Nanjing Center. Chase Stewart, a first year Master’s student who has been living in Nanjing for over four years and a Kung Fu enthusiast, decided to help bring Kung Fu classes to the Center through his local Dojo. These classes provide students the opportunity to engage in a practice entrenched within Chinese society thereby enhancing both their experience in China and at the HNC while promoting physical and mental well-being.

“I have always had a very active lifestyle, and upon moving to China found Kung Fu as a way to stay physically active while gaining a more in-depth knowledge of the country’s culture,” says Stewart.

Exercise is a necessity not just for longevity of life, but also an integral part of releasing stress. One of the biggest takeaways from Kung Fu according to Stewart is “putting into perspective mind, body, and spirit, and learning how to balance the daily dealings of everyday life situations.” At the HNC where students not only take graduate level courses, but also have the added element of learning in a second language, prioritizing and dealing with stress is essential for success.

In China, a common saying is Man Man Lai (慢慢来), which loosely translated means “everything comes slowly.” It is this concept that Stewart says has helped him gain patience and appreciation for this art while entrenching its values into his everyday life. “Seeing the things that the teacher is able to do in class, or the accomplishments of more advanced students is very impressive, however, I know it will take time for me to accomplish the same things they have.”

Overall, in a world that moves faster than anyone may realize, everyone needs time for themselves, time to reflect, and moments for stillness and meditation. Kung Fu not only successfully provides an outlet for stress, but also allows individuals to build strength both mentally, and physically, allowing individuals to prosper in other aspects of their lives while developing practical defensive skills. Students at the Hopkins–Nanjing Center have found in Kung Fu not only a channel of relaxation and a passage to dive deeper into ancient Chinese culture, but a method to draw on in learning to build determination. Stewart says of practicing Kung Fu, “This has helped me realize that anything I want to do worth doing is going to take time and effort…while finding a healthy balance in my life between academics, work, and social, and of course studying and improving my Mandarin.”