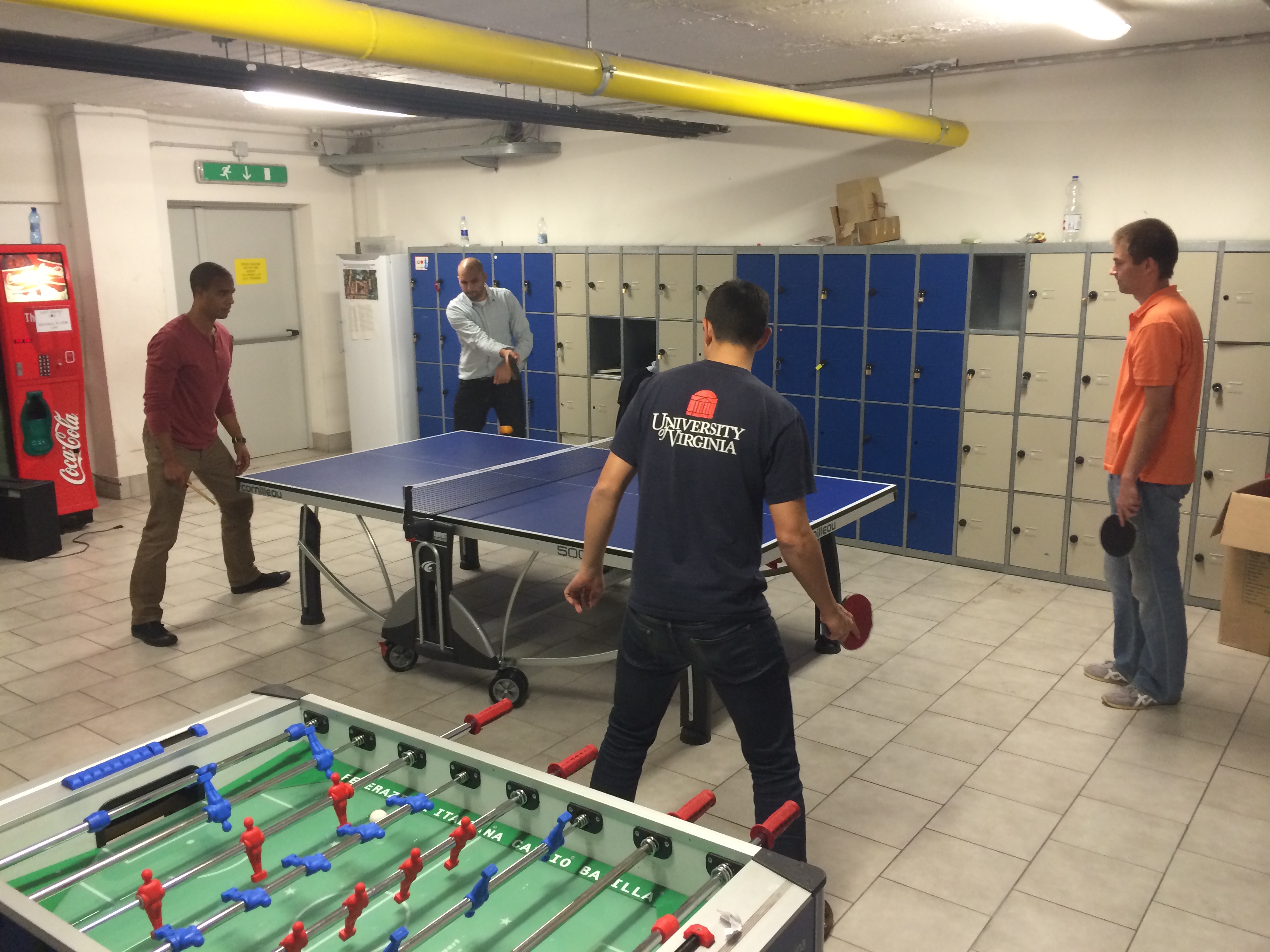 BOLOGNA, Italy – Ever since ping-pong diplomacy paved the way for a thaw in U.S.-China relations in the early 1970s, the sport has been part of the arsenal of policymakers in international relations.

In that spirit, the SAIS Pong Club in Bologna is running a 36-player singles tournament, with representatives from 13 different countries and four continents joining the fun. While the stakes may not be quite as high, the competition is every bit as fierce.

The tournament, which started this past week, starts with the 36 players split into four groups of nine. They will play a round-robin group stage before the top four from each group face off in the elimination rounds. The games take place at the ping pong table in SAIS Europe’s basement and are scheduled based on when each pair can fit it into their schedules, which can be especially difficult during midterms.

Roku Fukui, the club president, said he hopes to make the championship match an event.

“We want to make (the final) a big deal and possibly do it in the auditorium,” he said. “It’d be fun to put posters up of the two finalists and get the hype up.”

Initially, the club started out informally as people getting together during the day to blow off some steam.

“I think a lot of people use it as a stress reliever because everyone’s sitting down for most of the day,” Fukui said. “It’s fun to move around a bit and get some competition going.”

It has grown quickly into one of the more popular activities on campus. They have already gone through all their balls, requiring some members to purchase some out of their own pockets. Part of the appeal of forming an official SGA club was getting funding for equipment.

Ping pong certainly is not a new phenomenon in Bologna. The club found a video on YouTube from a 2007 tournament in Bologna and earlier this semester, a group of alumni came back to give a talk to this year’s students about their career paths (TSO, Sept. 26, “Bologna Alumni Impart Job Advice”). While in Bologna, they made their way down to the ping pong table in the basement quite often.

“When they came back for their talk they actually mentioned they spent a lot of time down there and I saw them playing down there and they were extremely good,” Fukui said. “They said they picked up most of their skills playing in the Bologna basement.”

The club’s website, SAISpong.blogspot.it, has a wealth of information, including player bios (complete with nicknames), merchandise for sale and a schedule of future tournaments.

Among the tournaments Fukui would like to have next year when this Bologna class moves to Washington, D.C. are showdowns against other east coast IR programs, the World Bank and the State Department.

“We want to have it, but I think it’ll be interesting to see how they respond to it. They might have the same sort of fun atmosphere where it’s sort of like a networking event,” Fukui said. “All these other IR schools know about ping-pong diplomacy and if we reach out with ping pong, it might be a good way to show similar academic solidarity as well as sportsmanship.”

Among the short-term goals Fukui mentioned are getting more women and faculty involved.

“I think it’d be fun to get some of the administration down there,” he said. “So far we have Lorenzo (Righetti from IT) and Giulio (Belcastro, of Giulio’s Bar fame), but we don’t want to limit it to students. It’d be fun to see Director Plummer down there hitting a ball around.”

Once they get things better established, they will get more tournaments going, starting within the SAIS Europe community before expanding, potentially out to the University of Bologna.

The majority of players are just there to have fun, Fukui said, but some students might use it to their benefit in the future.

“I think the whole team is slightly tongue-in-cheek and it’s funny to take the joke and see how far we can go and be really serious about something that shouldn’t be serious,” he said. “At the same time maybe someone will add it to their LinkedIn page and people will see they won a ping pong tournament at SAIS. It might cause their employer to giggle a little bit and say someone’s a light-hearted and fun-loving person.”

Previous post Ebola Fear and Panic Saner than you Think
Next post Has Developing Asia Found Its Knight in Shining Armor?
The SAIS Observer Staff