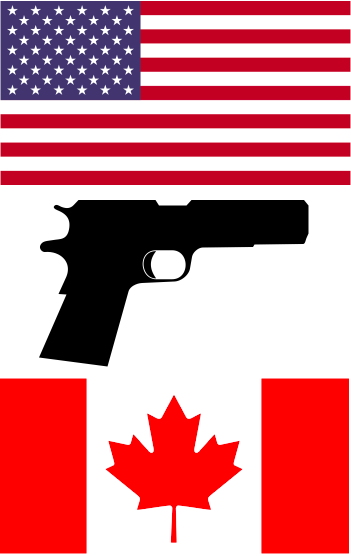 OTTAWA — U.S. exports of senseless mass shootings continue to rise in October-December thanks to Canada’s reduction of barriers to imports of ideologically driven acts of gun violence. The United States has enjoyed sharp increases in shooting spree consumption over the last decade, but analysts predict that the home market is now saturated with the blood of innocents at the hands of firearm-wielding psychopaths, prompting forays into international markets. It seems Canadians have developed a taste for the American classic.

“The October 22 shooting at Parliament Hill is yet another prime example of how quality U.S. gun murder is already making a difference in our country,” said Ed Fast, Canadian Minister of International Trade. “Meanwhile, Canada is on track to meet its goal of increasing comedian/pop-star exports to the U.S. by 30% by 2016.”

Johns Hopkins SAIS Professor of International Economics Pravin Krishna has named the exchange “guns for circuses,” noting that it is a textbook case of two countries exporting based on their comparative advantage. Critics, however, allege that the United States is systematically dumping its substandard massacres on Canadian markets, citing Parliament Hill’s paltry death count of two.

U.S. mass shooting production is expected to increase in 2015 to keep up with Canadian demand. U.S. manufacturers of youth incarceration are also ramping up production while searching for inroads abroad.