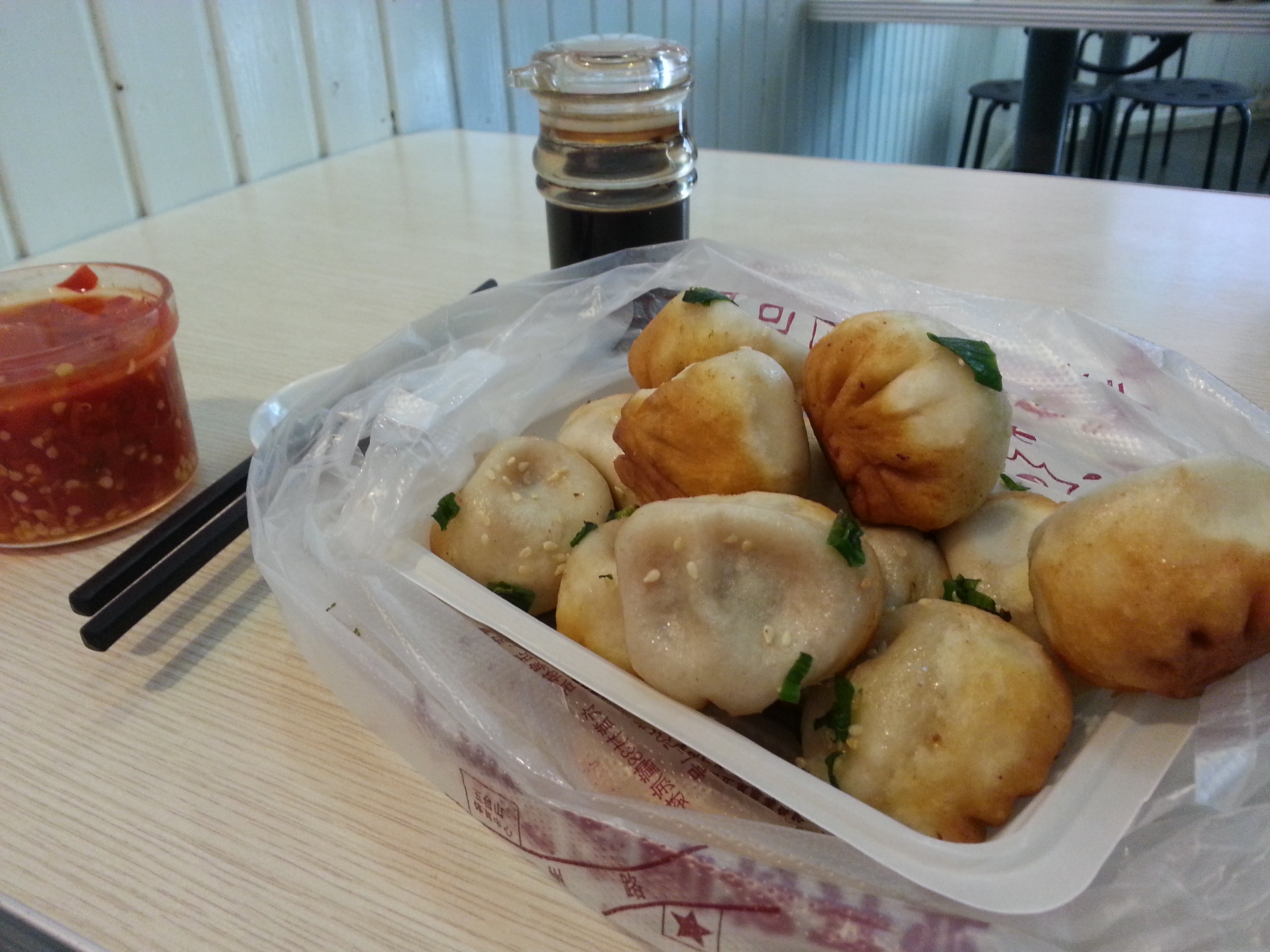 NANJING — Well, I ought to start by telling you what a “xiaolongbao” even is. Xiaolongbao is written in Chinese as “小笼包.” The first character, “小” or “xiao”, means “small.” The second character, “笼” or “long”, means “basket,” and the final character is “包” or “bao,” which means a small wrapped package (a meat filled bun, in this case). Xiaolongbao are a special variety of meat filled steamed buns. They are cooked in small bamboo steaming baskets which are stacked on top of each other over the source of steam.

Xiaolongbao are different from typical Chinese steamed buns for two main reasons. First, the skin, made of non-rising dough, is thin and tender. Second, in addition to meat (usually pork or shrimp), they also contain soup. They are said to have originated in Shanghai during the Song dynasty. Now, many southern Chinese cities claim to produce the best xiaolongbao in China. Some of the more prominent claimants are Wuxi, Changzhou, Hangzhou, and of course the original, Shanghai.

Just down the street from the HNC, there was a delightful Wuxi xiaolongbao store, which offered a basket of eight rather large xiaolongbao for about two dollars. They were without a doubt the greatest xiaolongbao I have ever tasted, and made for an extremely convenient lunch. One day I walked over there to have my xiaolongbao fix, but to my dismay, the store was closed. Hoping it was only temporary, I tried again the next day only to find that our beloved Wuxi xiaolongbao store had been completely gutted with nothing remaining but the large red letters on the window: “无锡小笼包,” “Wuxi xiaolongbao.” “I’m the maddest I’ve ever been,” said John Hackett, certificate student. Sean Linkletter, another certificate student, was also quite perturbed: “My convenient lunch options have been reduced from three to two… that’s an over 30% reduction!”

John, Sean, and I decided to set out on an epic journey to locate another reliable and delicious source of xiaolongbao, but we had no idea how long and difficult this journey would be. To our great surprise, when we asked the shopkeepers in nearby shops about our beloved store’s closure, none of them seemed to know it was ever even there. One shopkeep gave us relative directions to another xiaolongbao place, but when we arrived we were again disappointed by the lack of taste and unreasonably long walking distance. Our journey then took us to another part of town, into an area known as “bird flu alley.” There, we were able to locate a shop that sold baskets of xiaolongbao for a cheaper price, but they were smaller and steamed in metal baskets instead of traditional bamboo, and we just can’t have that.

In desperation, we decided to try another variety of meat filled buns known as “煎包,” or “jian bao.” “煎” or “jian” means “to fry,” but more specifically, to fry in shallow oil without stirring. Just like xiaolongbao, jianbao also contain soup. With hearts filled with doubt, we purchased one plate of eight jianbao for about 80 cents and sat down to eat. As soon as we took the first bite, we knew our journey had finally come to an end. The texture, the flavor… it was all so glorious. We then continued in the traditional Chinese fashion of mixing dried hot peppers with vinegar and dipping our jianbao. We liked them so much we decided to order another three plates each, which we did not regret until we had to walk back to campus. Fortunately, it’s only about an eight minute walk, which is just within reasonable lunch range.

The day is safe. For now.