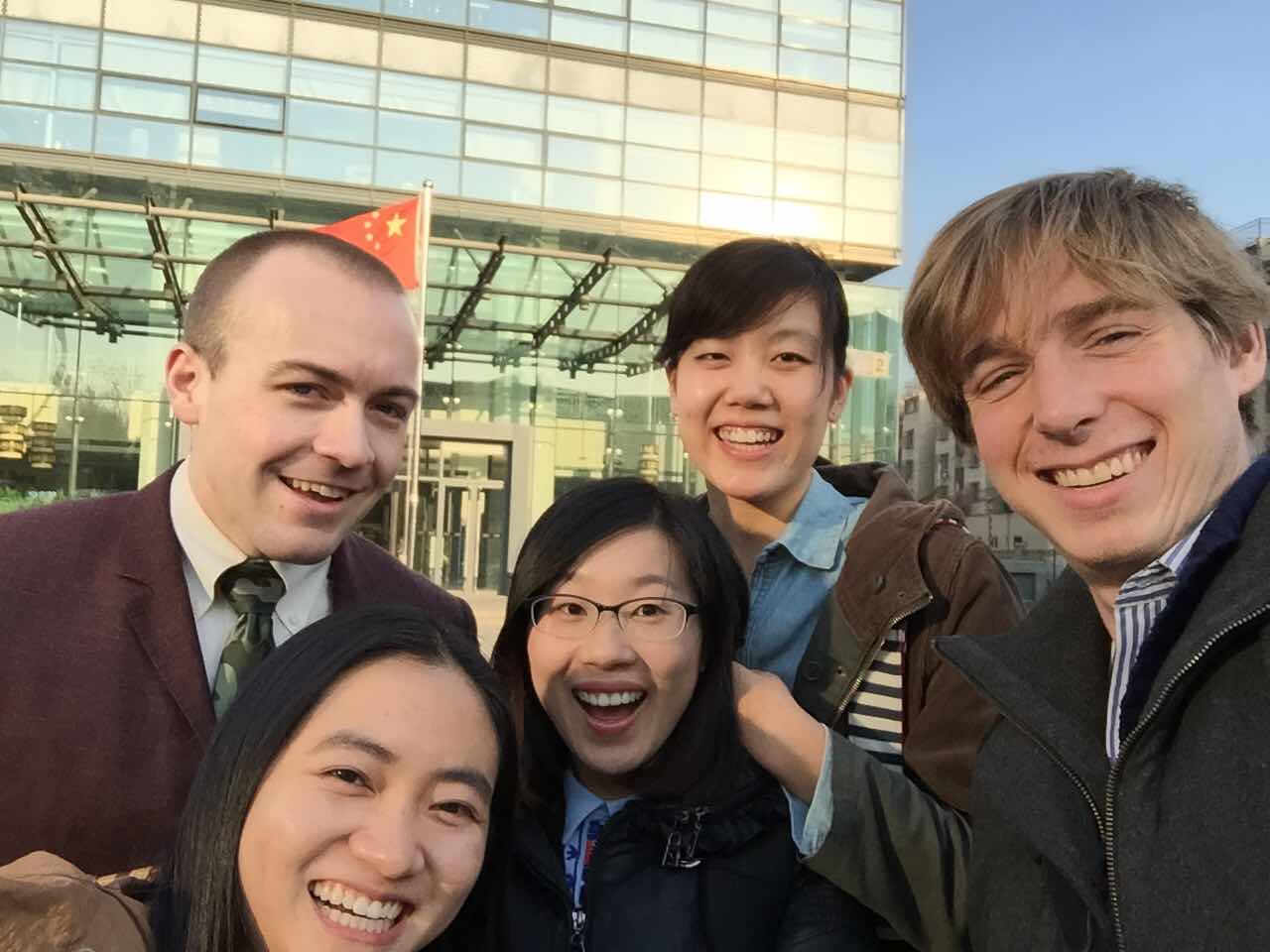 This past Monday, members of HNC’s Moot Arbitration team zipped up to Beijing on the high-speed train to compete in the 14th annual Willem C. Vis Commercial Arbitration Moot. Team members included Shuying, Zhang Jinjin, He Mu, Chase Flanders and I, Me, the person writing this article. As a member of team HNC, I would like to comment on the process of how I went from being a political science student who had never heard the words “Moot Court” or “Commercial Arbitration” before, to utterly demolishing the competition with my superior legal reasoning.

When I first came to HNC, I decided I’d take a Law class just to see what it was all about. So I signed up for Professor Thomas Simon’s class: History and Philosophy of Law in the West. During our first session, Professor Simon mentioned that HNC does moot court, and interested students could come and speak with him anytime about participating. Being the clueless and ignorant political science student that I am, I thought that just meant that we’d all get together in some classroom once a week and pretend to be lawyers, which I thought would be great fun, so I went right up to Professor Simon later that day and told him I was interested. “great!” he told me.. “You’re on the Vis Commercial Arbitration team!” He said we would have the problem within one week, the memo from the respondent within two, have to write our memo for Claimant within three and go compete in four.

Like any good politician, I pretended to already know what all of that meant, and then only later go and look it up on the internet. Apparently, as I discovered, this Moot Court thing is a pretty big deal. Vis Moot is a simulation of a real international commercial arbitration between two companies. There are two sides to the argument, the claimant side, and the respondent side, and all teams are required to prepare and argue for both. We decided to divide our team so that Jinjin and Chase would do Respondent, He Mu and Myself would do Claimant, and Shuying would be our researcher for both sides.

The first step after we received the problem was to write a memo for the claimant side, which I was less than elated to hear needed to be about 35 pages in length, detailing the legal basis of our argument against respondent. Second, we had to pour through the memo from the Respondent side of the first team we would be facing. I probably could have been a much bigger help to my team during this phase, but hey… moral support, right?

Our problem consists of a dispute between two companies regarding the purchase of 30 to 100 tons of Coltan, a metallic ore used in the production of capacitors. The companies had a dispute over the amount of Coltan to be purchased, the terms of delivery, and procedural issues regarding previous rulings by an emergency arbiter. The buyer, who I represent, sought arbitration against the seller who attempted to back out of the contract after the dispute. My job is to represent the buyer regarding the issue of contract avoidance, while my teammate He Mu would deal with the procedural issues.

On the three and a half hour ride up to Beijing, I poured over papers and managed to fudge out something of an argument. Before I slept that night, I was feeling hungry, so I sought our researcher. “Shuying”, I said… “you’re the researcher, right?” “yes” she replied. “Can you research the number of McDonalds for me?” To my great surprise, she did it.

The next day we sat down for our first tribunal. We sat facing our opposing team, and three arbiters (who happen to be professional real life arbiters). He Mu presented her statement first, and did it with awesome lawyerly eloquence. I presented my statement second, and I don’t think I did too bad, especially considering that I didn’t have a statement. He Mu definitely carried our team to victory in this round. I was way out of my league.

Our claimant team had the next day off, so I took the opportunity to put myself into seclusion and prepare a proper argument. Six hours and six large Americanos later, I felt like I had something good. After going over it with He Mu and Jinjin, I made some final tweaks. The next day, which is actually today, this morning, we got up and reported for our second arbitration at 08:30. He Mu did well as usual, and then it was my turn. This time… I killed it. I nailed my points to the ground with the hummer of logic and reason and left my opposition council grasping for words. It felt pretty good, seeing as he was a student of what I am told is the best law school in China. After our tribunal, the arbiter chairman even commented on my eloquent use of evidence to support my argument. I think what really did it was that I argued the case like a politician, whereas my opposition was expecting me to argue it like a lawyer. Sorry!

Tonight we find out if we’ll be staying for the finals. Wish us luck!