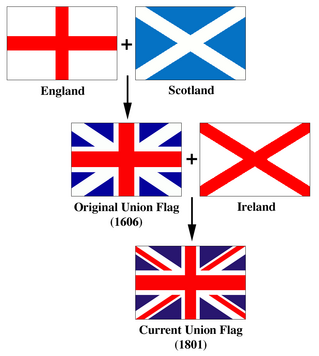 NANJING — A few weeks ago, someone asked me if I was from England. I replied that I was from the U.K., not England, even though I live in London, which happens to be located in England. Unfortunately, me correcting her came across as somewhat condescending; after all, if someone asks if you are from California, you would not correct them by saying you are from the United States. The reason I corrected her is that the distinction is as much about identity as it is geography, maybe more so. Geographically speaking, the questioner was right. I live in the English part of the United Kingdom. However, I do not identify as being “from England” because I am not strictly speaking English. I am British with Scottish ancestry and an English accent.

The issue of identity in the U.K. has always been complicated, not least because the United Kingdom used to be several separate nations which were frequently at war with each other. Wales was actually conquered and annexed outright by Edward I of England some seven centuries ago, and, as the Scottish independence referendum shows, some would like to become separate nations again. Some British people, perhaps out of discomfort at this scenario, will get annoyed when foreigners use England and Britain interchangeably, as if they were the same thing. However, many Britons — and I must include myself in this category — have underestimated the extent to which England really is the face of Britain.

Starting with accents, when most people think of a “British accent”, what they actually think of is the posh sounding, upper-middle class, English cadence. British television shows, especially those popular abroad, overwhelmingly feature this style of speech from the upper class English aristocrats of Downton Abbey to the fast-talking Sherlock Holmes, who barely leaves London throughout the show, let alone England. Top Gear, a very popular car show with 350 million viewers worldwide, features three English presenters. The latter show has proved so influential that there are now American, French, and South Korean spinoffs on air; even a Chinese version is currently in production.

As for the U.K. itself, England constitutes over 80 percent of the country’s population and GDP, and it therefore dominates the political and cultural faces of Britain. The U.K.’s version of the Federal Reserve is called the Bank of England, even though it serves as the central bank of the entire United Kingdom, and was first conceived and founded by a Scottish entrepreneur named Sir William Paterson. London was the political and commercial capital of the Kingdom of England for longer than the United Kingdom has even existed. And what is the dominant language in England, Scotland, Wales, and Ireland? English. Even in the independent Republic of Ireland, Irish Gaelic is a minority tongue in its own native land, with only one-sixth of all Irish citizens speaking it with reasonable proficiency. This in spite of the fact that both English and Irish Gaelic have equal legal status in Ireland.

In light of this reality check, I must admit that it is hard to complain when people conflate England with the United Kingdom. The phenomenon is similar to the issue of Chinese versus Han. Most foreigners, especially if they have never been to China, equate “the Chinese” with the Han ethnic group. In spite of the presence of 55 other ethnic groups and their respective languages and cultures, the history and culture of China is very much the history and culture of the Han, who constitute over 90 percent of China’s population. Hence, to many non-Chinese, the Han are the face of China.

The overwhelming – some might say overweening – dominance of England over the Union has certainly weakened in recent years. The case for Scottish independence always rested on weak and shallow economic and ideological foundations, but much of the support stemmed from a legitimate sense of dissatisfaction with distant rule by what is sometimes called “The English Establishment.” The phrase is not as meaningful as some might believe, given that many Labour government ministers, including former Prime Minister Gordon Brown, were Scots; but the issue of England versus Britain is one that most Britons, especially those of English extraction, do not acknowledge very often, if at all. But the issue is very real, and the irony is that foreigners who look at Britain and think of England probably see it more clearly than Britons do. If the Kingdom is to stay united, the question of Britain and England needs a clear answer.

Next post Careers: Alexandra’s Day Out in Geneva
The SAIS Observer Staff