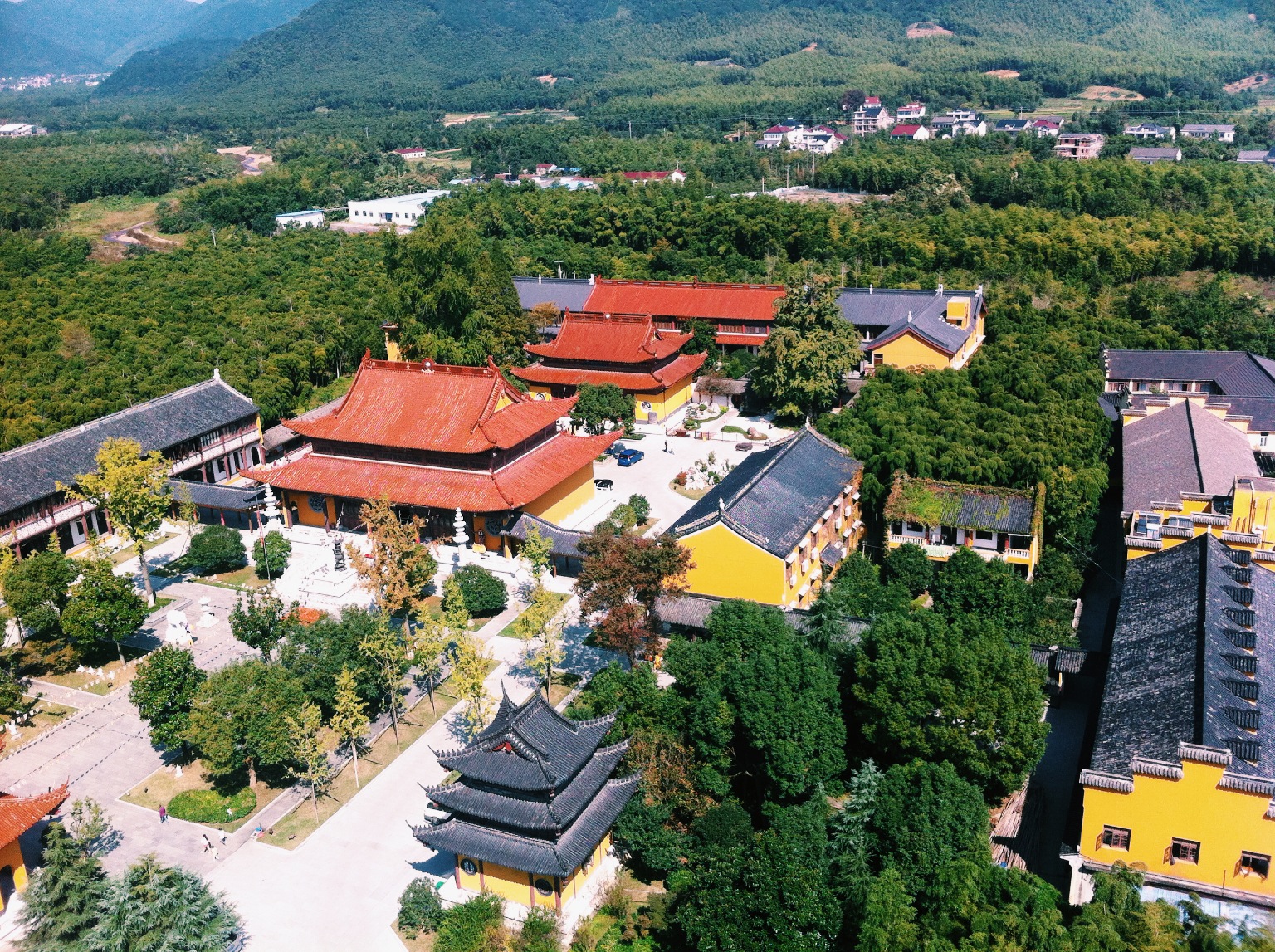 NANJING — As we climbed off the train in Changxing, Zhejiang province, my travel companion and I looked at each other. “Well, where do we go now?” I mused. “Uhh…” A friend had told us about this place, but the internet had nary a word on how to actually get there. The Buddhist Temple we were looking for existed, of that we were sure, but information on how to get there did not.

“Take the train to Changxing, then get on a bus.”

“I don’t remember, it’s outside the station, someone will know. Take that bus for twenty minutes, then get off and walk a bit…”

“I forget, someone will know. Then walk a bit and get on a different bus…”

“How will we know where to walk??”

“Don’t worry! Ask someone. Get on that bus and go for thirty minutes and then you’ll arrive at the temple.”

“Let me guess, ask someone when to get off?”

“No dude, it’s a huge temple, you can’t miss it! Once there, go find a monk and ask if you can stay there.”

“Yea, but you gotta say it in Chinese, cuz’ they don’t speak English…”

Eventually, we arrived at Shou Sheng Temple (寿圣寺). When we first walked through the giant red metal doors, between the massive yellow walls, past the demonic looking Buddhas (who LOOK frightening to scare AWAY the demons), and inside, we were amazed by the beautiful, rolling hills and the crisp, clean air that surrounded the temple. The temple has hundreds of years of history, though the actual temple was rebuilt (as most temples in China are these days) after being destroyed during the Cultural Revolution (as most temples in China were during those days).

Once inside, we were directed to an elderly caretaker who showed us to our rather spartan rooms. As it was early evening, we were informed dinner would be served soon. After eating a meal made of a healthy portion of vegetarian gruel and rice, we returned to our rooms and decided to retire early as we had a 4:30 a.m. wakeup call, when one of the monks would walk around banging a gong to ensure everyone was on time for 5 a.m. prayers.

Gong ringing came, but instead of getting up immediately, we decided we still had time for a nap. We did not actually sleep through prayers, but we got there exactly at 5 a.m., and like most things in life, showing up on time is showing up late.

Prayers lasted an hour and consisted of a long string of hums and chants, after which we made our way into the canteen to eat. Outside, we chatted with a monk who inquired about our plans for the day. We said we wanted to do some hiking in the surrounding mountains. He abruptly stood up and said he would be right back.

He returned and said if we were ready, one of the monks who worked at a temple up the road would be leaving shortly and we could go with him. This second monk explained that it was his job to go in the morning and manage the tea. Apparently, the area had been a tea tributary during the Tang Dynasty and was famous for its tea. The monk brought us inside, without a ticket fee, and showed us around the temple.

We got to talk to the monk for almost an hour and this ended up being the highlight of the trip; the setting, the monk, and the tea.

The following morning proceeded much as the day before, except this time we were early to prayers. We took our places and chanted along with the hypnotizing cadence of the monks. During breakfast, there was a bit of palpable sadness in the air while eating, since we knew that we would soon be boarding a bus and heading back to the city, away from the lush green hills and clear blue skies. But there was also a bit of joy in knowing we had found our destination and that we could return here the next time we needed a weekend away.